Artisan brand Naviluna is restoring a heritage bungalow, at walking distance from the Mysore Palace, and converting it to a brasserie

Battered by age, a 120-year-old bungalow in the heart of Mysuru has found an unlikely raison d’etre: Chocolate.

Helming the restoration is David Belo, who delights in tilting at windmills. Ten years ago David arrived in Mysuru on another Quixotic mission: to create a wholly Indian, artisan chocolate from bean to bar. His artisan brand Earthloaf — renamed Naviluna — exceeded expectations when it was launched in 2012.

Using underrated Indian cacao beans, the bars are hand-crafted at low temperatures to highlight their terroir-influenced personalities. The 2020 winter collection, for instance, features a Malabar Forest chocolate bar made with cacao from two villages in protected forest land, and sweetened with unrefined cane sugar. It also includes their award-winning Kerala Single Origin bar, spun from organically certified cacao grown by a co-operative of small farmers and fermented in cedar wood boxes. And there is an experimental Bambooshyam, featuring bamboo shoots steeped in cigar infused caramel and date syrup, and paired with lemon grass. Given the pleasing complexity of the bars, it is not surprising that their creator David is a restless maverick, eager to learn from every adventure. Born in Cape Town, he worked as a bartender in London and Sharm El Sheik (Egypt), moved into artisan baking in Glastonbury, and — between all this — found the time to become a “front man and guitar shredder” with a punk rock band for two years in London.

Over the phone from Mysuru, where he is knee deep in lime plaster, bricks and wooden beams, David sounds elated with the busy chaos. Determined to restore a graceful heritage bungalow in the town’s central business district by converting it into a chocolate factory and brasserie, David teamed up with INTACH (Indian National Trust for Art and Cultural Heritage) and the family that owns it, to plan the restoration as lockdown eased in June last year. Work began in November.

They were about 70% through when David realised they were running short of funds. So Naviluna turned to Kickstarter, and managed to hit their £5,000 goal in a nail biting finish. Back on track, they aim to complete restoration by April 2021, and open two months later.

Explaining his fascination with the property in a lilting Kannada-influenced British accent, David says, “The architecture is just gorgeous. It is the ancestral property of a Madras family, but nobody has lived there in a decade. The building is a hybrid of Mysore and Tamil styles, speaking of the family’s history. There is a central courtyard with wooden pillars, typical of what you would see in Madras.” 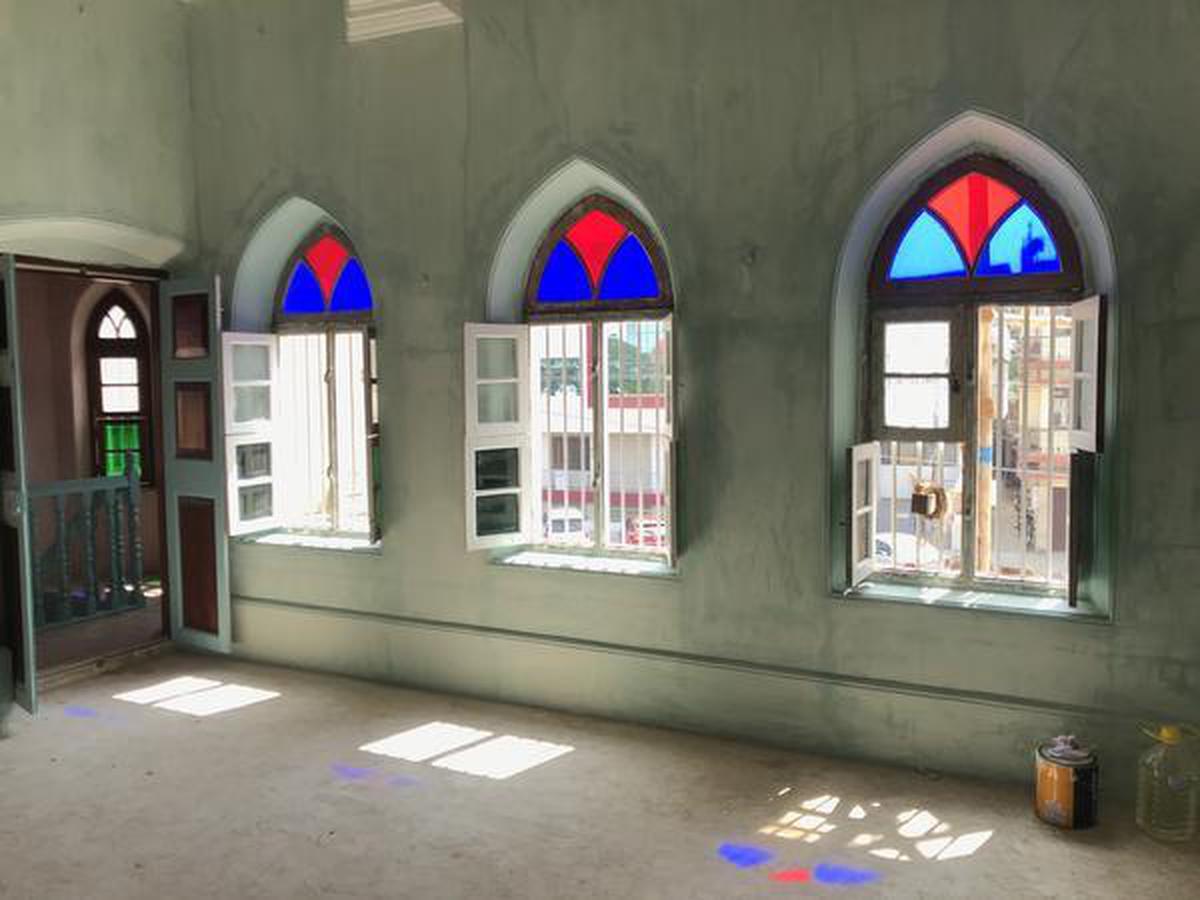 The bungalow retains its original stained glass teak windows, in vibrant scarlet and deep blue, and has stoically weathered the years.

Explaining that they have to “use the materials used at that time for restoration” David says they are working with natural oxide colours sourced from Rajasthan.

“And we have artisans from Jharkhand here who are crushing oyster shells for the lime plaster,” he adds. “The mortar is all lime plaster. There is no steel reinforcement, all clay bricks. ”

Fortunately, the project was not overwhelming as David got in some practice beforehand. “I was quite lucky. I moved into a 100-year-old house and finished the restoration with the owner before moving in.” He jokes about unintentionally joining the family business. “My grandfather, originally from Portugal, was a contractor and a builder in Mozambique,” he says, adding enthusiastically, “I’m loving the process.” 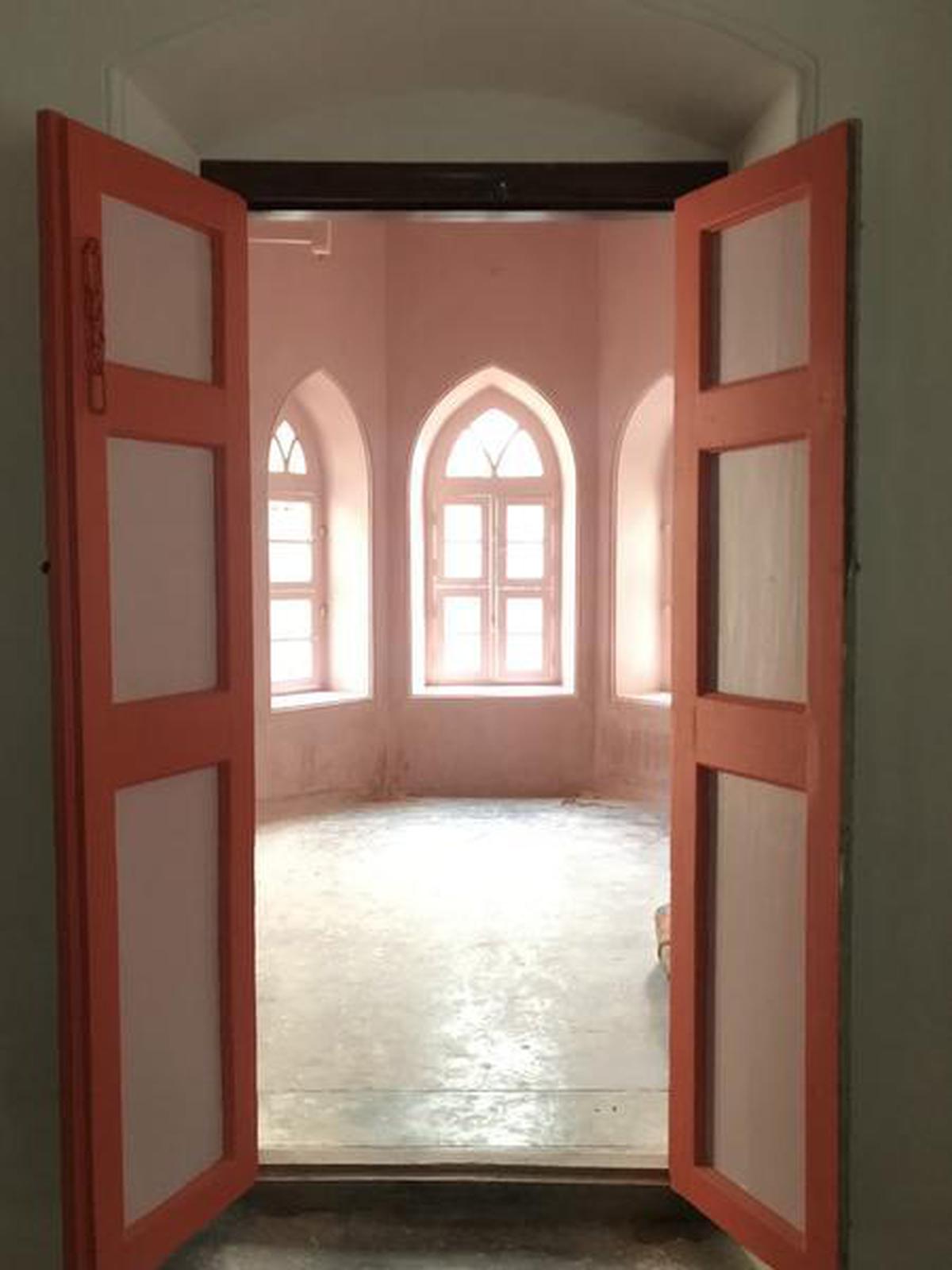 David’s plans for the bungalow, which is walking distance from Mysore Palace, include setting up a brasserie, dessert room, artisan bakery and alfresco café. On Kickstarter, their stretch goals include kombucha on tap and a luxe espresso machine. The café will have desks for co-working. David hopes to create a space that will evolve into a cultural hub.

For the food, like his chocolate, he intends to keep the soul South Indian. “The idea is that the flavours will be local, and the ingredients local, but the composition will be European,” he says. “The heritage culture here is great,” he states, adding that he loves the local fish curry and masala dosas. “However there is space for a new age gourmet culture.”

Plans include serving cured fish on the terrace. But David has not started working on the menu yet. “So far, I am only thinking about flavours,” he states, adding with a laugh, “First, I need to do the electric lines and plumbing.”