A swig of the Godless Doppelbock

Merch is old-school. Leading thrash metal band Godless goes a step ahead and creates its own beer instead: a chocolatey, nutty, and dark brew made in collaboration with Hyderabad’s Over The Moon brewing company

When Abbas Razvi, Kaushal LS, Aniketh Yadav, Moiz Mustafa and Ravi Nidarmarthy of Godless, a metal band from Hyderabad, aren’t discussing music or jamming, they hold forth on one topic (apart from music) that unites them — beer.

They recently collaborated with Hyderabad-based Over The Moon (OTM) brewing company and introduced Godless Doppelbock, a dark beer. A bock is a strong lager.

Bassist Abbas Razvi says they chose to work on a dark beer to go with the profile and genre of the band. 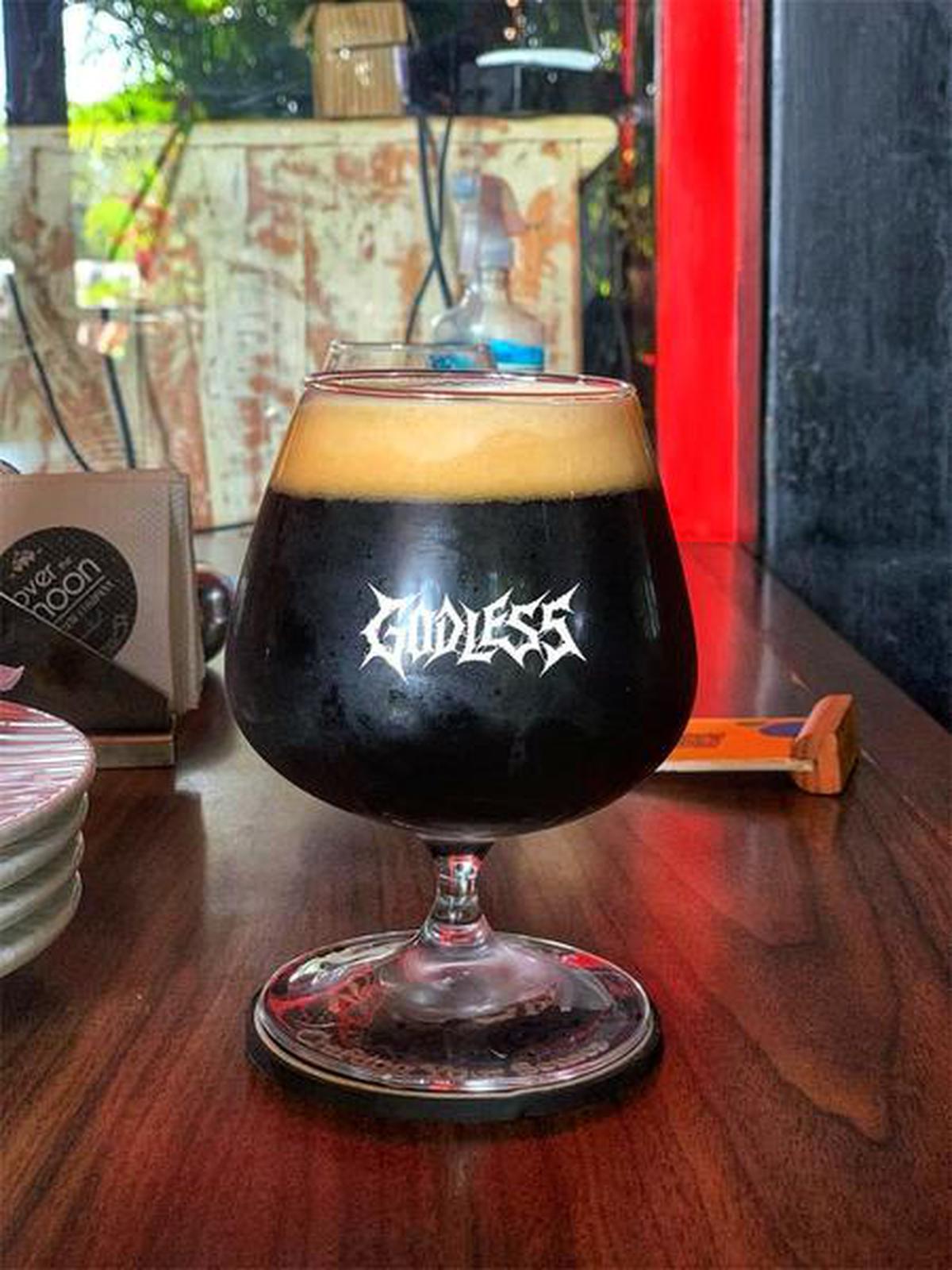 With eight albums under their belt, the band members say their love for beers, especially European beers (German and Belgium beer culture) became a passion when they travelled to Europe to perform at various music festivals.

Abbas recalls, “After our performances, all we could think of was beer. The Germany and Belgium brews started growing on us and we realised we’d developed a taste for stouts. Thankfully, Hyderabad has the kind of beer we love.”

Their love for the malted drink, especially stouts, often found them discussing flavours and brews. Abbas says it was an indication of something they missed drinking. “So we discussed it with Nicholas, the brewer at OTM and he was too happy to take our inputs and work on the flavour profile we wanted,” adds Abbas. He adds, “We spent about a month discussing the taste, and once Nicholas started the brew we made several rounds to work on the flavour profile. We were very sure that we want something dark, medium to full-bodied, and yet different. Godless Doppelbock is a slightly stronger bock. Once the beer was almost ready, we felt we wanted to complement the chocolatey notes with a nice after-flavour that would balance the bitter aftertaste.”

They chose hazelnut, and seem very happy with their choice. “It is not just us; dark beer lovers around the country are loving it too. When we put a teaser about Godless Doppelbock, our followers from Northeast to Pune enquired about when they can lay their hands on it. Unfortunately, it is only on tap at OTM in Hyderabad.”

On Benares, a new entrant in the 2021 Michelin Guide