If there is one thing the lockdown has helped us realise, it is the range of our local food and resources. As pantries got lean early on, we turned to seasonal food, sometimes even growing our own.

In Goa, foraging has always been part of the food culture — from wild vegetables like taikilo (cassia tora) and bamboo shoots to snails from the paddy fields. At the moment, it is the season for a popular condiment that sprouts only during the early days of the monsoon. Neither a fruit nor a vegetable, the ghodka or bibayo are germinated cashew nut cotyledons (the embryonic first leaves of a seedling), and are usually added to curries to give them a nutty flavour and bite.

I discovered this ingredient six years ago, when I visited my native village of Mashem in Canacona. I’d accompany my husband’s family when they went to cashew orchards after the rains subsided to collect them. “Fallen cashew nuts that are not picked up during summer provide free food during the monsoons,” says Miguel Braganza, an agriculture expert and former secretary of the Botanical Society of Goa. Interestingly, these seedlings were eaten even before people discovered how to extract the nut because “it didn’t require one to deal with the corrosive chemicals in the seed coat”. Treat for a rainy day

Bibayo is never the main ingredient, but used as a supplement in dishes like tonak (curried beans with coconut and spices) or just sautéed with onions and grated coconut. Hansel Vaz of Cazulo Feni, and the man behind the state’s first Feni cellar, Beco das Garrafões, remembers eating them raw as a snack during his childhood. However, he says harvesting them is not an economical option. “The price of cashew nuts is good, so it becomes uneconomical to forage bibayo,” he says, explaining how harvesting them kills saplings. And in a state where over 56,000 hectares of cashew is cultivated every year — to feed the feni and cashew nut industries — that can be a touchy topic.

But others argue that it is a good way to use up extra saplings that will not grow under the shade of older trees. “These are always excess seeds in the orchards, gardens and backyard that are sprouting now. They are hyper-local, not many people know about them, and they aren’t sold in markets,” says Assavri Kulkarni, photographer and author of the photo book, Markets of Goa. She suggests eating them raw (like a cashew nut), to retain the nutrients (high in protein and zinc), or to add them to coconut and spice-based curry or pulao. 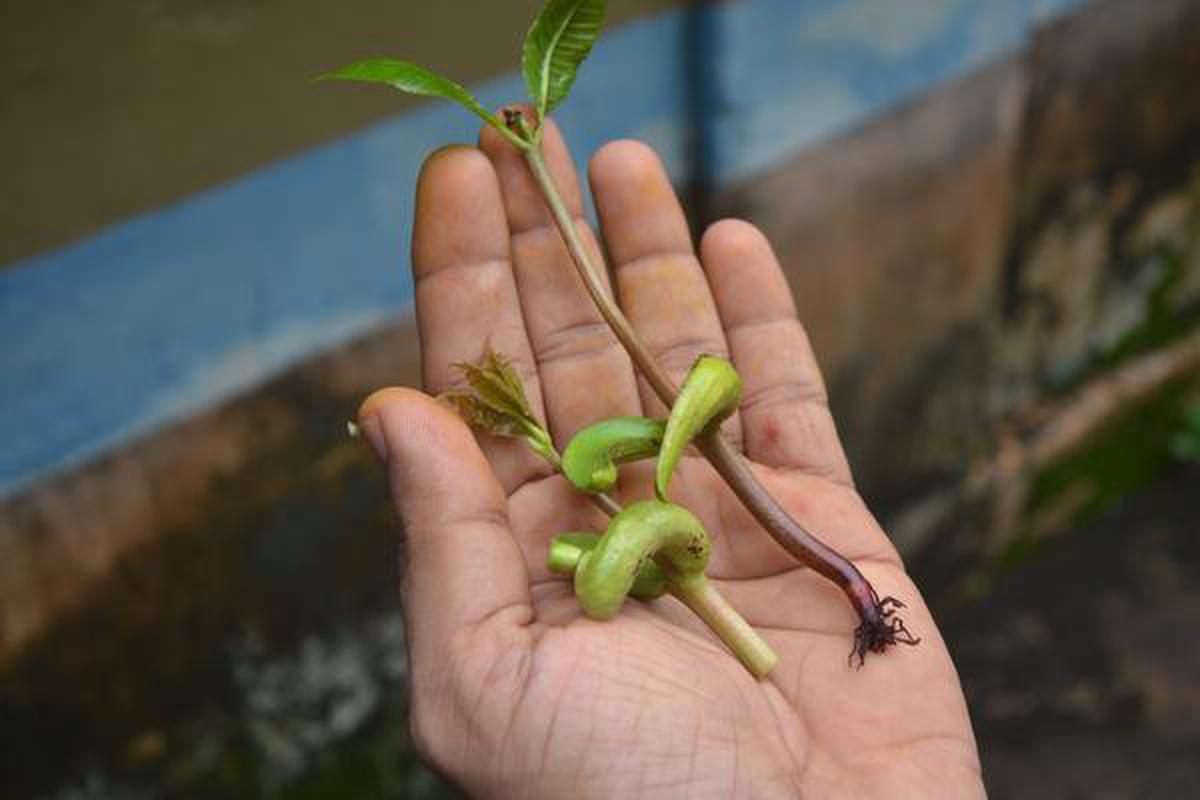 For many like Marius Fernandes, who is involved in reviving Goa’s traditional way of life, it is also about re-connecting with the past. “Back in the 1970s, we used to go hunting in the hills and cashew groves. Now, most of them have been fenced, so it is getting rare,” he says. Instead, over the last five years, he’s taken things into his own hands. He collects seeds in May and plants them in his backyard and waits for the rains. “They start germinating by the third week of June. I use some for cooking, some for growing, and some I gift to my friends,” he says.

Thanks to social media, and awareness about local ingredients, bibayo is getting noticed now and more urban dwellers are starting to experiment with it. But Kulkarni believes the limited quantity available is part of the fun. “It is not something that you can grow like a seasonal vegetable. So one should enjoy what one gets, to keep up nutritional levels and for some warmth during the rains.”

Rent a kitchen to keep your business going