Chefs on where to source the best spices in India

Seven chefs, seven spices and seven dishes where they are the hero ingredient. Tempted?

Who better than chefs to give us the inside scoop on where to source the best spices. From Kashmiri saffron to Kerala’s spicy kandhari chillies, here’s a quick guide to help you stock up the spice box. 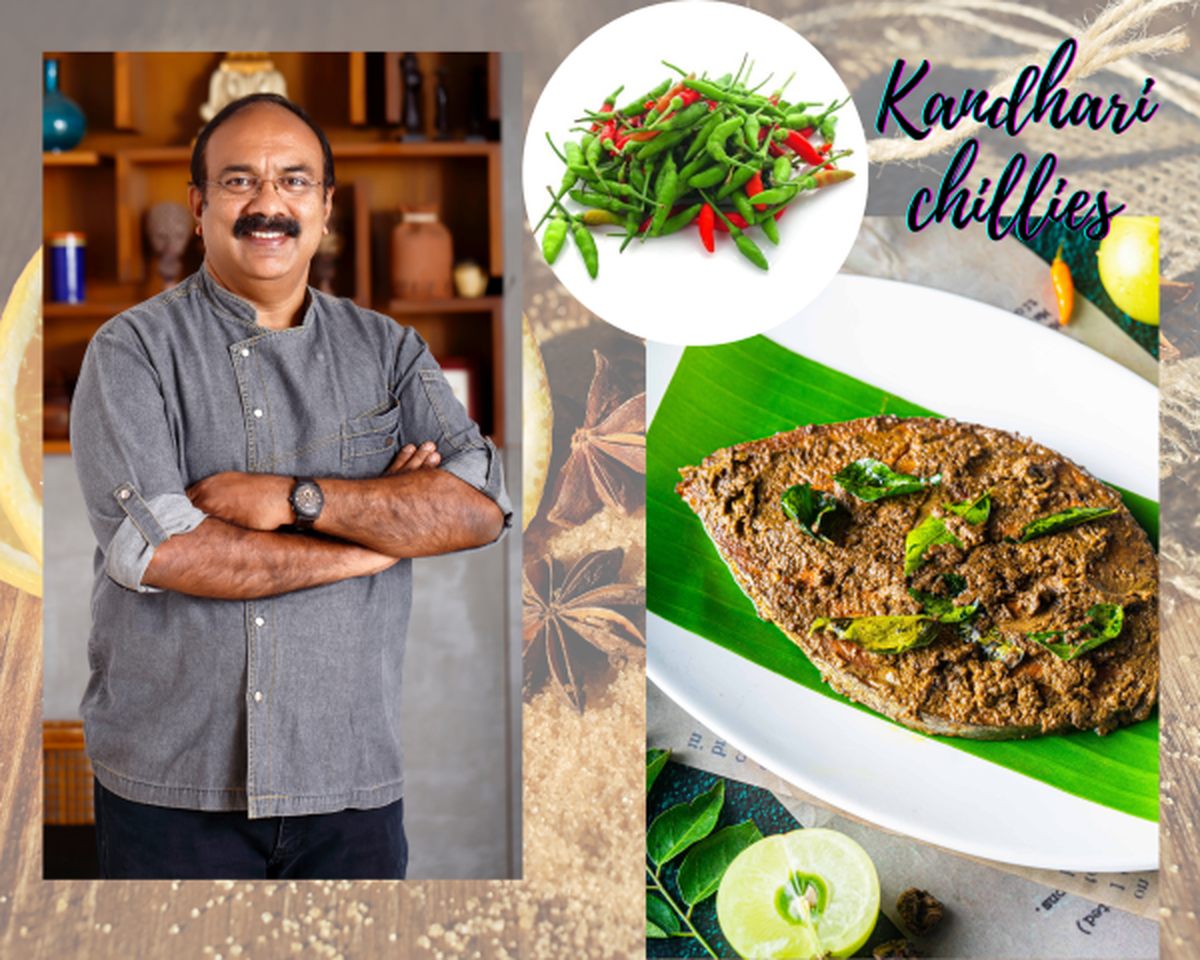 Before he started the restaurant, Mathew travelled the length and breadth of Kerala, exploring the food and the ingredients available. In Netta (where he is from) he sampled tribal cooking. “I found that they use wild and naturally-grown spices, which they crush and apply on meat or fish before grilling it on river stones,” he says, adding that the kandhari chilli stood out. “The chillies grow wild in the forests and the rubber estates. Today, both the tribals and the estate workers forage and bring them to us.”

Plated: “Inspired by the tribals’ masala, I came up with our kandhari and gooseberry mix, which we use in our Fish Nellika Masala.” 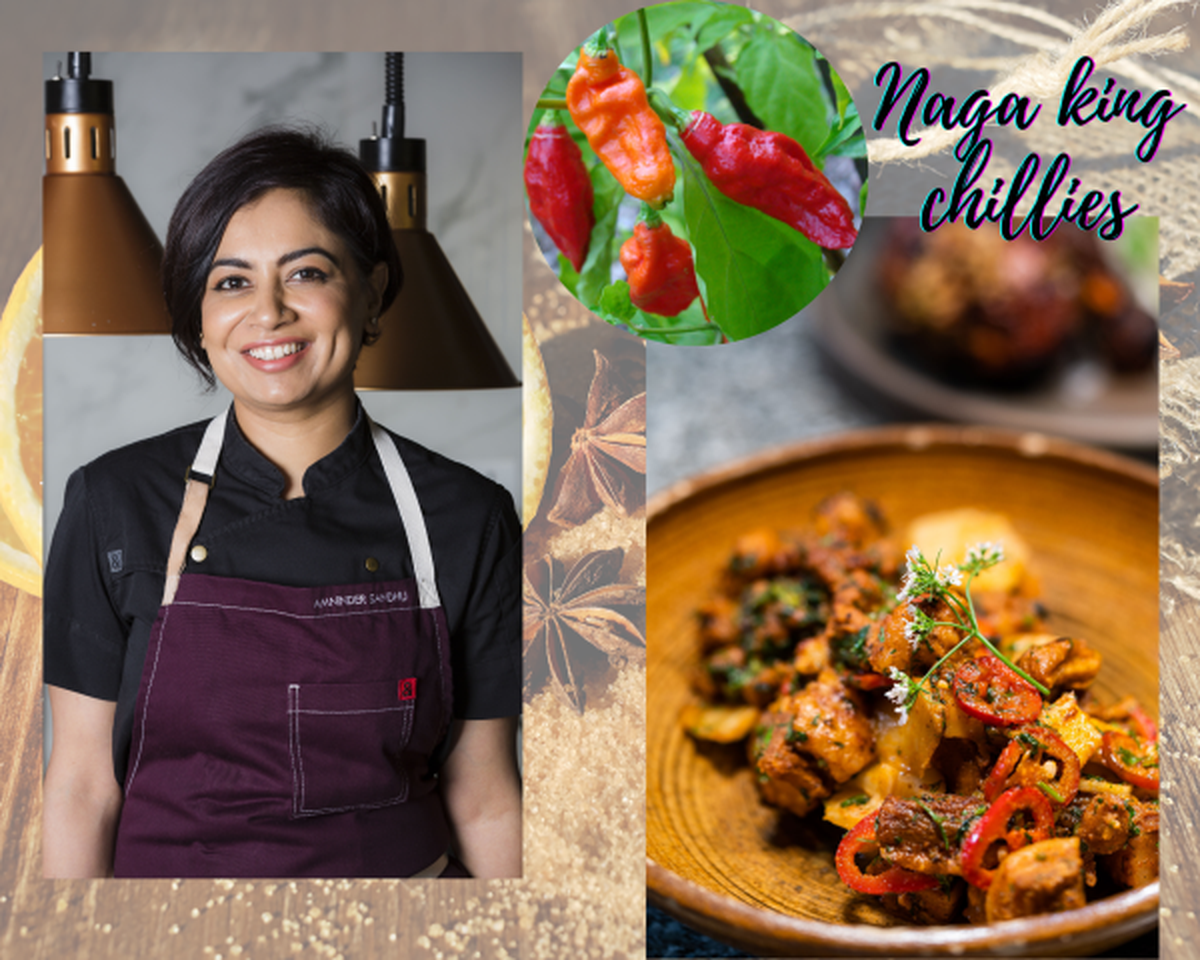 “I use Naga King chillies [or bhoot jolokia, ghost peppers] because of its smokiness and potency,” says Sandhu. Since there are “multiple hybrid varieties of bhoot jolokia floating around, I source all my chillies from my mum’s tree and garden in Jorhat, Assam — because the region of origin [and seasonality] are key while sourcing Naga King chillies”. 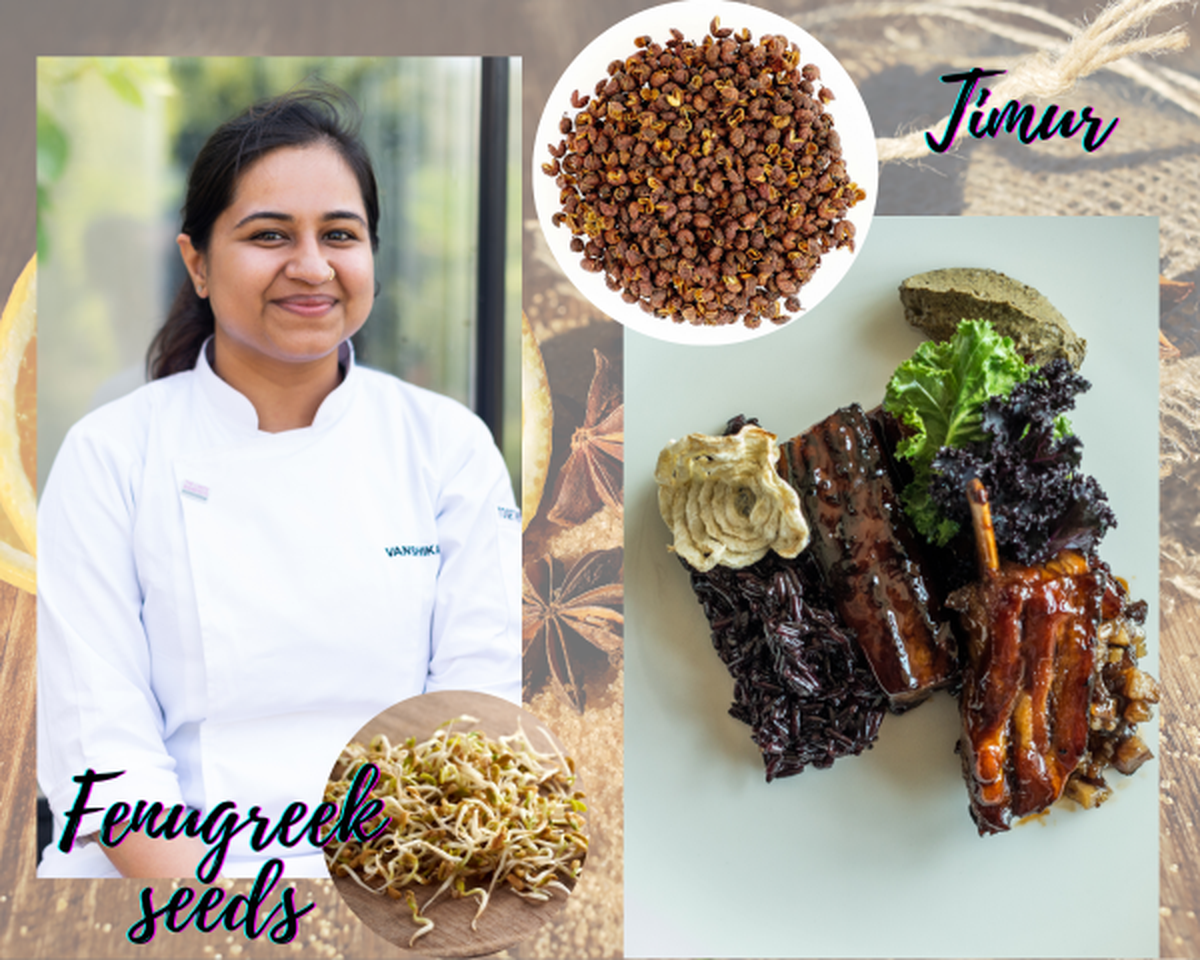 Bhatia remembers her grandparents soaking fenugreek in water overnight and drinking the essence. “Dieticians also recommend this because it is good for the digestive systems, reduces water retention and inflammation in the body,” she says. The chef uses fenugreek seeds, sourced from Tijara Farm, that are sprouted and dried for a richer, deeper flavour. Details: @tijaraorganic

Plated: “We use it in our Karnataka-style Coconut Stew with white pumpkin and Malabar spinach. Sprouted fenugreek seeds and fennel are the main spice.”

Though wild Himalayan timur, the Indian Sichuan pepper, grows in Uttarakhand, Bhatia sources hers from Shillong. “It’s just more zingy,” she says, adding that besides its pepperiness, the timur from the Northeast also has a floral flavour. “I think it’s the soil and the rains that they get that adds to it.” 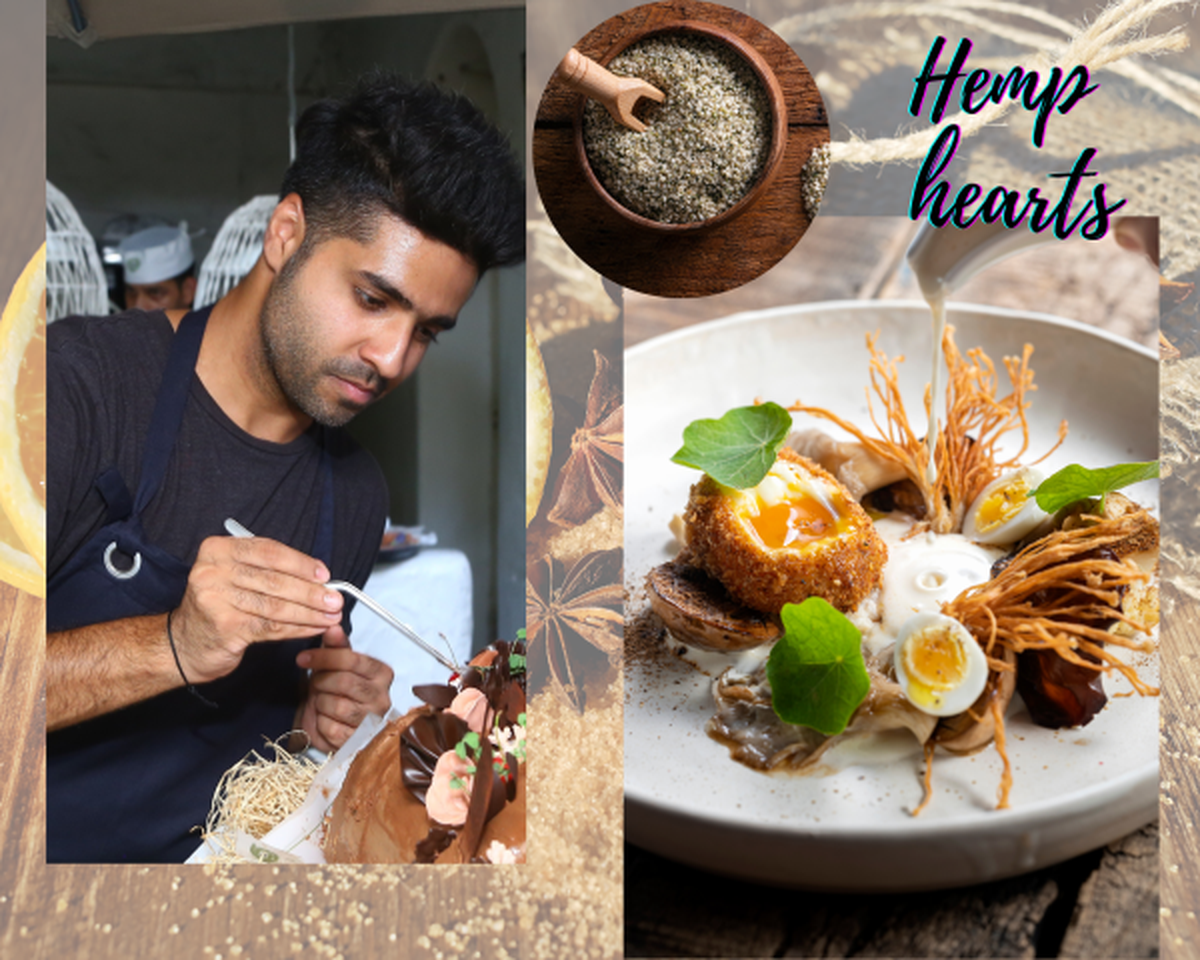 While they source most of their spices from their regular vendor, Oberoi has discovered a few trusted people from farmers markets. And, most recently, from Instagram! “A little over six months ago, I came across The Big Bhaang Theory [who sell hemp seeds, hearts and oil] and reached out to them. Hemp seeds are like coriander seeds, hard and tough to eat [best used in a tadka]. But this brand breaks the seeds open and removes the heart, which has a very unique, nutty flavour. I was going to launch my new summer menu with them, but that’s on hold for now.” Details: @tbbtindia

Plated: “Hemp hearts are a key component in my Crispy Fried Poached Egg with Forest Mushroom and Hemp Allioli.” “I came across this little old Ayurvedic shop while I was wandering in Old Delhi’s alleyways some time ago, and they stock mulethi brought down from Himachal. I’m big on Ayurveda now, because of its health benefits, and I make emulsions and dressings with mulethi. Since it can be used instead of licorice, I switch out the essence and use mulethi instead.” Phanbuh, who is from Meghalaya, promotes the food, food practices and culture of the Northeast through her label, Tribal Gourmet. “Lakadong turmeric has a GI tag; only the ones from this area has the highest percentage of curcumin in the world,” she explains. “I source mine from the villagers in Jaintia Hills. Unlike other parts of the country, here the villagers collectively look after a particular crop.” Details: @tribalgourmet

Plated: “Khasi food is simple. Turmeric, black pepper and ginger are the main ingredients that go into practically everything. I use the turmeric in ja stem, a simple rice dish that is cooked in meat stock, with lashings of the fragrant root.” 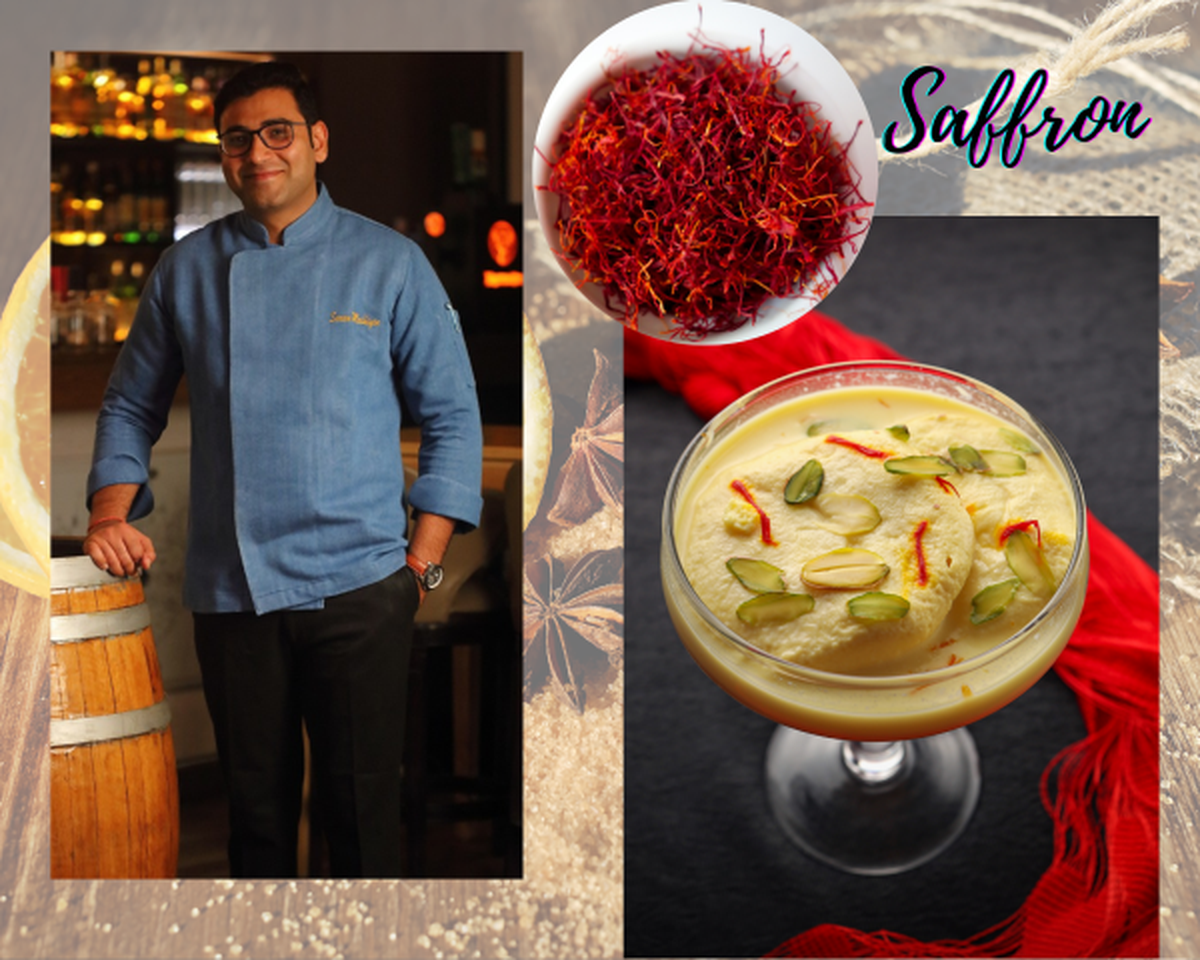 “I’ve been using Kashmiri saffron in my recipes for a long time. Sourced from small farmers in Karewa in Northwest Kashmir, who have been growing the purple crocus flowers for generations, I find that the appropriateness of the environment and the nature of soil significantly affect the quality and size of stigmas. Besides its fascinating flavour and smell, it has a dark maroon-purple colour, a benchmark of the finest quality.”

Plated: “I use Kashmiri saffron in my biryanis and kebabs, and it perfectly complements our desserts, especially the ras malai.” 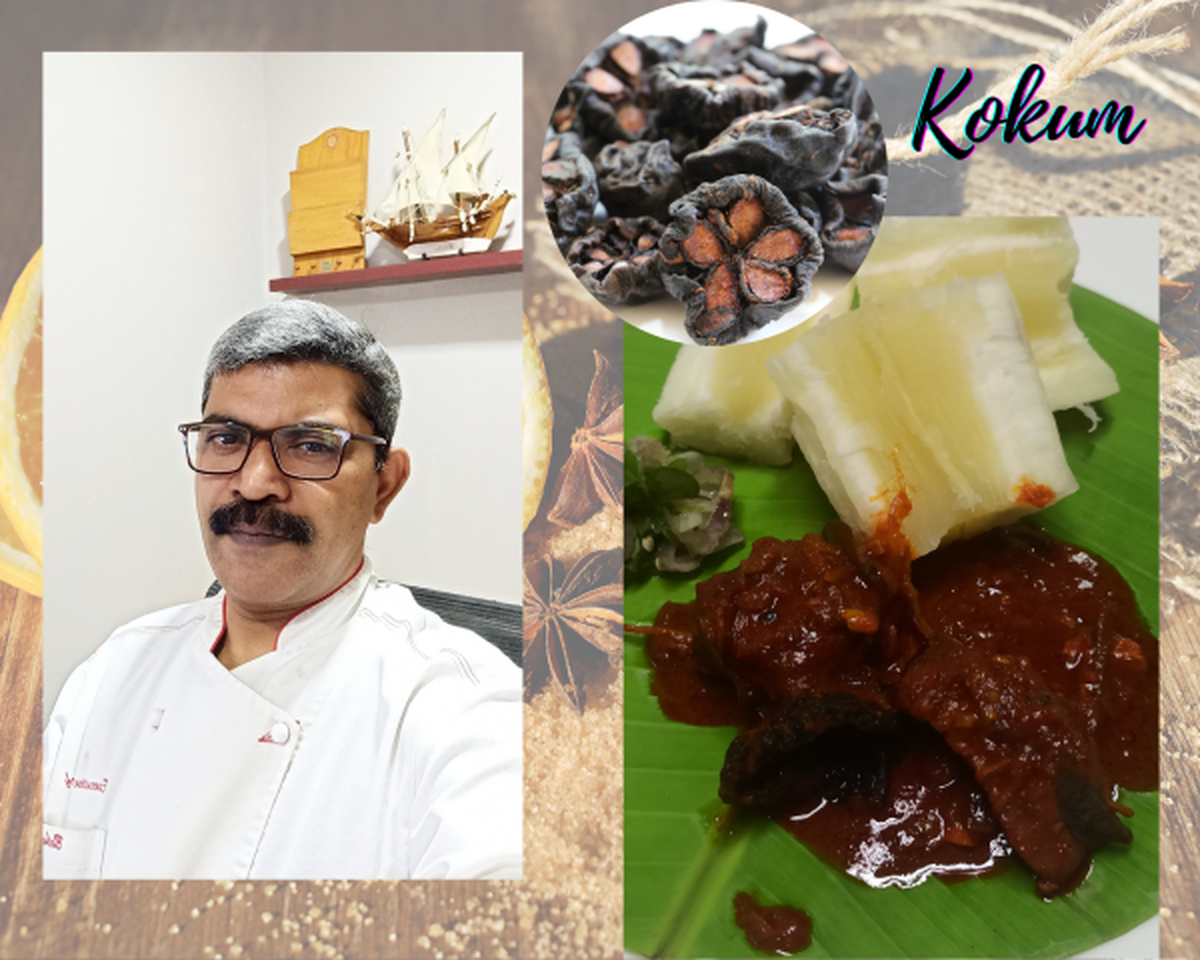 “Some of the best kokum is produced in Kerala. Traditionally, they are processed in Pala, Kottayam, but around 70 years ago, a few farmers migrated from Central Travancore and brought the sun-dried spice to the Malabar region,” explains Abdullah, who sources his from small farmers in Kodanchery, on the way to Wayanad. “The kokum trees grow in their rubber and coffee plantations, and they pick the ripe fruits and process them. The production is small-scale but the quality is extremely good. When it is mass produced, often unripe fruit also get processed, which gives kokum a bitter flavour.”

Plated: “I use it mainly in our meen vattichathu. The dish doesn’t have a sauce, and it is kind of cured, but when you add this kokum, it imparts a delicious smoky flavour.”

Find your flavour: a guide to heirloom spice mixes