Hyderabad-based Rolling Shutter Films has made Kaavaalna Vadda, an eight-minute awareness film for tipplers falling prey to cyber fraudsters. The YouTube film shows how easy it is for con men to trap people online with false promises of delivering liquor home.

The film opens with four random people — played by artistes Laxman Meesala, Manoj Muthyam, Kranthi Kumar and Bhasker Kothapalli feeling low without alcohol in the lockdown. They feel jubilant when they spot a liquor home delivery announcement. When they call the number. a person on the other end assures them of delivering booze at their doorstep, he goes on to ask them to pay online.

Once the amount is transferred, the fraudster’s number becomes unresponsive. It doesn’t take much time for them to realise they have been duped. Towards the end, the actors advise people not to drink and instead, use the money to buy groceries for their home or help those in need. While the artistes shot their portions in their individual homes, editing was done by Venkat Kalyan. He says, “Claiming to home deliver liquor, cyber fraudsters have been uploading some numbers on social media. They promise to supply any brand of liquor but one has to pay the money first. ‘Delivery aadhe ghante mein ho jayega’ (We will deliver in half-an-hour) is their oft-repeated line. When you try to enquire about the location of their godown/shop, they do not reveal.”

Watch out for these fraudsters:

The idea to make such a film came up when Venkat heard a phone recording by his friend who had been duped. Since the production house also makes awareness films for the Cyber crimes department, they decided to make a film to raise awareness on how people are deceived. .

Frauds in other cities

Venkat mentions that people who have been tricked have also shared their experiences on Facebook pages of these fraud liquor home deliveries. “Cyber crimes department in Hyderabad told us that they have registered five cases by people who lost around ₹50,000 to ₹90,000. But there are many more who have lost money in asimilar manner but are not willing to complain, due to embarrassment,” he points out, adding that such frauds have been reported in other metro cities as well. 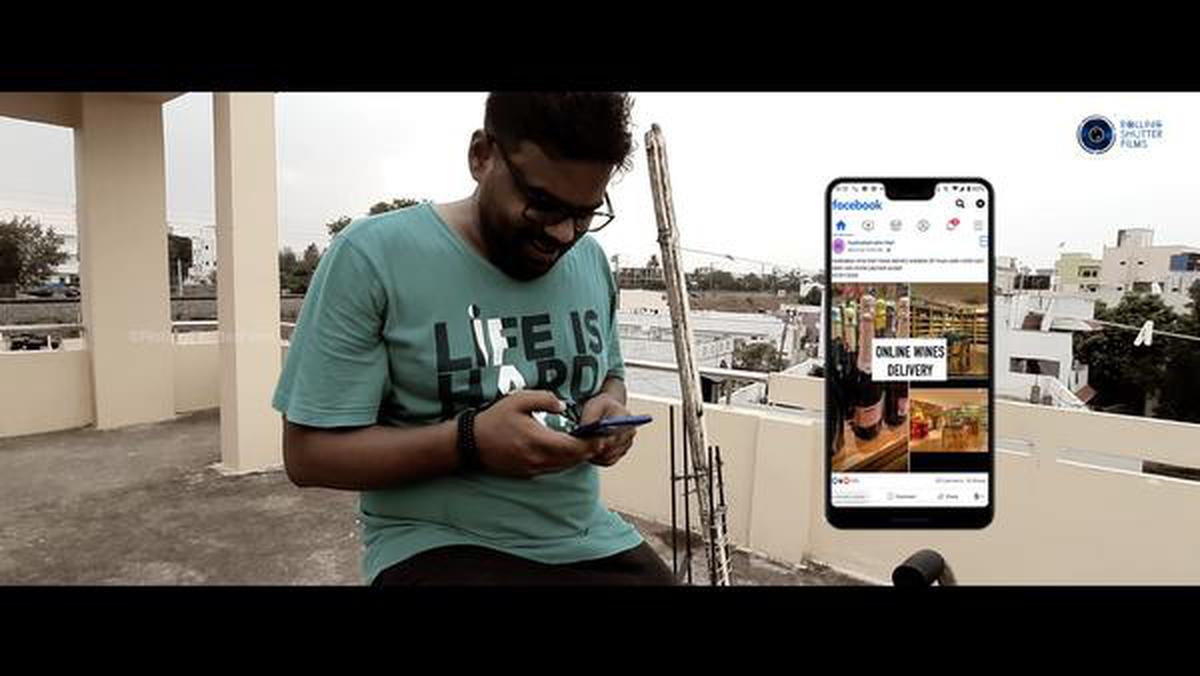 The script for Kaavaalna Vadda was shared through Whatsapp and the cast and crew worked from home. While the story, screenplay and dialogues are by Sriman Keerthi, sound design is by Satish Kumar Mandava and background score by Rajeev Raj.

The film can be watched at: