Dalgona coffee, gooseberry, fresh fruit… a popsicle for every mood

The popsicle, a nostalgia-inducing summer favourite of the 1980s, returns in easy-to-make, creative avatars Sharmilee Jayaprakash, a home chef, blogger and YouTuber (Sharmis Passions) from Coimbatore, pays tribute to the 1980s with a range of popsicles this summer. The ‘80s Classics, as she calls them, consists of rosemilk, vermicelli and paal (milk) ice flavours that defined the 1980s for her. “It was nostalgic for me to revive these flavours in a popsicle,” says Sharmilee. 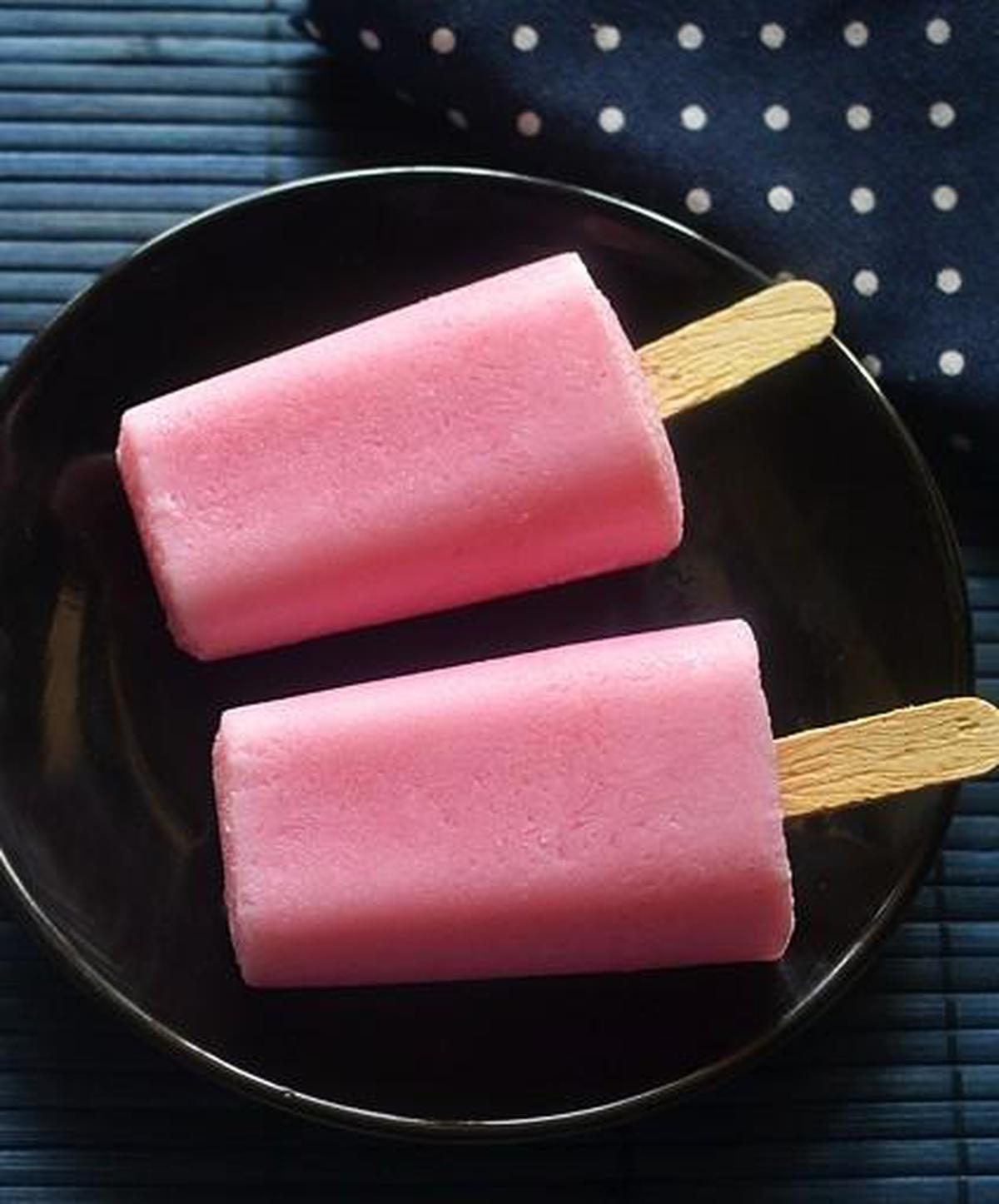 For those of us who grew up in the 1980s, summer holidays were inextricably linked to ice lollies. The ubiquitous frozen sweet sticks that came in a multitude of flavours and left our tongues numb were the highlight of our childhood. Every street corner had a vendor who sold them in orange, grape, mango and milk flavours, not to mention the occasional chocolate.

The brightly-coloured, synthetic-flavour-laden “ice fruit” aka kuchi ice, kol ice and paal ice (kuchi and kol translate to stick) based on the region and flavour, is now better known as the popsicle. Now, home-made and containing actual fruits, these popsicles are trending again. 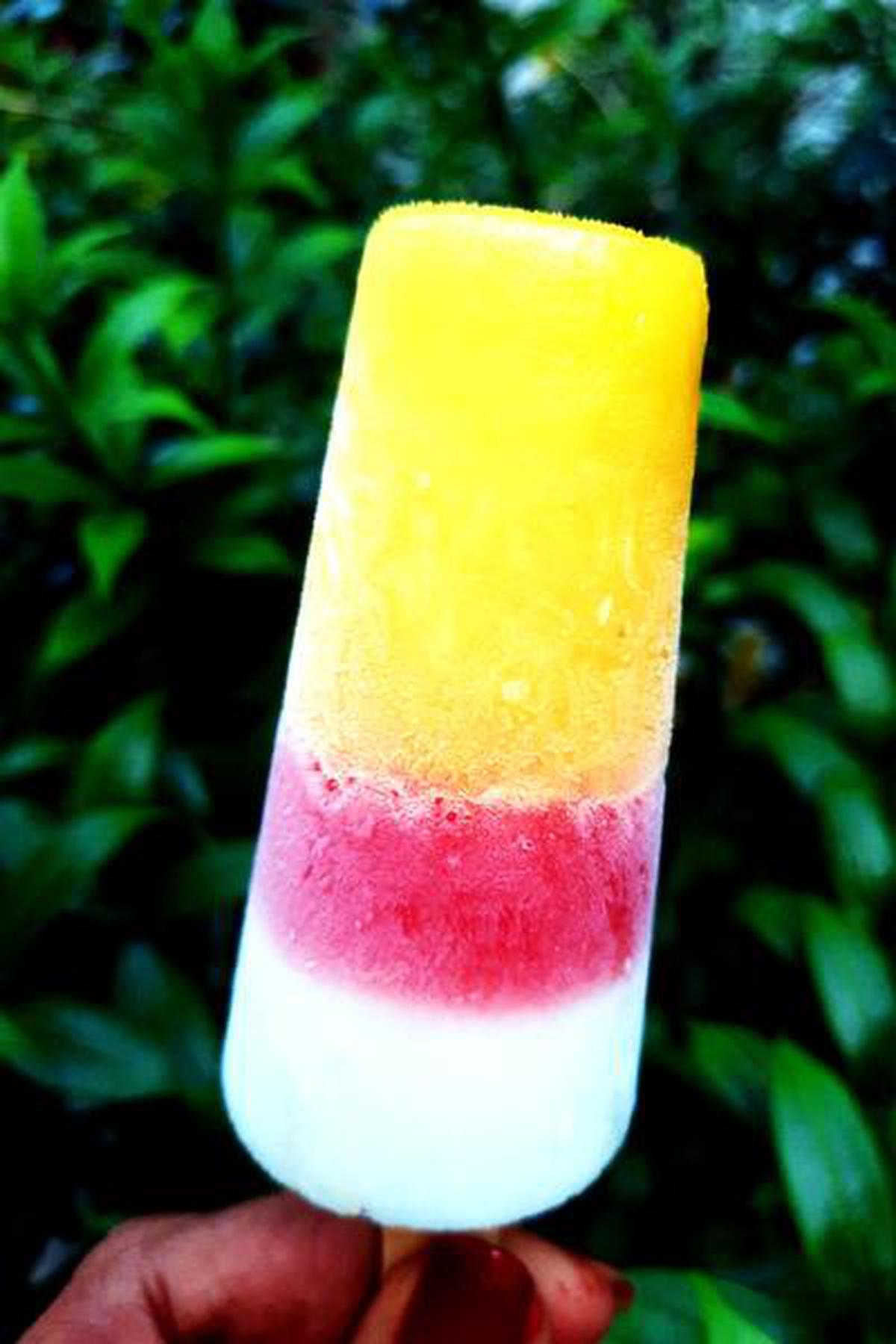 Priya Kolassery from Thiruvananthapuram, whose home-made popsicles have a number of buyers in the city, says she has seen people get sentimental over a popsicle. “I find they are more popular among older customers than kids,” she says.

Over five years now, there are few flavours she has not tried and shared on her YouTube channel Kolamass Kitchens. So far she has made them in vanilla, kulfi, seasonal fruits and even gooseberry.

“Ice pops are in demand through the year, but in summer, mangoes are the hot favourite. I use local mango varieties such as varikka or the Alphonso,” she says.

These home chefs keep the ingredients as simple and natural as possible, but keep the excitement up, by trying creative combinations. For instance: spices. Sharmilee’s most recent popsicle was made of paanagam, a traditional summer cooler, usually made during the Rama Navami festival. Containing pepper, jaggery water and a dash of lemon, she says paanagam worked wonderfully as a popsicle. 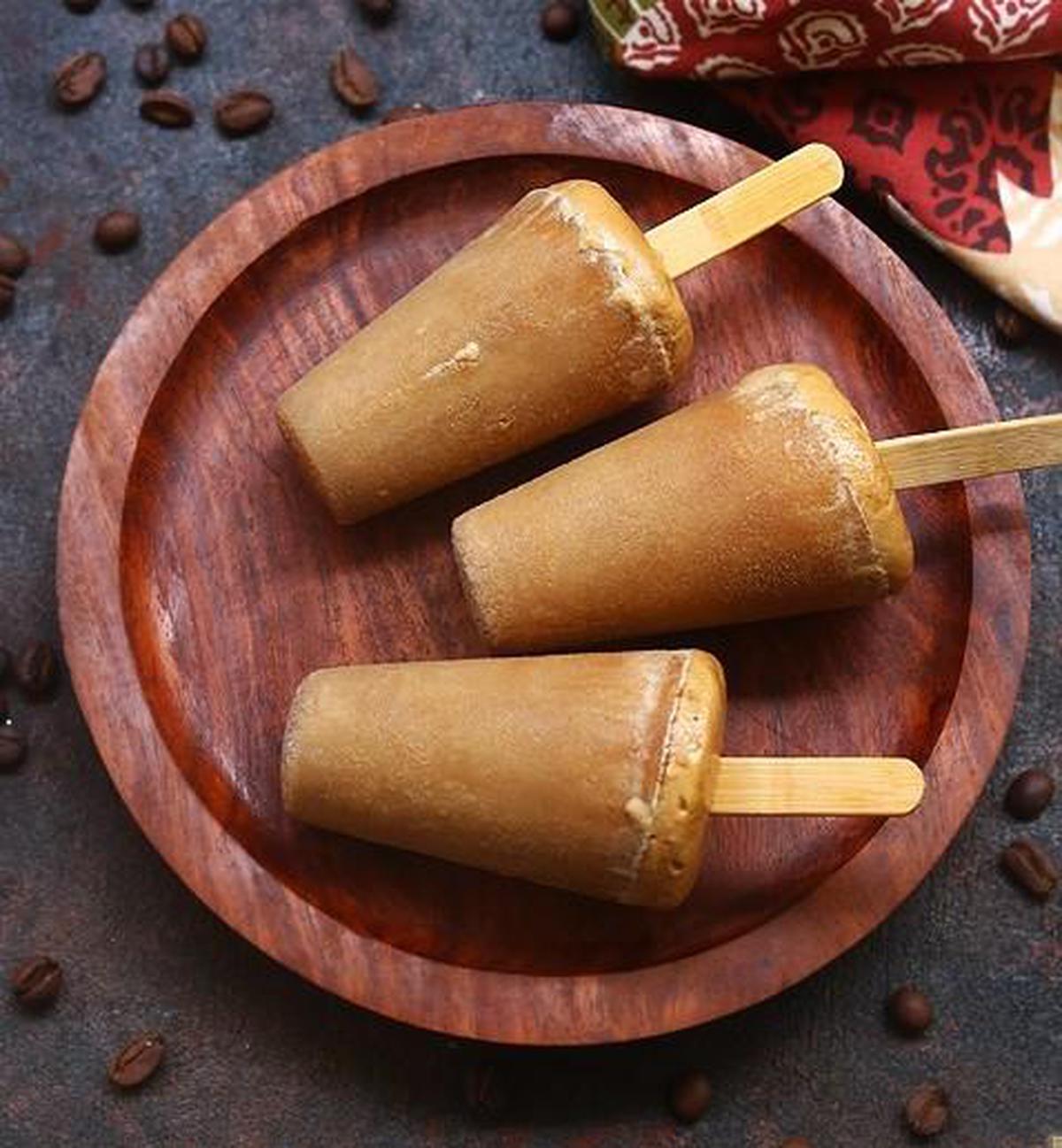 “My kids never liked it, but loved it in the popsicle form. They even wanted the drink to be made more often,” adds Sharmilee, who also tried out a chikki (peanut candy) popsicle as per her son’s request.

“I used a milk base and the peanut candy gave just the right amount of crunch,” she says. During lockdown last year, she tried the dalgona popsicle as well. “The only ones I haven’t tried are rasam and sambar,” Sharmilee laughs.

Dhivya Jose, a YouTuber (Divs Passion Food) based in Dubai, prefers fresh fruits for summer. She adds chunks of fruit to a juice base and pours it into a mould. This is an ideal way to preserve fresh fruit for up to three months, says Dhivya. “Watermelon sorbet popsicles, lemonade and tender coconut work well with chunks of real fruit,” says Divya. Sugar can be substituted with honey. This summer, Dhivya tried mini ice fruit popsicles, which were a hit among children. She used an ice tray for a mould and stuck a toothpick in each. “Even children who don’t like eating fresh fruits seem to love these,” says Dhivya, who encourages everyone to use locally-sourced, seasonal fruits for ice pops.

Unusual as it may sound, jackfruit too could make an excellent popsicle, says Priya.

She tried one with over-ripe, uncooked jackfruit, which came out surprisingly well. “We have so much jackfruit in summer. Why not make ice pops out of them?” she asks. Priya has also tried popsicles with dragon fruit, green grape and guava. The soursop, however, is her signature ice pop.

“Believed to have anti-cancer properties, soursop can be enjoyed as a popsicle and I get orders for it. It tastes slightly tangy, as I don’t add too much sugar,” says Priya. For diabetics, she has a gooseberry popsicle, which contains salt and birds eye chilli. “The green grape popsicle took time. I had to try several times to understand the consistency, when to remove from the mould and the like,” says Priya. 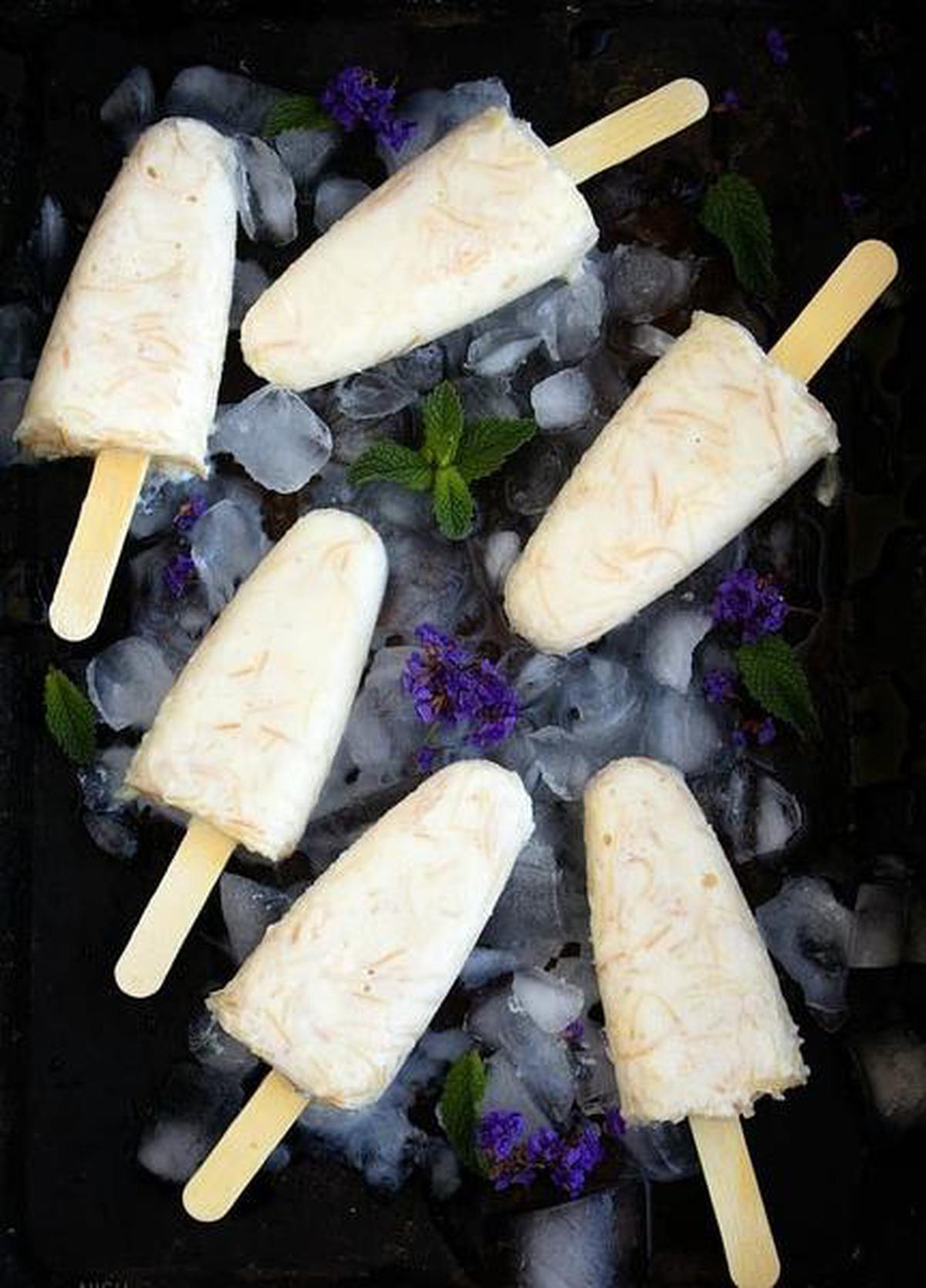 Rose Mary George, a food blogger and YouTuber (Nish Kitchen) based in Australia, says frozen is a nice way to have semiya payasam. The Kerala staple payasam, also can be converted into a delicious popsicle. She uses roasted vermicelli and milk and adds a twist of vanilla to give it an edge. The semiya popsicle is an all-time favourite summer treat, she adds.

Making a popsicle at home is not rocket science, but it does involve trial and error to get that perfect one, says Sharmilee, who has had her share of flops.

“It comes with practice. Over time, you learn what flavours and products work well,” she says.

Fun moulds are available online, but even if you don’t have them, use plastic glasses, steel tumblers or thick paper cups, stick in ice cream sticks or even a small steel spoon and there, you have your own kuchi ice.