Some foods just cannot be savoured at home. Out on the streets, back in our favourite haunts, we reunite with our favourite guilty pleasures after a year-long pause

All for the crunch

There is no joy in having pani puri in the clean and careful confines of home, so I did not try. I bid my time for a year, before opportunity recently presented itself in Chennai, at the crossroads between street-style abandon and COVID-mandated caution.

I was on my way home from a grocery run — mask firmly on my face; bag tightly tucked under my arm; death glares locked and loaded and ready to shoot at anyone waving their obscenely uncovered noses about in the air. Yet again, the carefree little pani puri stall across the road beckoned silently. Just the stall, you see — the vendor himself, like any other vendor worth his salt, looked like he didn’t give two hoots about prospective customers battling rush-hour traffic to reach him. I finally managed to cross the street, drawn to the heaps of puri and tureens of pani. There were even a couple of listless, barely leafy trees, a flickering bug-ridden street lamp and some deafening car horns to set the scene perfectly. I didn’t trip on any loose pavement tiles, like I usually would, but a girl cannot have everything. 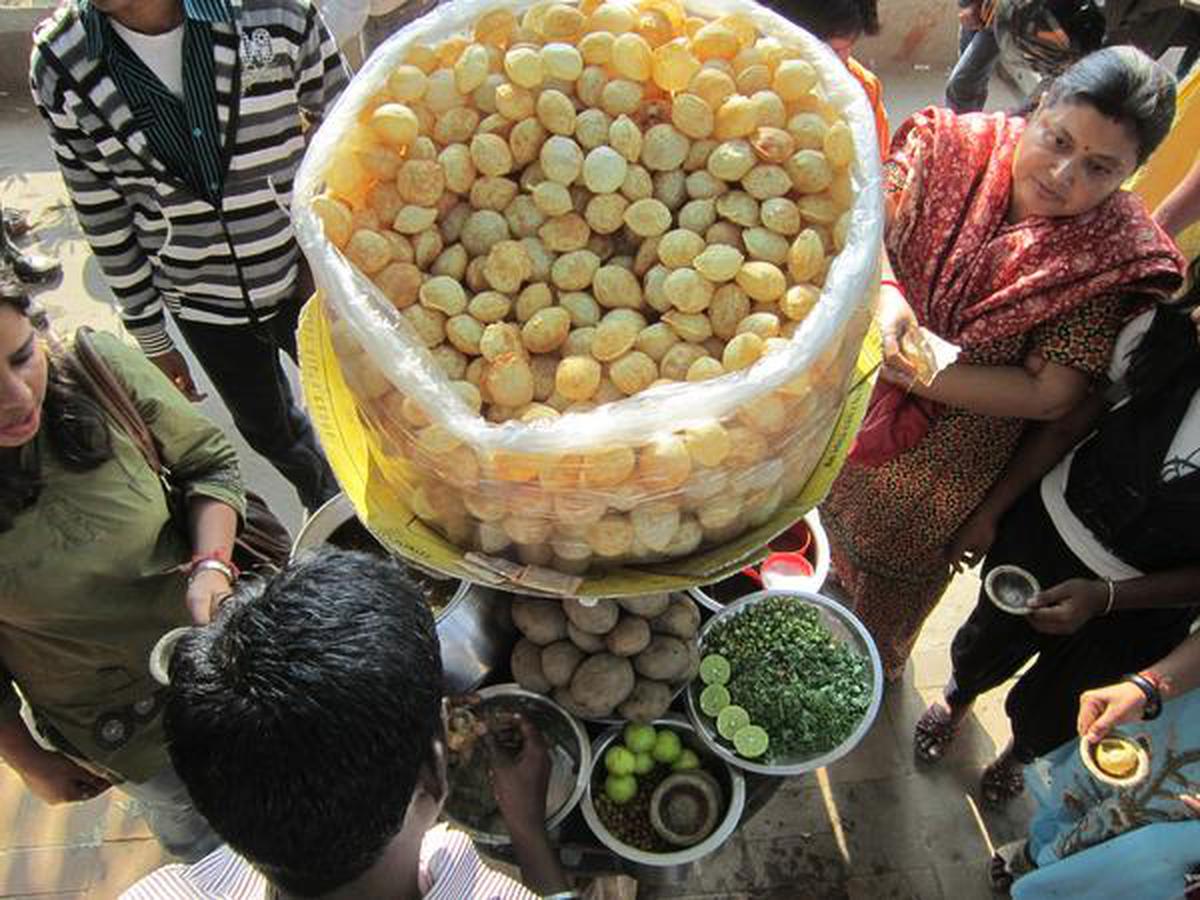 People enjoying Golgappa at a street side stall at Kolkata. Golgappa is a famous and popular Indian street food.

When I finally reached, it was only to be met by a bored gaze and a lazy wave towards the shop flanking the stall. Inside stood a couple packing sweets and savouries, and handing out tokens for pani puri. The shop was spotless, the owners were following protocol, the man at the stall was wearing fresh plastic gloves. It was all rather disappointing, and I will take the exorbitant amount I paid (less than ₹50, don’t worry) to my shameful little grave.

But all that was forgotten the second the vendor wiped some sweat off his brow with his sleeve, and punched a hole into a startlingly crunchy puri. Stuffing, sweet water, spicy water, bowl … from then on, it was a race between my appetite and his deftness. I cracked the brimming treat between my teeth, letting the sweet, sour and oh-so-heavenly water dribble and pool down into my bowl. I managed to chomp down two of them in record time, before giving up on the race and enjoying the rest slowly. He plunked the rest down into my already watery bowl a bit more slowly, and — joy of joys — even whipped up a last, dry sukhi puri without waiting to be asked. Finally, my hands were messy, my shirt stained, my mouth an utter rainbow of tang, sweet and umami. All was right with the world again… a water tanker behind me blared its horn to concur.

Sip and dip into the finest

Irani chai was never my thing. But during the lockdown when Hyderabad’s Irani cafes were shut, I craved a sip of the sweet, creamy milk tea. The joy of dipping a flaky biscuit in it and finally letting it melt in my mouth is a revelation even for a non-Irani chai drinker.

When businesses reopened, I tried ordering the tea through a takeaway disposable flask, but it was a bit of a disappointment. Irani chai is best savoured when it comes in white china cups with spillage on the saucer, within few seconds of being brewed. 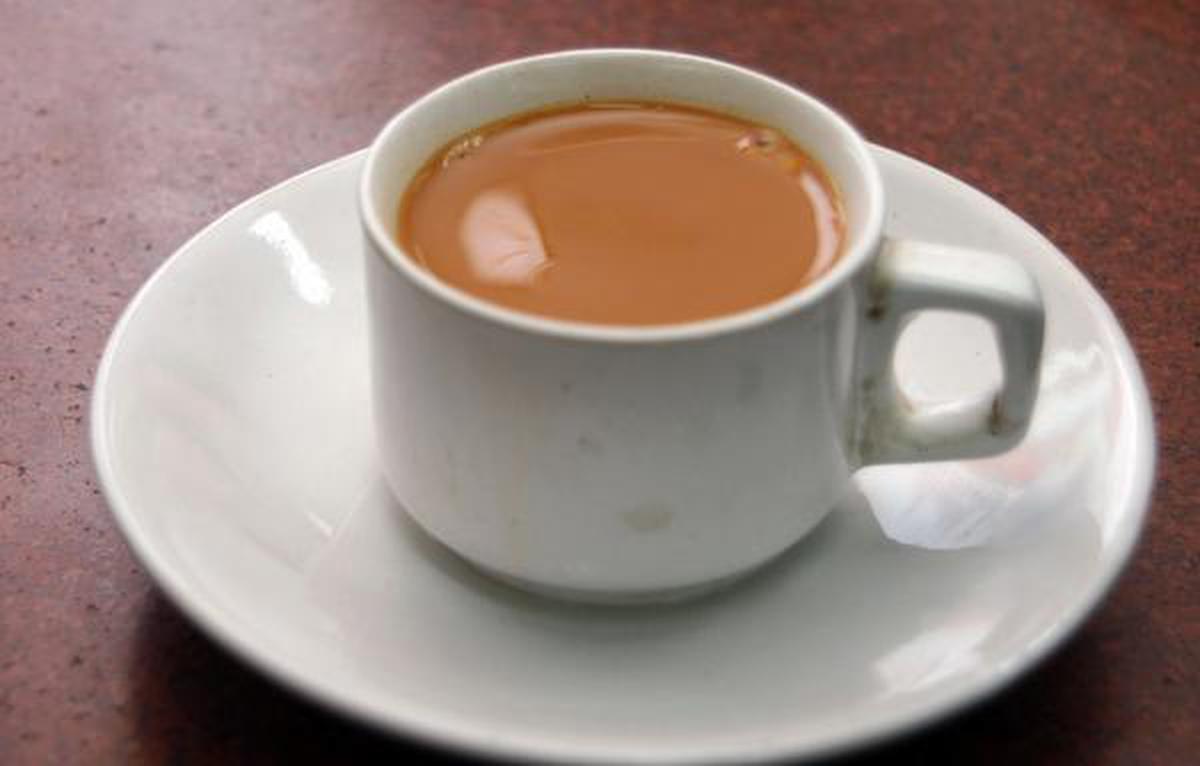 Finally, it all fell into place when I decided to go on a heritage walk with some of my friends. Visiting the Old City after more than a year was a pleasure and the Irani cafes there — such as Cafe Niloufer and Hotel Shadab — was a sight for sore eyes. ‘Ek chai aur fine biscuit’, I told the waiter, who served me within seconds.

The sweetness of the creamy tea has an distinctive mouthfeel. The mild chocolatey hint of a tea that has been well-steeped in hot milk is a winning combination. With each sip, I could only think of how much I had missed.

The aroma made me dizzy with happiness. Then I broke the fine biscuit to see if it was flaky enough with hydrogenated fat … and finally, chai met biscuit and my taste buds cried out in delight at realising a lockdown dream.

I walked into this much-loved restaurant of Coimbatore after months, and it instantly felt like home. After exchanging smiles with familiar waiters, I looked around and was happy to see the place bustling with diners, just the way it used to be during pre-COVID times. At a nearby table, a group of families was enjoying ghee roast, onion roast and the uthappam generously topped with chopped onions and tomatoes.

My eyes followed the waiter who ambled towards me holding a big tray. A plate appeared with ghee masala dosa on my table, bringing an instant smile to my face. As the aroma of hot ghee wafted up, I took one bite of the crisp dosa and soft mashed potato masala, and realised what I have been missing during lockdown — dosa treats at the iconic Sree Annapoorna. While there are variants with mushrooms or cauliflower, nothing can match the joy of scooping up the buttery potato mash with chopped green chillies, onions, tomatoes, and coriander leaves, and relishing it with sambar or chutney, sometimes even both. It’s a match made in culinary heaven — the crisp dosa and soft mashed potatoes.

I began with the crispy thin outer portion, dipped it in coconut chutney, then dunked it in a bowl of the famous, slightly-sweet sambar, and savoured the flavours. Then, I slowly worked my way towards the chunky centre, filled generously with masala. I tried it with red beetroot chutney and a tangy green chutney, licking my now greasy fingers. This was not the first time I was digging into the ghee masala dosa, but the experience of eating it at a restaurant table, observing other diners, and see life come back to normal was comforting. I asked for extra coconut chutney and sambar, polished off the dosa in no time and floated my way home.