“I can see your curry,” celebrity chef Atul Kochhar in London told Mustan Chana in Derby, peering into his phone as a thousand people looked on, “You may add a little more water if you want to, and let it bubble on the spare stove while we fry the fish.”

It took about 40 minutes for Kochhar and Chana to together make Kochhar’s famous “30-minute Punjabi fish curry” in their respective kitchens on Instagram Live, simultaneously instructing and guiding viewers who were doing the same around the UK. They answered queries about green chilli versus chilli powder, explained the history and properties of asafoetida, and elaborated on the idea of pre-flavouring the oil with bay leaf; even after the dish was ready, the session went on and nearly hit the one-hour mark. Kochhar, one of the first Indian chefs to have a restaurant awarded the Michelin star, was the latest among a string of guests featured in Chana’s month-old cookalong series. And Chana, a MasterChef UK 2020 quarter finalist, is among a host of professional and amateur chefs to have discovered the beauty of Live cooking sessions on social media. At a time when cities around the globe still have physical distancing rules in place due to the COVID-19 pandemic, the trend makes perfect sense. Pick any social or direct media — Instagram, Facebook, Zoom — cookalongs are everywhere. Hierbas liqueur sessions in Spain, jerk chicken burgers in Brazil, escargots with butter and white wine in France… all these sessions have two things in common: a pre-released list of ingredients for people to keep ready, and one or two cooks confident enough to prepare the meal, answer queries, and deal with technical glitches simultaneously. It is a juggling act that Bengaluru-based chef Natasha Celmi has become adept at. The founder of restaurant Cucina Mia has been doing this long before physical distancing rules forced it into a trend. Her reasons then were the same as the world’s reasons now: to take geographical distance out of the equation. “I had started weekly Facebook webinars in December 2019, to reach out to clientèle outside Bengaluru,” she says over a phone call. It was her way of giving her own demo classes a wider audience, and she has since moved to paid classes on Zoom for fewer hassles. “I no longer have to peek at the comments or scroll through them while cooking; whoever has a question just unmutes their mic and asks, and I answer. I also make everyone keep their mics and cameras off, so that it doesn’t hang and so that everyone gets their own privacy,” she adds.

Natasha can teach around 40 people at a time on Zoom, which is more than most workshop spaces in town would fit, “Plus, it saves me the cost of renting a space and saves everyone else from Bengaluru traffic,” she laughs. She also does free cookalongs for larger, branded platforms, and these offer her a much wider reach. “Those usually get around 500 to 600 views, though my Facebook live for Amul India this week [part of the brand’s week-long marathon with multiple chefs] crossed 1 lakh.”

Chef Aabhas Mehrotra, of Mumbai’s Sorrentina by Foodhall, sees another potential clientèle for live cookalongs: private corporations. “I have already done a few, as part of team-building exercises,” he says over phone from Mumbai, “Going forward, this will definitely pick up, as more and more corporations ask employees to work from home.” But Aabhas hasn’t done just that; he has held a number of Instagram and Facebook lives, ranging from sourdough making to quick Indian snacks, and has even received requests for private tutorials. The key, he says, is planning: “The recipe should be simple, with easy-to-source ingredients.”

Natasha echoes this, saying, “For a number of my sessions, I have substituted some ingredients with things you are likely to find more easily in your local kirana store.” Simplicity seems to go hand-in-hand with fun: while Natasha has taught people to make hand-tossed pizzas — “we had a nice discussion on the basics of yeast” — modern Asian rolls and pastas and pasta sauces, Aabhas has covered the regional and seasonal. “One of my most successful sessions was where I made a mango dessert, with a healthy baked crepe made of local flour,” he says, adding, “Easy recipes that are vegan and gluten-free seem to be working really well right now.” 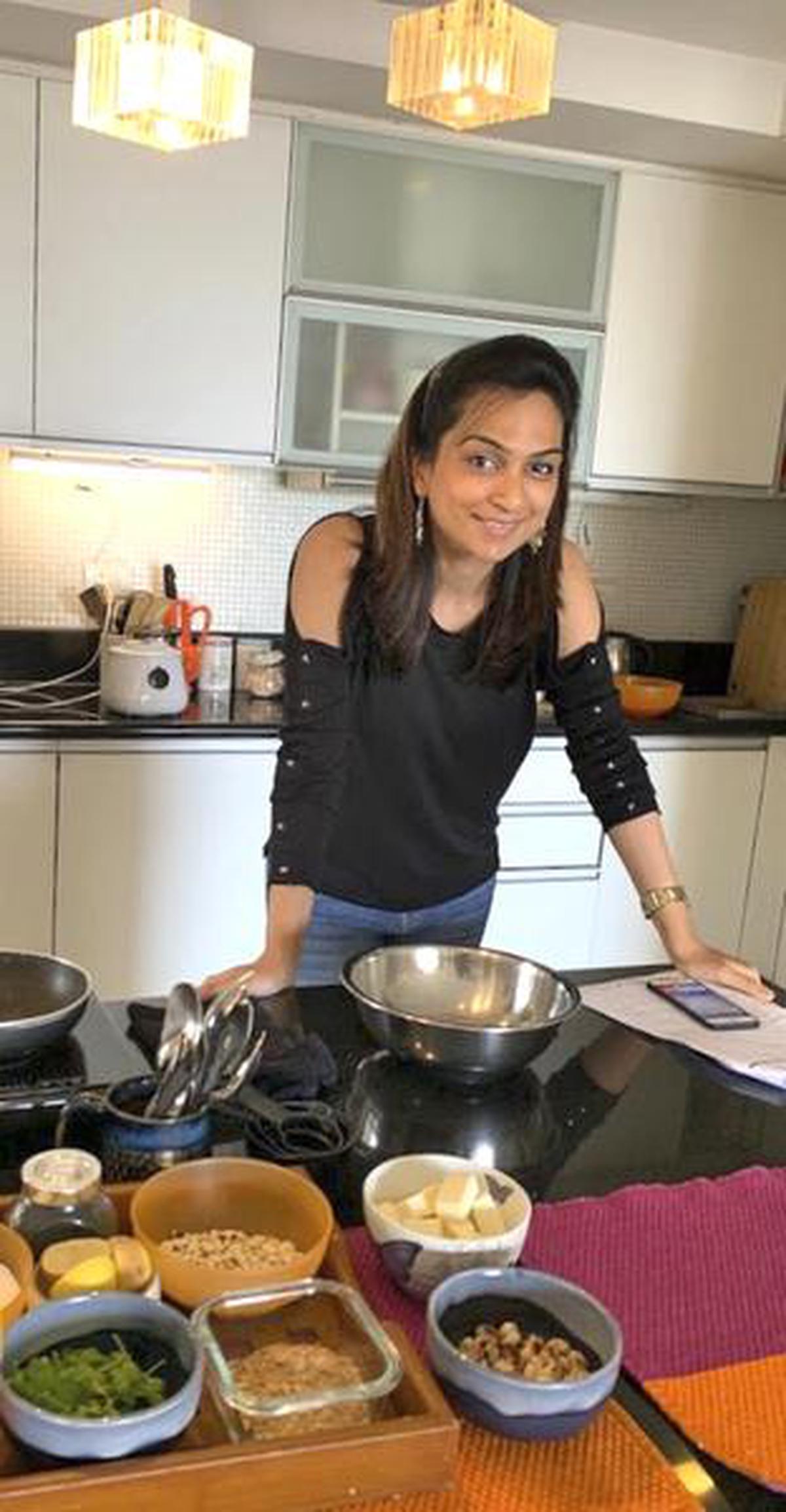 Natasha, on the other hand, feels that people are more open to experimentation now. “I taught a class on Nutella rolls and lemon cheesecake with lemon curds for older kids: they weren’t intimated by the other children and had their mothers at hand to help. Even the grown-ups have been cooking at home for a while now, and are excited about more challenging recipes. Particularly now, when their families can see them at it and appreciate them,” she laughs.