Greens are the new food medicines

The challenge of supplying perishable greens to distant places within 24 hours had compelled them to make soups out of five different greens in 2019. The pandemic led them to come up with five packaged food options that are now available online and at their flagship store in Saibaba Colony, Coimbatore and at K K Nagar and S S Colony in Madurai.

“We decided to package five curries made with banana flower and stem, spinach, moringa and ponnangani greens during the pandemic since people were reluctant to step outside for purchases,” says Sriram Prasad G, CEO and founder.

The meal packages (called the greeny meals) were launched in Madurai recently. They are NABL tested and said to be rich in vitamins, minerals, proteins and essential trace elements. There are 10 more in the pipeline to be released by the year end. The easy-to-carry during travel and ready-to-eat curries have a shelf life of six months at room temperature. “The texture, taste and nutritive value are maintained without any artificial agents because we have adopted the clinically proven retort packaging method,” says Prasad.

He chose his hometown for the launch because the processing unit is located inside the Tamil Nadu Agriculture University (TNAU) in Madurai and the venture is supported by the TNAU, NABARD and Madurai Association of Business Incubation Forum. On the inaugural day, 500 kilograms of curry were prepared in each variant and packaged into 250 gram packs priced between ₹85 and ₹95

“You have to dip the meal package in boiling water for five minutes prior to use, and enjoyit with rice or chapati,” says Sriram who researched for months to come up with the dishes. He spoke to old timers and villagers and says these interactions also helped him learn that till about four decades ago, there were 350 to 400 varieties of greens grown across Tamil Nadu. “Today, we barely get to see 10 to 15 types,” he rues.

Earlier this year, their dip soups in five variants (moringa, ashwagandha, vallarai, thoodhuvalai and mudakathan) won them the first prize among 400 entries at the Tamil Nadu Innovation Grand Challenge, by Entrepreneurship Development and Innovation Institute. According to Sriram, the calcium, protein and iron-rich soups were sought after during the COVID-19 crisis as they are believed to be immunity boosters. 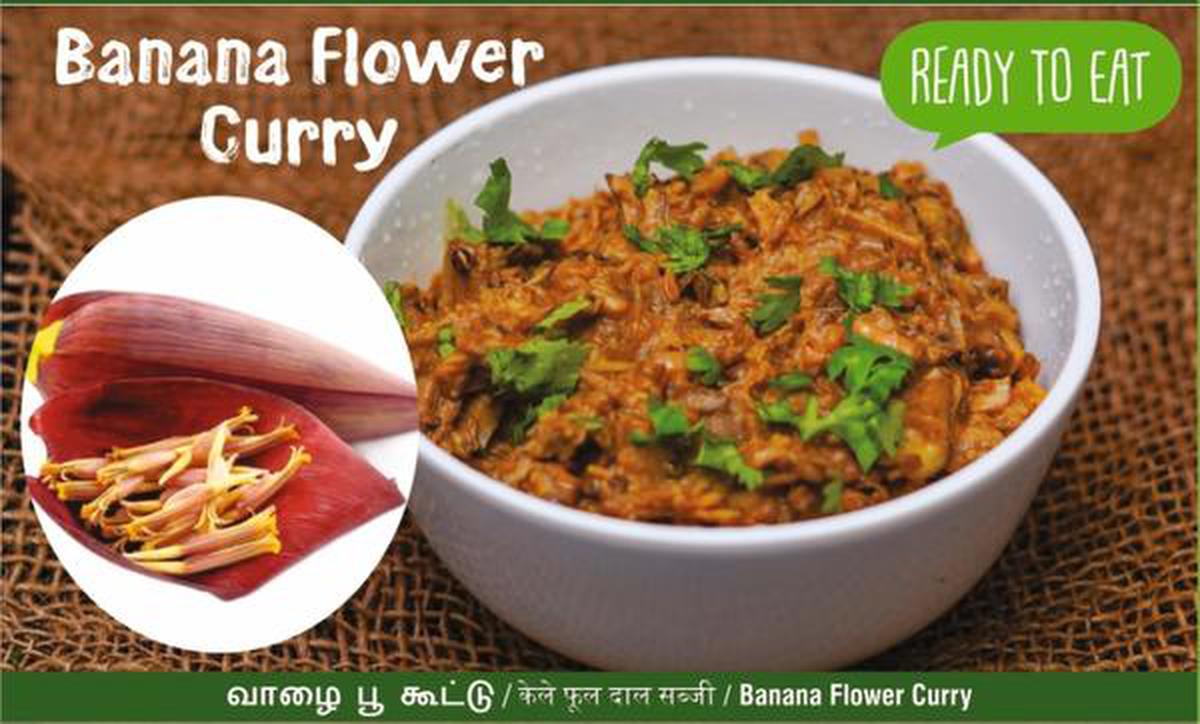 Sriram and his brother Sriram Subramaniam G are trained at TNAU and are inspired by organic farming pioneer, the late G Nammalvar. “We believe food prevents and cures diseases and that is why we work with natural and organic farming methods,” he says.

Given the demand for their greens across borders, the brothers now work with a team of five other experts and 12 staff that networks with 1,000 farmers spread across Coimbatore, Pollachi, Madurai, Theni, Virudhunagar districts in TN and have helped to revive 125 varieties of native greens. They distribute the country seeds among the farmers and buy back the produce from them.

Within three years of the launch of the start-up, their customer base for home delivery in Coimbatore has increased from 10 to 100,000. Keeraikadai.com ensures their bunches of greens always reach the customers fresh after they are harvested twice a day at 5 am and 3 pm daily and also sold at the Coimbatore showroom from 6 am to 9 am and 5 pm to 9pm.

“While the growth has been enormous, the challenge to supply the greens fresh continues to be daunting,” says Prasad, and adds, “The positive response from people keeps us going and we are determined to promote good health.”

To know more visit www.keeraikadai.com or greenydip.com or call 9047555577. The keeraikadai app can also be used for pre-orders.