Sukumaran Unni farms indigenous paddy, coffee and vegetables in Thirunelli (Wayanad). He was due to come to Kochi with produce when Wayanad was declared a COVID-19 hotspot. Like many other farmers, he has not been able to move harvest to markets/stores in other parts of the State. When details of his produce were posted on lovelocalbuylocal, a Facebook page, he got a few calls but he cannot move his produce. The orders will have to wait or get cancelled. 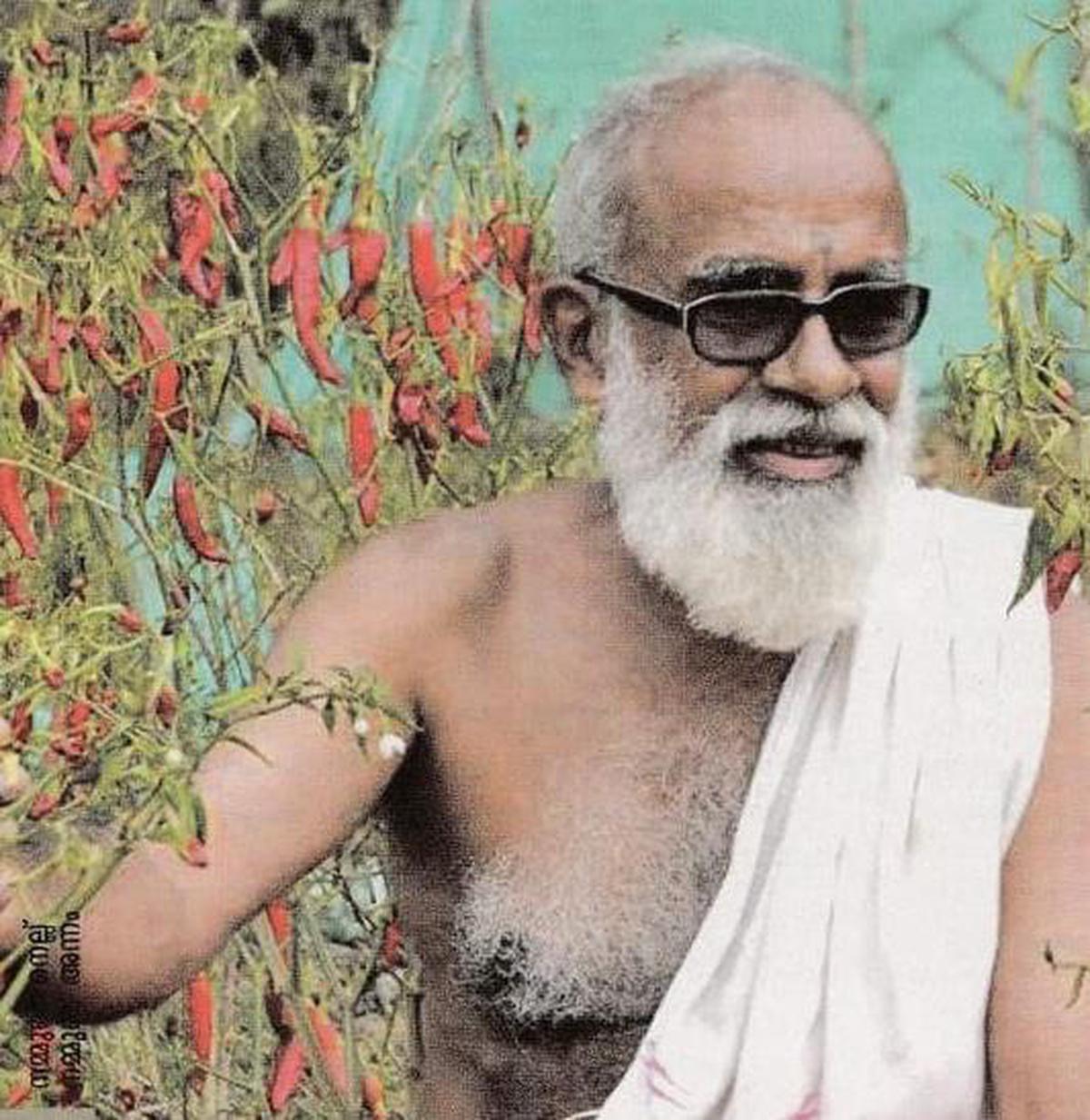 ‘lovelocalbuylocal’, a Facebook group, as the name suggests, was launched in early May with the sole purpose to help farmers like Sukumaran find markets in the changed circumstances. Pineapple farmer Bibin Vasu was the first to benefit from it. Pineapple farmers in Kerala’s pineapple belt, at the heart of which lies Vazhakulam, were the first to be hit.

Usually the harvest is shipped to States outside Kerala made impossible due to travel restrictions. Bibin has his farms in Koothattukulam. “Around 20 truckloads are shipped from our farm. The lockdown restrictions made that impossible. I did the next best thing, contact people I know and figure out a way. I was prepared to load my pickup with pineapples and head to Kochi to sell them on the road if I had to. What else could I do?” asks Bibin. The Department of Agriculture ran an intervention – ‘pineapple challenge’ – to help pineapple farmers.

He got in touch with entrepreneurs Jeemol Koruth Varghese and Diwia Thomas, who ended up helping in an unconventional way – they, with six friends, posted a video of them cooking a pineapple dish. At the end of the video, Bibin spoke of how farmers like him have been affected. As the video was shared several times over social media – WhatsApp and Facebook – Bibin started getting calls.

As a result he ended up selling close to two tonnes (2000 kilos) of pineapple. “We were able to cut down our losses,” he says.

During Ramazan fruits are in demand, and a kilo of pineapple sells, according to Bibin, at Rs. 45. He sold at Rs. 25 per kilo by selling the fruit outside apartment buildings and residential areas.

The enquiries as a result of the video led to the ‘lovelocalbuylocal’ page. Managed by Diwia, Jeemol and their friends, the page regularly posts updates about farm produce and the contact details of the vendors selling vegetables, indigenous varieties rice, gooseberry, mangoes, and even poultry. “We want to help farmers market their produce. Now, more than ever, we need to support local farmers and enterprise,” Diwia says. The new business model is ‘B2C’ – business to consumer – which demands a new system of working. A system that everybody involved is finding their way around, especially farmers most of who are ill-equipped for the situation. “We want to hand-hold the farmer on the last mile delivery.”

The eight women besides Diwia and Jeemol are Laila Sudheesh, Indu Jayaram, Linda Rakhesh, Asha Suresh, Bobby Antony and Nimin Hilal. They are businesswomen and close friends, who take turns keeping the page updated. Not only Facebook, they share details over WhatsApp too. They bring in their experience into lovelocalbuylocal.

“We are careful about who we post about – these are people we are sure of. There is credibility attached to our names, and at no cost do we want to compromise,” says Jeemol. Each farmer is vetted by them or a reliable source, only then are the details posted on the page. “We have designed the creative in such a way that it grabs eyeballs,” says Diwia, of the yellow and black layout of the posts. They share the creatives on all social media platforms they are on including WhatsApp. The work is voluntary. The page is updated only when a farmer is ready to harvest. “It makes no sense posting days in advance as people would forget. Nobody gains but the farmer loses,” says Jeemol. 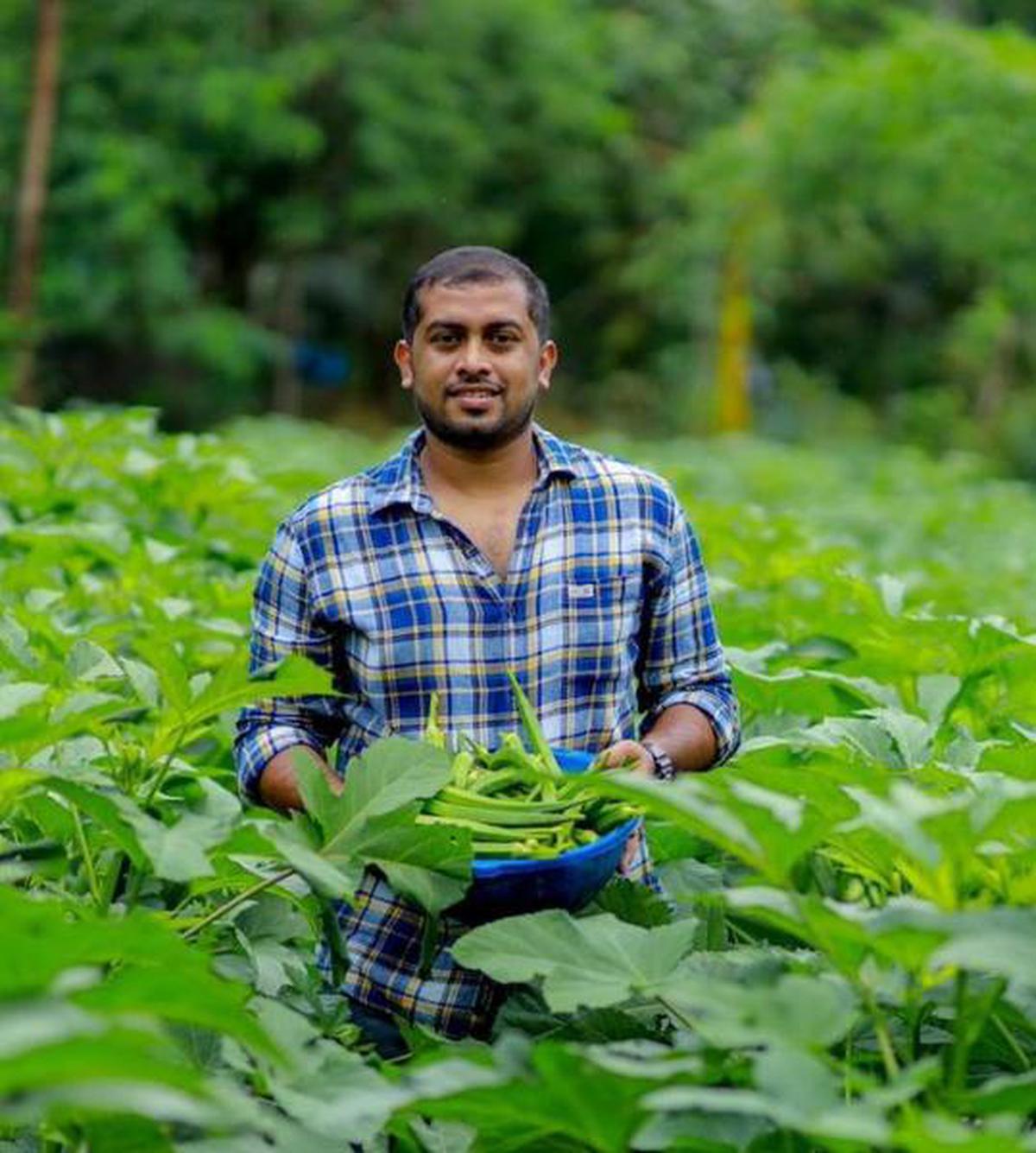 Bhagyaraj B, from Cherthala, farms vegetables – okra, bitter gourd, plantain, ash gourd, cucumber, string beans and papaya – besides grown chicken, duck, and quail. Usually he would post a list on WhatsApp, to all his contacts. However after being featured on the lovelocalbuylocal page, he stopped. The post resulted in many calls and orders from a wider audience, giving him more reach for the future. “Now I load up my pickup and head to specific locations – near apartment buildings – where people buy from me,” he says. He makes the trip once a week.

There have been a few, minor hitches especially to with quantities. Especially mangoes – “People want a kilo or two, and for the vendor, who exports huge quantities it doesn’t make sense. Also a kilo or two might mean just two or three mangoes and he sends six kilo boxes … those were teething troubles. All said and done, he has managed to finish his stock,” says Diwia.