Chennai’s Savera Hotel has been busy despite the lockdown. With guests, both Indians and foreign nationals stuck, the hotel has been functioning through the past couple of months albeit with completely reworked systems. Nina Reddy, joint managing director of the hotel, says that when Janata Curfew was announced on March 22, she asked 120 of her staff to move into the hotel while the rest (over 700, including all women) were instructed to stay home.

“We transformed our conference halls into dormitories. Next, we moved the guests staying in ten different rooms to one floor and switched off the AC and heater on all the other floors,” says Nina. Since they had a fully functioning kitchen, they began to cook lunch for policemen on duty everyday. Nina adds, “I got in touch with Friends of Police, and they said they needed 1,000 packed vegetarian meals every day. While our chefs prepared the meals, staff from different departments got together and packed the food, which was picked up by the police department every day.” 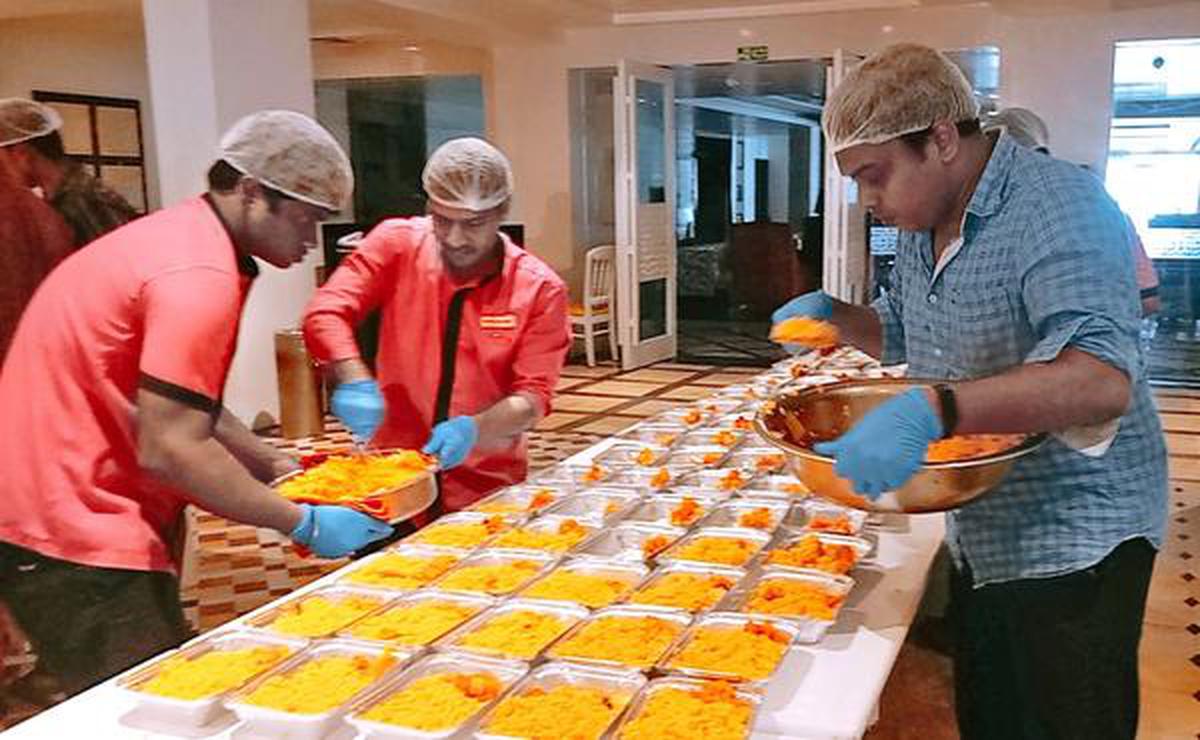 The hotel’s popular cafe, Brew Room, is now operating from the Freeze Zone ice cream parlour premises on TTK Road, Alwarpet, while the parlour has moved to Radhakrishanan Salai nearby. Brew Room is focussing on breads, pizza base, muffins, and cookies for now. “We are doing whatever we can to salvage the situation,” says Nina, adding that for the first time ever Savera has also launched a takeaway service.

“For Ramzan, we are offering mutton and chicken as well as vegetable biryani as takeaway. We offer Ambur style biryani (mutton and chicken) made with basmati instead of seeraga samba, hand pounded red chilli and charcoal dum. It is packed in a steel box for Ramzan, and the combo has three kilo of mutton/chicken biryani, six boiled eggs, 12 pieces of fried chicken, 12 pieces of gulab jamoon along with curd raitha and brinjal gravy,” says Chef Jesu executive chef at Savera.

With fewer people in the hotel now, the campus is quiet enough to allow the staff to play cricket in the car park. So, if you’re lucky, in the absence of IPL, you may still be able to catch a match when you go to the hotel to pick up your biryani.

During lockdown, Telugu actor and chef Jeevan Kumar helped in cooking and distributing food for 2.5 lakh people in Hyderabad

During lockdown, Telugu actor and chef Jeevan Kumar helped in cooking and distributing food for 2.5 lakh people in Hyderabad