“Our industry has literally come to a grinding halt,” says Sridhar Natarajan, son of Chennai’s legendary caterer Arusuvai Arasu. After four busy decades of cooking for weddings, religious ceremonies and large events, Arasuvai’s stoves were turned off when the lockdown to tackle COVID-19 began.

“I have about 130 catering staff and 30 administrative staff: I spend close to ₹7.5 lakh per month on salaries,” says Sridhar. “Since March 15, bookings for weddings started getting cancelled. Some have been postponed to September, but a majority have been postponed indefinitely,” he states, adding that he is now busy returning advance payments collected from clients.

In the meantime, they have launched a home catering service, Homely Fresh Foods, to stay afloat. Sridhar’s sister Soumya Ramesh says in addition to providing them with an inconme to stay afloat, this enables them to “stay in touch with our customers.”

Homely Fresh Foods offers a “breakfast combo” comprising one kilogram of dosa batter, along with a litre of sambar, as well as filter coffee decoction. To encourage customers to subscribe monthly, they have incentives such as a dosa tawa and idli cooker. 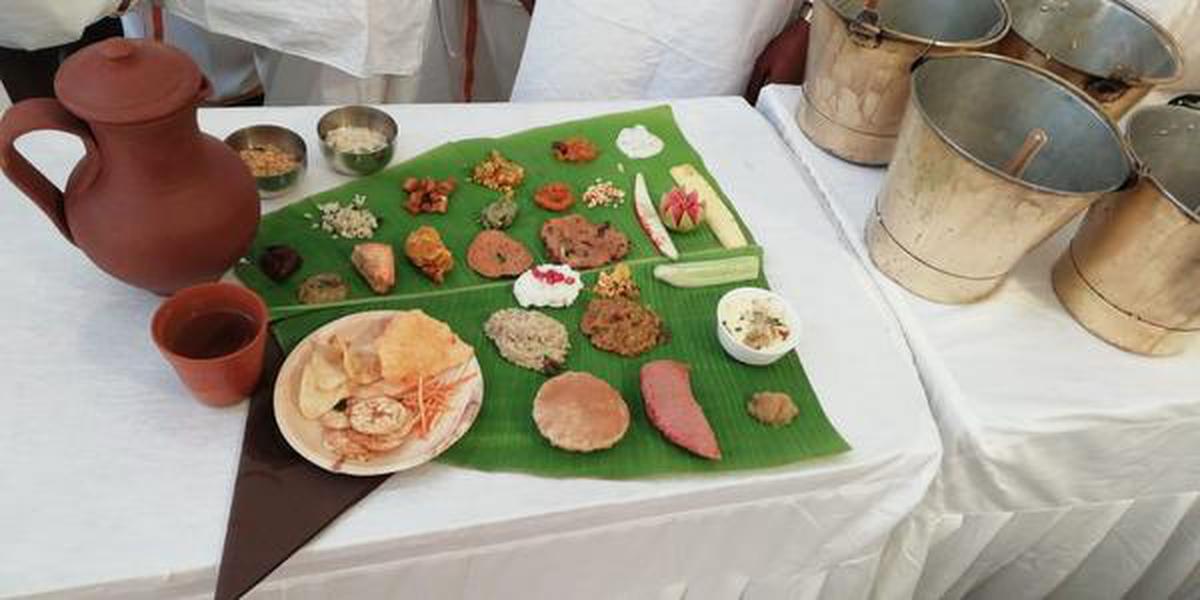 “We believe that our customers must get the satisfaction of preparing idli or dosa hot and fresh, which is why we decided to include batter,” says Soumya. “We are also experimenting with sambar and rasam packs, where one has to just boil vegetables along with the premix and prepare the dish,” Sridhar adds. S Ganesan, of Subham Ganesan Catering Services, who has been in the field for 25 years, says that his “cash inflow is now zero”. Over the past couple of months, he has catered for just one small wedding conducted at a client’s home in Rajakilpakkam. “We prepared a simple muhurtha saapad (wedding feast), which was served in the car park. For huge caterers like us, who are used to serving meals for 3,000 guests, this was such a contrast,” says Ganesan. He adds that wedding menus will need to be modified to make sure they are cost-effective, as people may not be willing to splurge any more.

Well-known wedding caterer LV Pattappa’s son, Balaji Pattappa, of Pattappa Catering Service, says at least one lakh people are dependent on the wedding industry for their livelihood in and around Chennai. 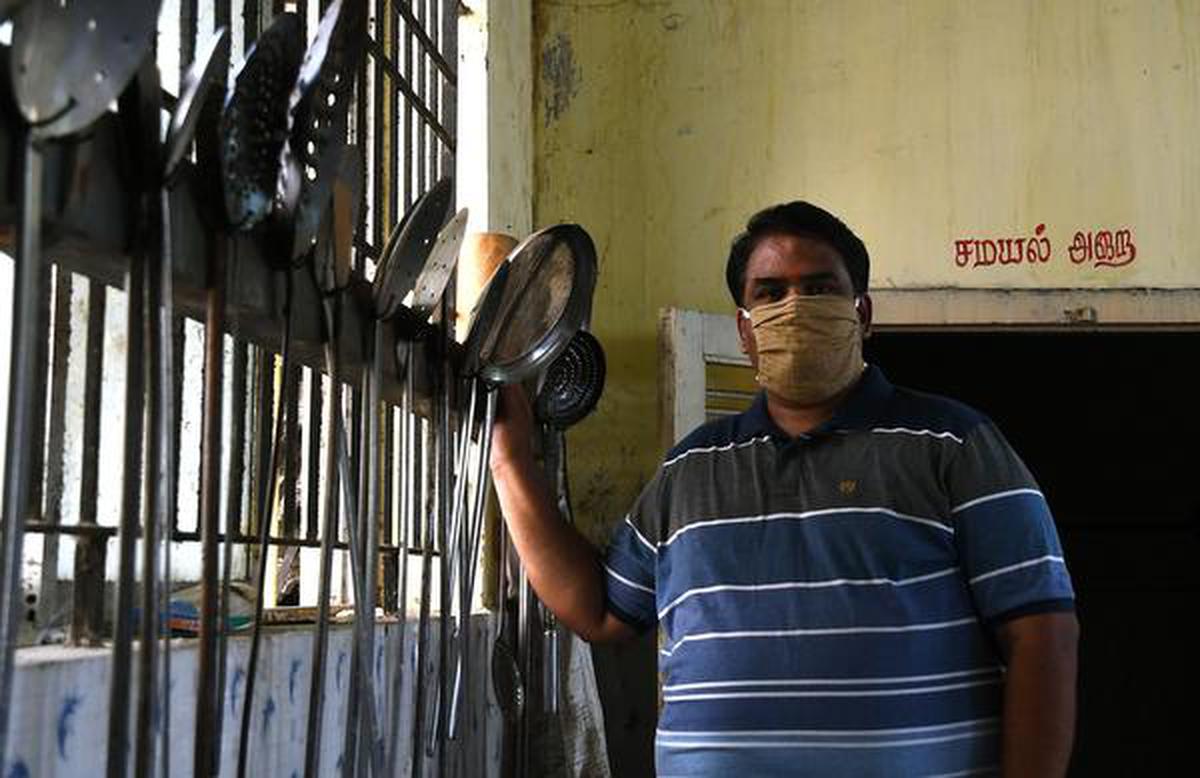 He explains that Chennai has almost 750 big, medium and small wedding halls, with about 1,000 weddings conducted across these venues during ‘auspicious’ months. “With a number of restrictions and physical distancing in place we do not know if, going forward, weddings will be conducted in a grand manner. What are we to do? It is a big blow after being in this service for four decades,” he states.

Balaji adds, “Through March and April I could somehow pay my staff. They are not on our payroll, but work with us only for weddings, yet they have nowhere else to go, so I am responsible for their welfare.”

He explains that most caterers hire huge kitchen spaces in the city, which they also use as godowns to stock raw material. “We have to pay the rent for these. We have mini trucks, purchased on loan, and have to pay EMIs.” He adds, “I don’t see any weddings being conducted till October, which means we need to stay afloat for well over five months.” To do this, Balaji has launched Pattappa’s Sweets and Savouries, which will be home delivered based on pre-orders. He says he is also contemplating launching “carrier meals”.

Ganesan, who already has outlets selling sweets and savouries at Mandaveli, T Nagar and Pallikaranai, says that he plans to offer takeaway breakfast, lunch and dinner at his outlets after the lockdown. “Currently, my plan is to offer a combo, keeping the cost affordable.

Lakshmi Narayanan of Sri Lakshmi Narayana Catering Service, who usually caters to small and medium weddings, says he is now working on returning all the advance payment collected, though he needs it to pay his staff of 20.

He is also looking for a space along the highway on the outskirts, in and around Red Hills, to set up a takeaway restaurant. His idea is to make a nominal profit, by selling staples such as idli/dosa, lemon rice, sambar rice and birinji rice, in order to provide two square meals for his staff and their families, many of whom plan to work as agricultural labourers in the surrounding villages.

Although these enterprises are unlikely to bring in the kind of profits that weddings do, the caterers say they will be useful as a stop-gap arrangement, and keep their staff employed. 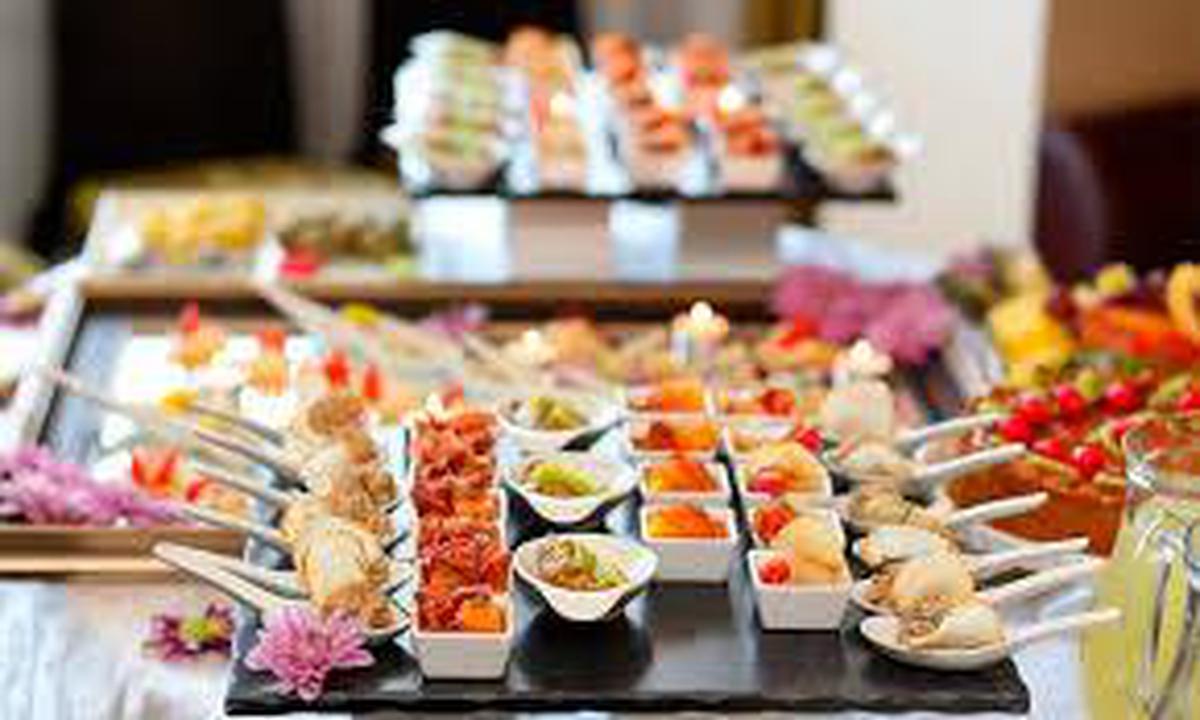 “I belong to the sixth generation of my family that is into catering,” says Balaji. He adds, “We believe that ours is a noble profession. We are the samayal kalaignargal, who have provided feasts for many weddings and celebrations, serving up to 5,000 guests. Look at the irony of the situation, now we are left without even one square meal a day.”

Septuagenarian LV Pattappa, who has been in the field since he was 16, says that simpler weddings might become the norm. “Caterers have to brace themselves to cater to 200 to 500 guests instead of 1,000 to 2,000 or more. Weddings could be conducted over two days, inviting batches of guests for different events.”he says.

Meals for a few: The Maintenance of Internal Security Act (MISA) law was passed by the Indian Parliament in 1971 by Prime Minister Indira Gandhi. The law restricted/banned the public gathering of over 150 persons, and this affected the wedding celebrations those days. When Arusuvai Arasu and LV Pattappa were the new entrants in the business, they faced a set back then. “But the law was in force just for few weeks, therefore we were not affected like now,” says Pattappa

Pattappa suggests that caterers could employ contract workers on rotation, where there will be jobs for 20 to 30 people per wedding. He doesn’t believe that clients will cut costs for weddings even post-COVID19.

He states, “There is no chance of reduced rates, as the traditional wedding feast has a set menu which no one would want to compromise on”.