Kerala gives a push for tuber cultivation during COVID-19 lockdown

“I can’t wait to see whether I will be able to grow koorka (Chinese potato) at home. I haven’t done that before. I have planted the rhizomes to raise the vines and, hopefully, will succeed,” says Chandrika Devi S, adding with a chuckle that she even browsed the Internet to clear her doubts.

The 50-year-old Government employee from Vizhinjam in Thiruvananthapuram district remembers growing up in a homestead with tubers of different varieties. “They were part of our daily diet. But as food habits changed, I never got around to cultivating them. The lockdown has got me thinking about self-sufficiency in food and I have planted madhura kizhangu (sweet potato), koova (arrowroot), chembu (colocasia), chena (elephant foot yam), kaachil (purple yam)…” The planting material was provided by Santhigram, a voluntary organisation in the district, which has initiated a scheme to promote tuber cultivation in and around the area.

The COVID-19-induced break in supply chains of food has brought the focus back on tubers in Kerala. Besides the State Government, voluntary organisations, local self Government bodies and farmers’ groups have also stepped in to promote cultivation of roots and tubers, along with vegetable farming in the state.

Tuber in every household

Mayyil panchayat in Kannur district has launched a scheme to grow tapioca and sweet potato in every household. It is led by Mayyil Rice Producer Company (MRPC), a farmer producer organisation that has been instrumental in reviving paddy cultivation in the panchayat. “Planting materials of both tapioca and sweet potato were distributed early this month. There are over 8,000 households in the Panchayat and tapioca cuttings were given away to over 6,100 of them and sweet potato vine cuttings to nearly 1,000 families,” says TK Balakrishnan, managing director, MRPC. While tapioca can be harvested in six months, it will take three or four months to harvest sweet potatoes. 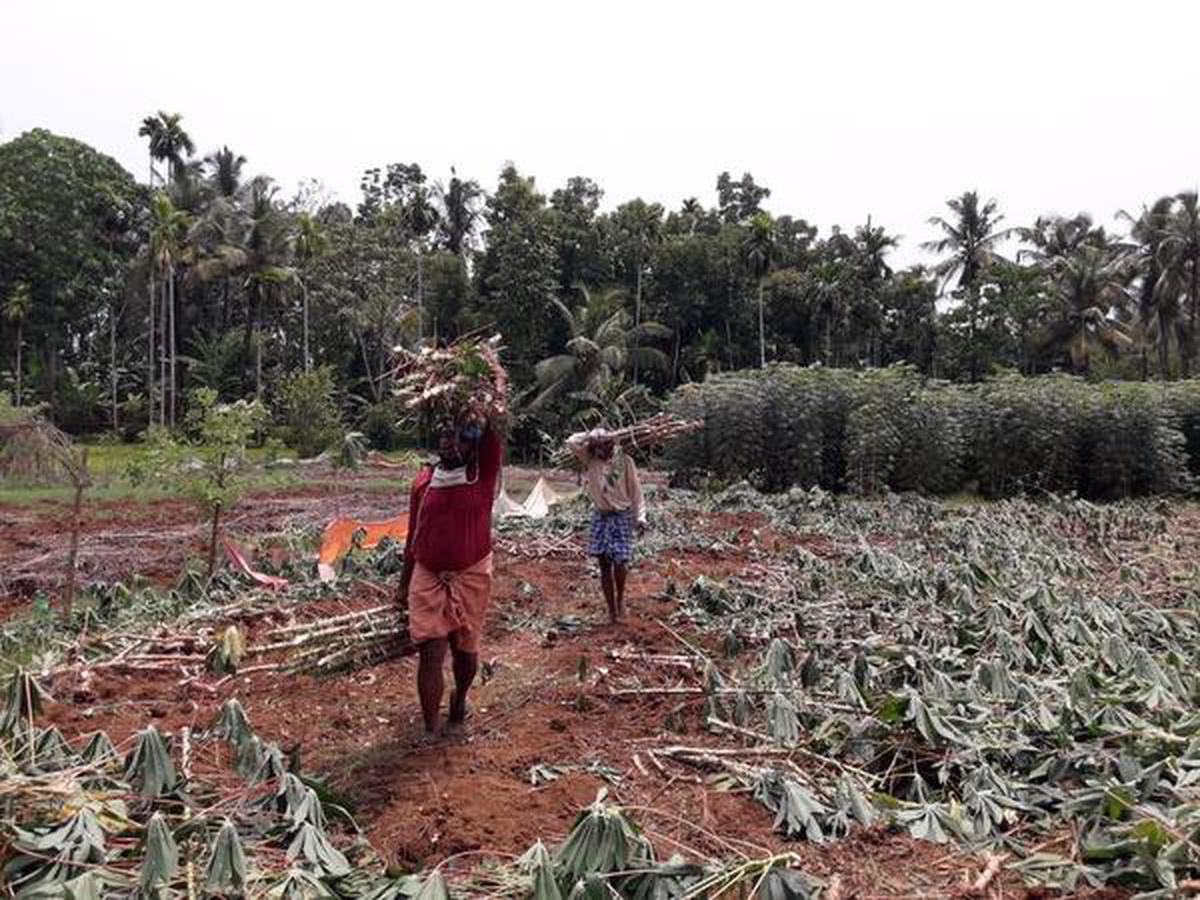 He says that this is part of making every household in the Panchayat self-sufficient in food production. “Ginger roots and turmeric rhizomes have already been distributed by Mayyil Krishi Bhavan. Later this month, we are distributing vegetable and paddy seeds in the panchayat. We have divided the Panchayat into several clusters, and guidance regarding cultivating vegetables and tubers will be given by the conveners of these clusters,” he adds. The company is supported by the Agriculture Department, Panchayat officials, libraries and like-minded individuals.

S Suja, coordinator with Santhigram, says the organisation has been focussing on food security for the last three years. “During the lockdown, we were able to give vegetable seeds to 100 families. Tuber cultivation came as the next phase and the planting materials have already been distributed to 50 families,” she says. Meanwhile, the University of Kerala has announced that it will revive farming on its campus at Kariavattom in the State capital, which includes tuber cultivation. Another initiative is by the corporation of Kozhikode, which has already started tapioca cultivation in 12 spots that were lying fallow.

Indigenous plants for wellness – The Hindu