How do you fit the drama of inventive modernist cooking in a takeaway box? Chef Vikramjit Roy is putting all his energy, experience and talent into finding a way.

The Delhi-based chef, who worked with Michelin-starred Okura in Tokyo and launched the iconic Pan Asian at ITC Grand Chola in Chennai, before moving to Tian in Delhi, is stepping out of a restaurant kitchen for the first time, to launch a delivery-only space along with his business partner Anurodh Samal. Even six months ago, moving from a luxury kitchen to a takeaway counter would have been seen as risky and self-destructive. However, after almost three months of being in lockdown, multiple restaurants, including many from five-star hotels, have pivoted to delivery, and it seems like a logical, intuitive move. After all, with COVID-19 still lurking, it may be a while before restaurants are packed again. And even longer before they are profitable.

While a restaurant designed for diners will find it challenging to make a profit from delivery, due to high overheads: a delivery-only outfit is in a much more comfortable space.

“I have been prepping for this ever since I quit ITC,” says an upbeat Vikramjit over a call from his 580-square-feet kitchen in Gurugram. Hello Panda, which will launch on June 20, serves Japanese, Thai and Chinese food. Building on Vikram’s strengths, which include an imaginative approach to modernist cooking, the menu includes liang ban ji (cold-pressed chicken with spring onion and peanuts), miso-ginger glazed chicken and comfort food like rice broth with vegetables. Hello Panda’s Japanese menu also includes slow-cooked dishes that have to be pre-ordered, such as an 18-hour braised pork belly.

The pricing is where takeaway startups like this have an advantage over traditional restaurants. Hello Panda starts at ₹295 and goes up to ₹1,995.

In the style of luxe dining, however, the team keeps small details in mind — ice gel packs for their travelling sushi and sashimi for instance. Food will be packed in bamboo paper, not plastic. Just because it is delivery, it does not mean everything will be thrown into a container and taped shut, says Vikramjit, adding, “It may not be as detailed as a restaurant, but it will have a lot of finesse, garnishes, personal hand-written notes and even balloons.”

Aditi Suresh gets this sentiment. She is one of the brains behind Chennai-based boutique catering brand Plated Stories, which launched in May with take-away and delivery-only dinner boxes to be able to continue supporting its employees. With this operation underway, Aditi and partner Paul Raymond (who also co-owns Kabuki and other prominent city restaurants) are able to keep a chef, a sous chef, three cooks, a number of helpers and four delivery personnel employed. “It was either this or lay off our staff,” she says. Explaining how they provide an end-to-end service, she says, “We deliver through our own drivers, with glass masks [face shields] and everything else in place. We don’t use any aggregators or delivery brands.” Similarly, Pricol Gourmet, which owns Savya Rasa, Soy Soi, Double Roti and Bharat Bistro, has just launched Bangkok Bae, parcelling Thai comfort food, including curry kapitan, satays and peanut chicken. Japtej Ahluwalia, co-founder and executive director of the brand, says they are averaging eight to 10 orders a day. Their three-month target is to make this reach 50 to 60 orders a day.

Despite their other restaurants being listed on food aggregator and delivery portals, Japtej says they have started Bangkok Bae, which will be followed by another delivery-only brand called Madurai Military Mess, because they believe this segment will grow in the next few months. “Restaurants are essentially high capital models and everybody who has invested in them will look at off-shooting and starting cloud kitchens,” says Japtej. 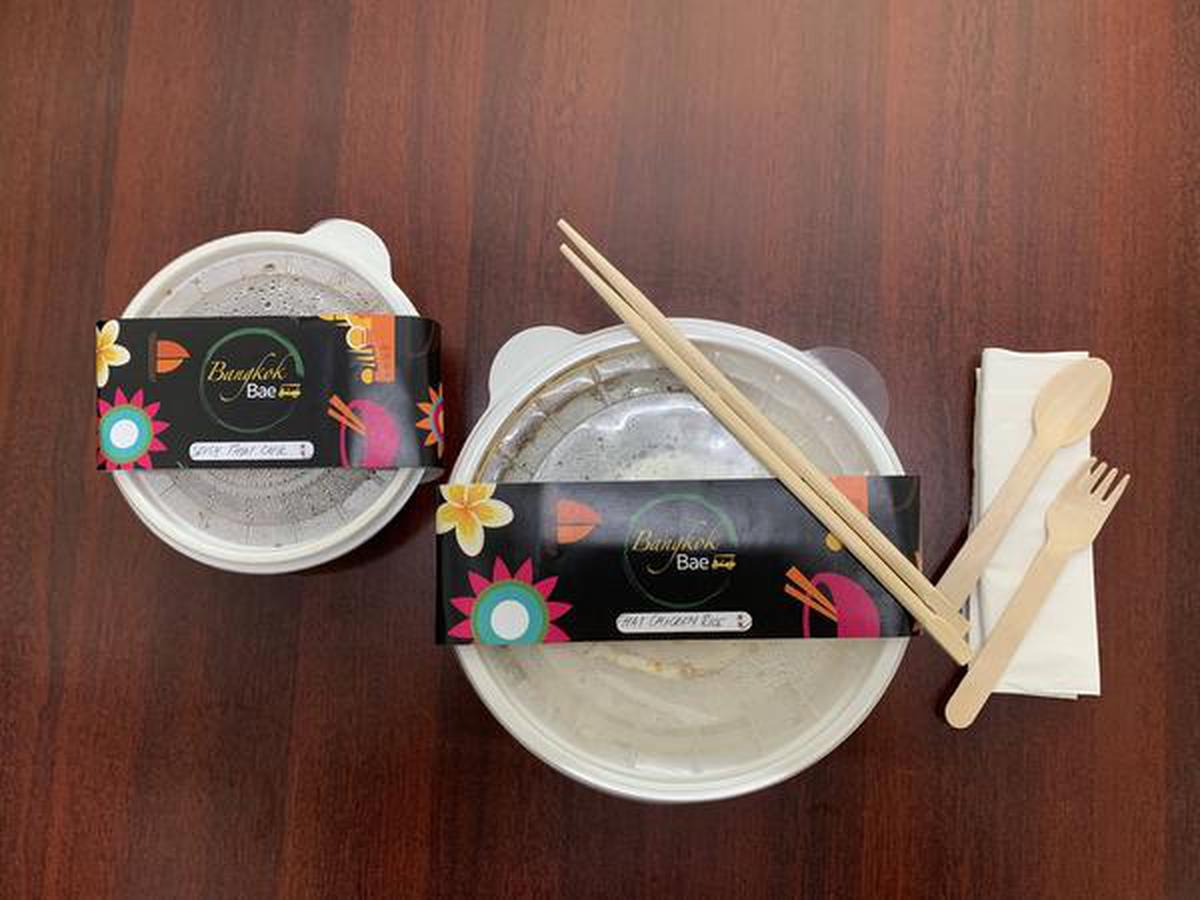 The one thing that all these businesses have in common is years of brand value, which they are now leaning on. As Aditi points out, no business has funds to spare right now for marketing new initiatives. She says “We have not done any marketing, beyond a WhatsApp blast to our own contacts, and our social media.” Plated Stories has delivered over 350 meals in the past month. “We plan dinner boxes thrice a week, and like to mix it up: North Indian one night, international cuisines the next, and a comforting South Indian meal on Sundays. We also do a kebab platter, as people are slowly starting to meet in twos and threes,” Aditi says.

Stating that this is not a temporary fix to tide them over till things return to normal, she adds, “In all honesty, I think this is the new normal.”