Omana is the star attraction of Village Cooking – Kerala, a YouTube channel that focusses on ethnic recipes of Kerala

Omana amma says she gets impatient when people walk up to her to talk about her videos that have gone viral. “I am uncomfortable with so much of attention. I sometimes lie to them that I am not the one they are referring to,” laughs Omana. And if anyone asks why she looks so serious in the videos, her reply is brusque, “I don’t like smiling when I am working.”

In the growing tribe of YouTubers who have shot to fame with their cooking videos showcasing ethnic and traditional cooking is this 66-year-old from Pathanamthitta. She is the face of the YouTube channel, Village Cooking — Kerala (Village Cookings is the Facebook page), launched by siblings, Amjith S and Abhijith S. With four lakh subscribers and 33 million views on YouTube and 10 lakh followers on Facebook, the team is whetting the appetite of viewers. 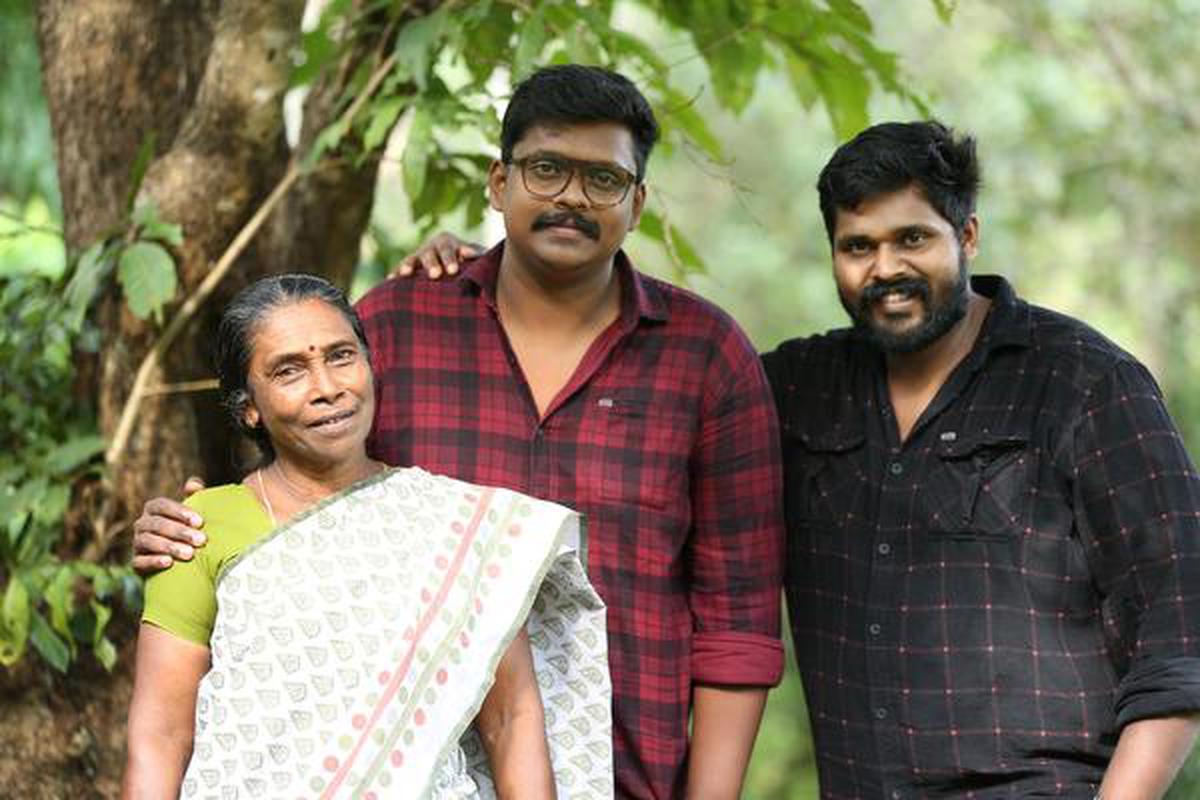 Although the Facebook page was started in 2017, the videos gained traction only when Omana became its face. Shot by the brothers in and around the rural surroundings of their home at picturesque Pothupara, some 15 km away Ranni, the videos come packed with sure-shot ingredients to garner views — fresh produce, greenery, open cooking, vignettes of village life such as flora and fauna… And there is Omana, clad in a lungi, blouse and thorthu (towel), with her hair tied in a neat bun, a picture of confidence and concentration, when she is at work on the firewood stove.

“There are other channels that showcase this food culture, but we wanted ours to stand out. Omana amma, who is a relative, made all the difference,” says 28-year-old Amjith, a hotel management graduate, who is also into creating websites and content for digital platforms.

Amjith says that though Omana was hesitant to do the videos, gradually she got into the groove. “She isn’t your typical host who smiles at the camera and explains everything in detail. Amma is so matter-of-fact that she even sounds curt at times. She just goes about her cooking with no attempt to play to the gallery. It’s this attitude that has won her legions of fans. In fact, she is so restless in real life that she can’t sit idle for even five minutes. That briskness comes across in the videos,” he adds.

Viewers gush about the ease with which she works, firom her impressive skills with the knife to how she uses traditional grinding stones (such as ammikkallu, arakallu and ural). 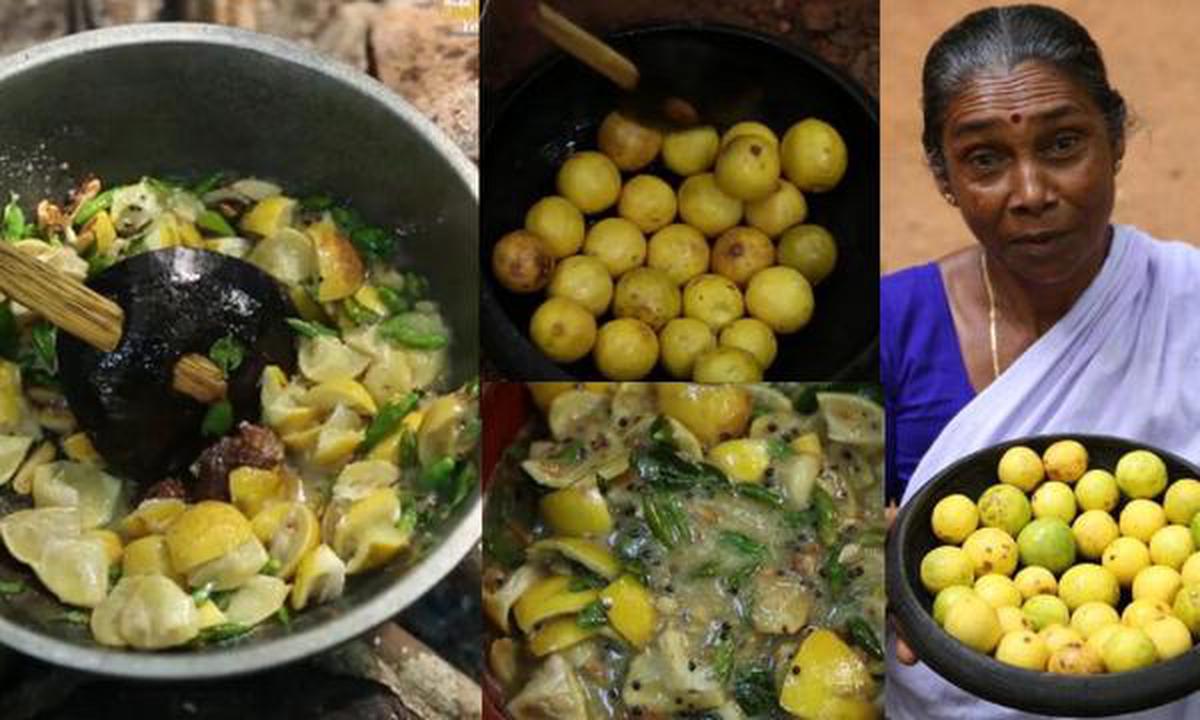 Her nimble fingers use her knife like an artist’s instrument. Omana says: “I bought it 24 years ago from a vendor. Some other women in the neighbourhood had also bought it then. But theirs got damaged. The blade of my knife is worn down from so many years of use.” Amjith adds, “We are worried about how long it will last!”

In over 185 videos, the team has covered a range of commonly-prepared dishes in Kerala households. So there are those very Malayali food for breakfast, vegetarian and non-vegetarian curries, thoran, pickles, snacks and savouries, payasam… “The videos that got the maximum views were the ones on chammanthipodi (roasted coconut chutney powder, 46 million views), pothichoru, and snacks such as Kerala mixture, kuzhalappam…,” Amjith says. 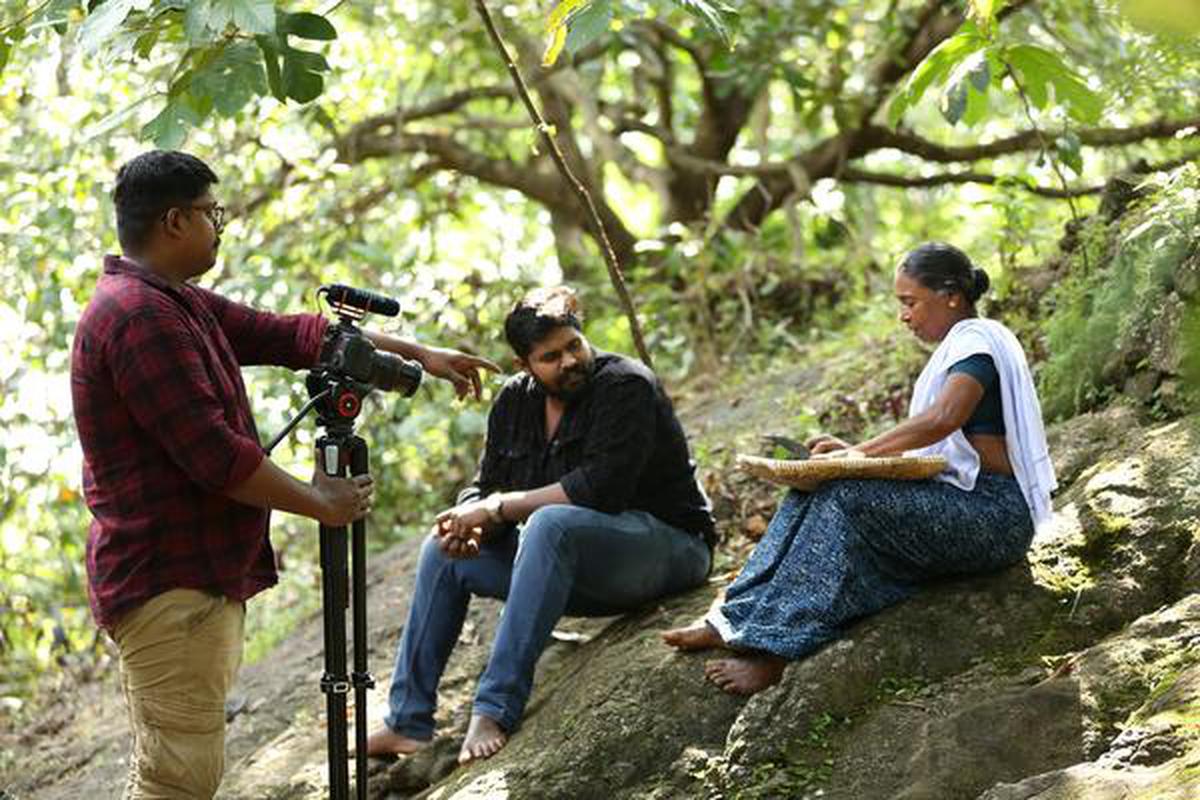 Omana has also re-introduced curries she learnt from her late mother, such as thoran with plantain seed or skin of tapioca. “When we were young, tapioca skin used to be dried and stored so that we could use it during Karkkadakam (July-August). We used to cook it with pulses. If someone in the neighbourhood harvested tapioca, they would give us the skin! Banana stem also used to be dried and kept for the lean season. On some days, when there was less of rice, we made up for it with such dishes. Maybe that’s why I am healthy enough to work at this age,” she says.

With Onam round the corner, they have planned videos on those curries and pickles that go into the sadya. An episode dedicated to Onasadya too is on the anvil.

“Last year, we shot an Onasadya episode in which families from my neighbourhood stepped in to cut vegetables and cook with Omana amma leading them,” Amjith says. “A grand feast was laid out for over 30 people at my home.”

Grind the cumin seeds and garlic to a fine paste. Mix it with the rice flour. Add salt to taste. Make a soft dough by adding just enough boiling water. Set aside for 10 minutes. Take a gooseberry-sized portion of the dough and shape it into a small ball. All the dough should be shaped like that. Heat oil in a pan at medium-high heat. Drop 10 to 15 of the marble-sized into the hot oil. Keep the flame to medium-low and deep-fry until golden-brown, stirring in between so that they are evenly browned. It takes about 10 to15 minutes. Take them from the oil and set aside to drain. Allow to cool. Keep it in an air tight container.

Hotels and caterers in Thiruvananthapuram are upbeat about the Onam season

Artisanal confections for Onam – The Hindu

Artisanal confections for Onam - The Hindu