I always thought the two words — Chandni Chowk — spelled magic, even though the marketplace never really looked like what the name suggested: a silvery, moon-lit centre. But I wonder what the once incredibly busy neighbourhood looks like now. The shops are mostly shut, and the roads will be empty. But in the little lanes, some of the eateries delivering food should be open, even though the crowds that gather there every morning for breakfast will be missing.

The thought of having breakfast at Chandni Chowk had been haunting me for a while. When I am stopped from doing something, it troubles me no end. I don’t recall when I last went to Old Delhi for my morning fare, but I had been dreaming of it ever since the lockdown. As someone wise once said though, if you can’t go to the market, let the market come to you. It wasn’t exactly the market, but one of my favourite shops — Kanwarji’s — that came visiting one morning. 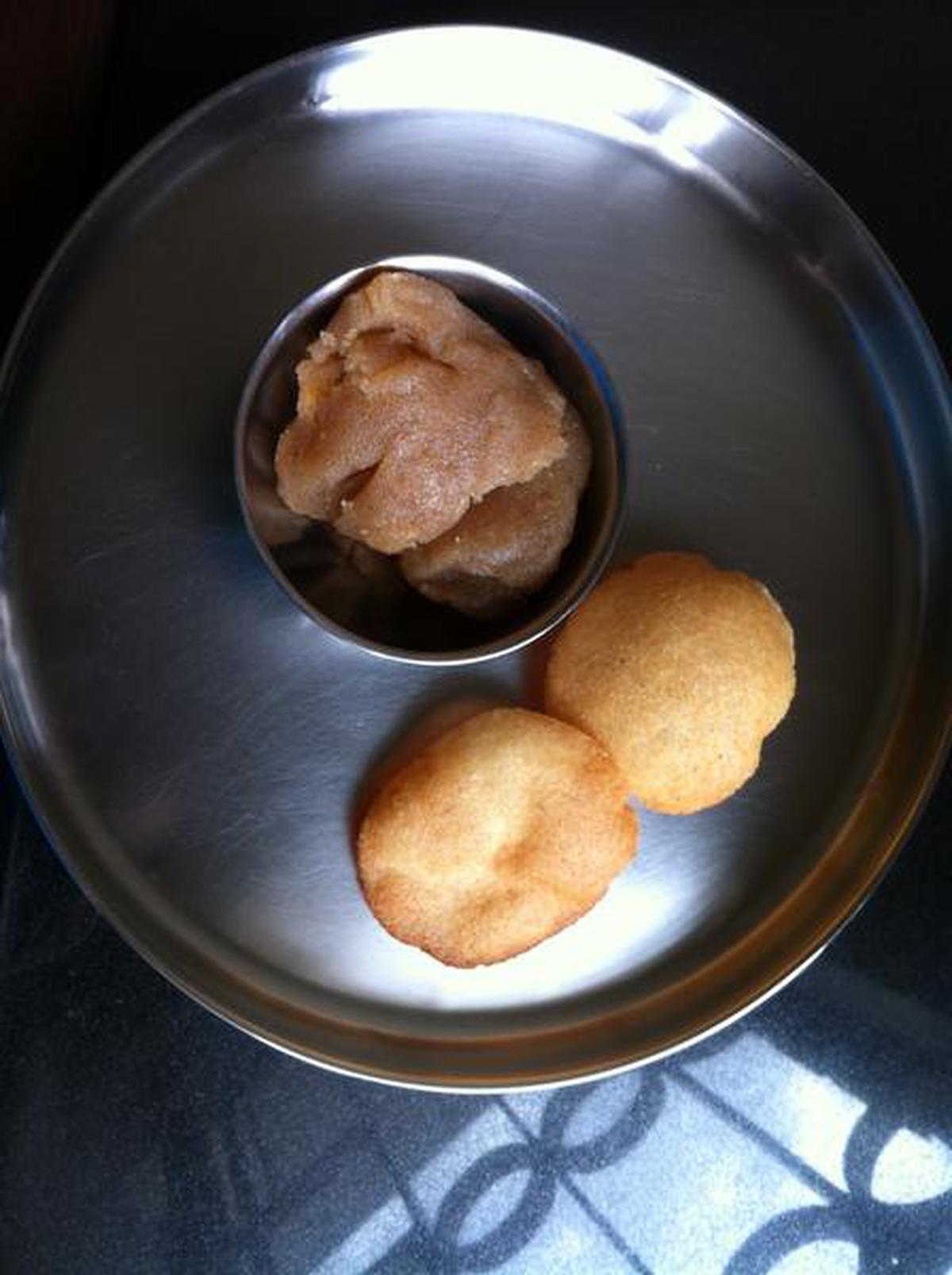 Kanwarji is at the mouth of Parathey Waley Galli in Chandni Chowk. The shop, which was set up in 1850, is famous for its dal beeji — a delicious mix of bhujiya, cantaloupe seeds, musk melon seeds and brown masoor dal. The shop split into two quite a while ago. And then, some years ago, it opened a branch in East Delhi (G-1, Sagar Chamber, Saini Enclave, 011-22374913). I found out that the dal beeji (250g for ₹160) was on the menu of the East Delhi branch, and what gladdened my heart further was the information that it sold bedmi aloo on Sundays — which would be delivered by Swiggy.

So, I was up with the lark on Sunday morning, and before anyone could say COVID-19, I had placed my order for four plates of bedmi aloo (₹60 for each plate), and two plates of nagori halwa (₹60 for a plate of five small flat puris). Each plate of bedmi came with two stuffed puris, a good helping of a spicy potato sabzi, and a finger-licking mixed pickle. Nagori halwa, for those who came in late, is a traditional breakfast dish of little discs (like flattened golgappa) served with halwa. You make a hole in the disc, fill it with halwa, and pop it into your mouth.

So I promptly popped one (and then two, and finally three) into my mouth. It marked the end of what was a delicious meal. The bedmis were thick with pithee (the lentil paste that the dough is stuffed with) and I loved the aloo —which, while hot, wasn’t as hot as I remember it used to be. The pickle complemented the curry, and I finished the meal with some halwa — cooked in desi ghee, but with a light hand, and with just the right amount of sugar in it.

Kanwarji is also famous for its aloo ka lachcha (₹600 a kilo). I have spent many a happy afternoon in the original Chandni Chowk branch, eating their aloo samosas. In winter, they sell some innovative chikkis (those wonderful jaggery and nutty bars) flavoured with rose petals or even pista bits.

It was a lovely Sunday, after a long, long time. I had bedmi for breakfast, and then bedmi again with my evening tea.

There was no bedmi left for dinner, alas, but I had the spicy aloo sabzi with roti. The night wasn’t bathed in a silvery moon, but I somehow felt enveloped by the magic of the Old City.

Register to The Hindu for free and get unlimited access for 30 days.

1 carrot, 1 radish and a few beans: Cooking in the time of COVID-19

1 carrot, 1 radish and a few beans: Cooking in the time of COVID-19