How one family compiled its sentiments and recipes spanning multiple generations, continents and cultures, creating a legacy that is now being turned into an e-book

Though Ambat Kunjikutty Amma is no more, her presence as family matriarch can be felt in every page of Kaipunyam – A Gift of Magical Flavours, a digital book of family recipes and food-related memories.

Compiled as a culinary memoir, the book criss-crosses cities, countries and continents as family members scattered across the globe chipped in with memories relived. While some wrote in, the others told their food stories. 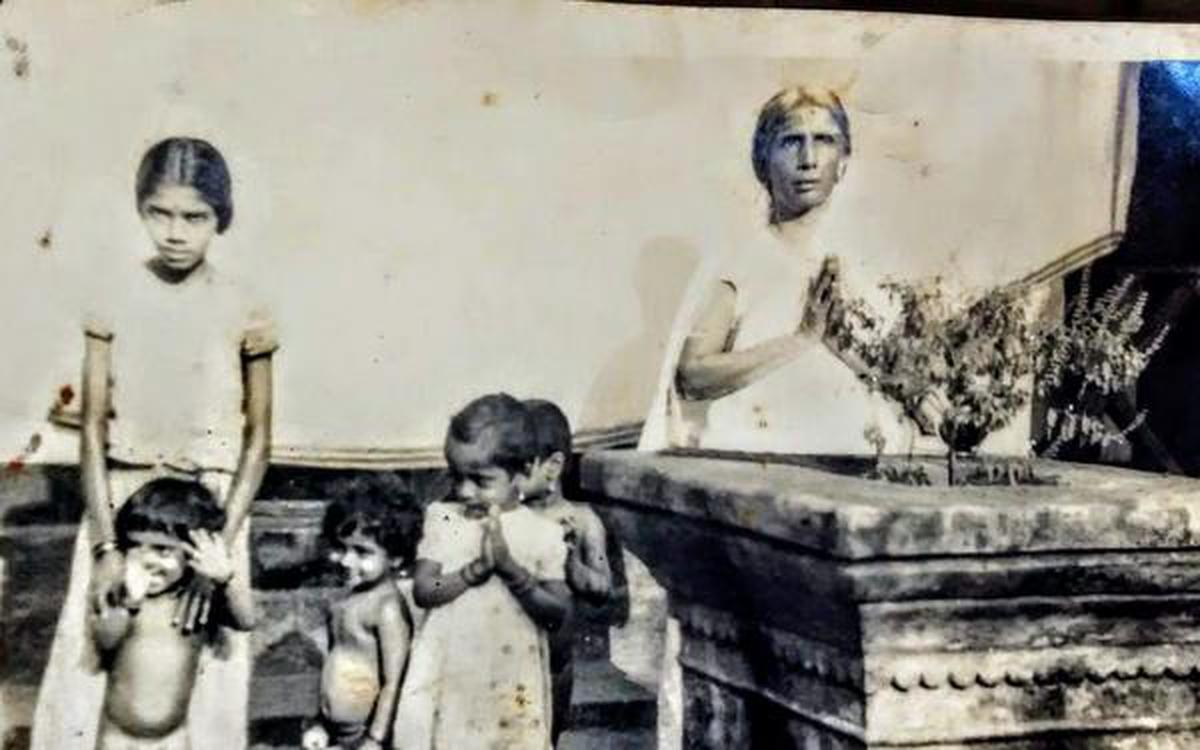 Ambat Kunjikutty Amma with her grandchildren

The genesis of these, spanning generations, lies in a stately house in Chittur, Palakkad called Janaki Vilas, named after Kunjikutty Amma’s mother Janaki Amma. Widowed at 28, Kunjikutty Amma raised her children there. She passed away in 1959. The family house is the focus of the food memories.

As much as the compilation is about food, it is also about love — for mother, father, sibling and the in-laws too. The 21 chapters span memories from more than 50 years ago, from the simply-named ‘mom’s sambar’, chicken curry, pappada vada and Gurkhali chutney to tomato fried egg. The latter is the contribution of Qingdi Huang, who is married to one of Kunjikutty Amma’s great grandsons. The editing and illustrations are by the female members of the family.

This is not the Ambat family’s first lockdown project: earlier, in May-June, the women had worked on a music-dance video, a virtual compilation, in which they showcased their skills. The compilation resulted in a WhatsApp group — Rocking Family — exclusively for the women of the family, formed by Malaysia-based Vineetha Panicker. The cookbook originated from conversations in the group.

Rathi Menon, retired Head of Department (Malayalam), St Xavier’s College, Aluva, suggested they compile the recipes. She is married to one of Kunjikutty Amma’s grandsons. “Hers was an initiative that proved to be a great way to connect with each other as well,” note the editors and sisters, Sudha Prabhakar and Usha Menon. 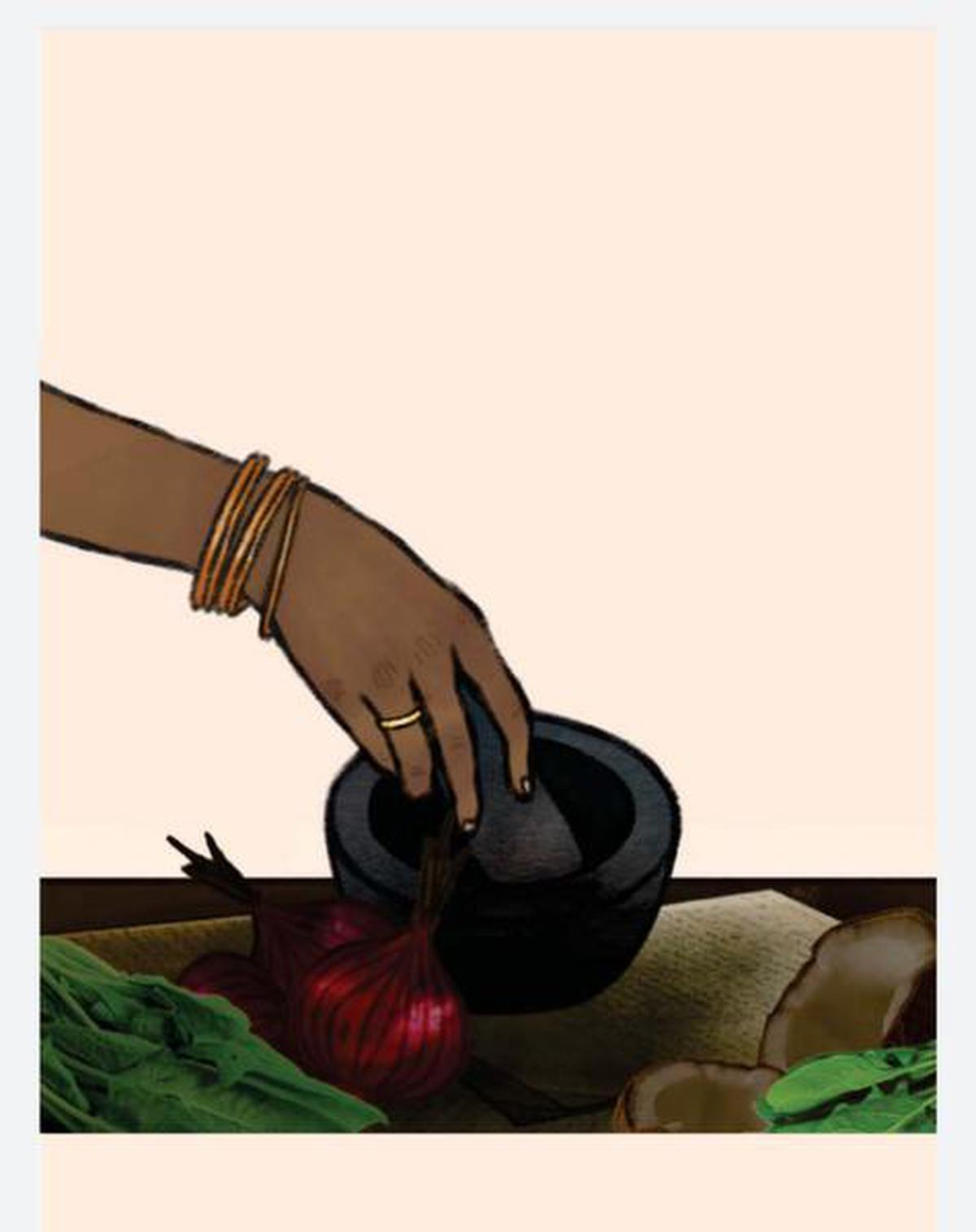 The entire book, cover to cover, is the work of the women of the family. The youngest of the lot like Bharati Rohit and Anjali Narendra illustrated the front and back covers respectively. At 17, Anjali is the youngest to be part of the project. Seventy five-year-old Kamala Pillai rediscovered her passion for painting when she illustrated a chapter. Each chapter is accompanied by a photograph of the contributor with their mother or mother-in-law whose recipes are in it.

The Janaki Vilas household cooked vegetables available within their compound, says Vasanthi Aravind. Breadfruit was plenty, which was made into mezhukkupuratti (a dry dish made with shallots and chilli, crushed and fried in coconut oil). Other dishes, cooked often were, olan, molokoshyam (a preparation of toor dal, vegetable of choice cooked with salt, turmeric and chilli powder) made with papaya, moringa leaves, Chinese potato or pigeon pea.

For some, the exercise of picking one or two dishes was an emotional experience. Like Sudha Menon, whose mother died when she was two. Her relationship with food was shaped largely by her father. For her, it is a metaphor for the bond she shares with him and her brother.

For Qingdi, who is of Chinese descent, contributing to this book was an acknowledgement of the love and affection her husband’s family has shown her. She says, “I have fond memories of the first time I met Sandeep’s family. Although I was quite nervous, their warmth made me feel instantly at ease. For me, becoming part of the family was very natural, as they welcomed me with open arms. Although the time we spent together in person was short, we always shared laughs, long conversations, and I wish I could learn more of Amma’s cooking.” Qingdi’s recipe is a dish her grandmother used to cook. She also cooks Indian food such as sambar, idli, dosa, chutney, and fish curry too.

The family is so buoyed by the response for the book that they are planning to bring it out in the print form.