‘Turmeric is for auspicious beginnings’… So says a note on bottles of ‘Sittilingi Gold’ that were given as return gifts at the marriage of Hyderabad-based Ajay Narne’s daughter. Dr Dhanasekhran Krishnan, Dean of Stanley Medical College, Chennai, did the same.

“Both of them wanted to help tribal farmers in Sittilingi, whose organically grown turmeric has a high content of curcumin, which has many health benefits,” says Dr Regi George, anaesthetist and health activist working in Sittilingi for 28 years, over phone. For the last four-five months the doctor has been busy on social media, to help the farmers sell their turmeric.

For Regi and his wife Dr Lalitha, an obstetrician, selling the turmeric is merely another facet of their work in the Sittilingi valley, 85 kilometres from Salem,Tamil Nadu. In 1993, when the young doctor couple from Kerala decided to open a hospital in a hut in Sittilingi, it was a dusty bowl that was 50 kilometres from the nearest hospital and had an infant mortality rate of 147 per 1,000. During their work in Gandhigram, Madurai, they understood that many patients from distant regions came for treatment of easily preventable illnesses such as diarrhoea. “We realised that health care went beyond medical care in a hospital. Both of us wanted to work in a place that needed us. If there were 11 gynaecologists working in a place, I had no desire to be the12th one there.Regi got a fellowship to visit NGOs and organisations working at the grassroots in remote areas in India. It gave us the opportunity to know what India is; we had no idea how 70% of India lived,” says Lalitha.

At the end of Regi’s trip, they decided to work in tribal areas, which were invariably borders of states or encompassing borders of districts. “Usually such places were geographically isolated and there were hardly any facilities or Government presence,” adds Lalitha. 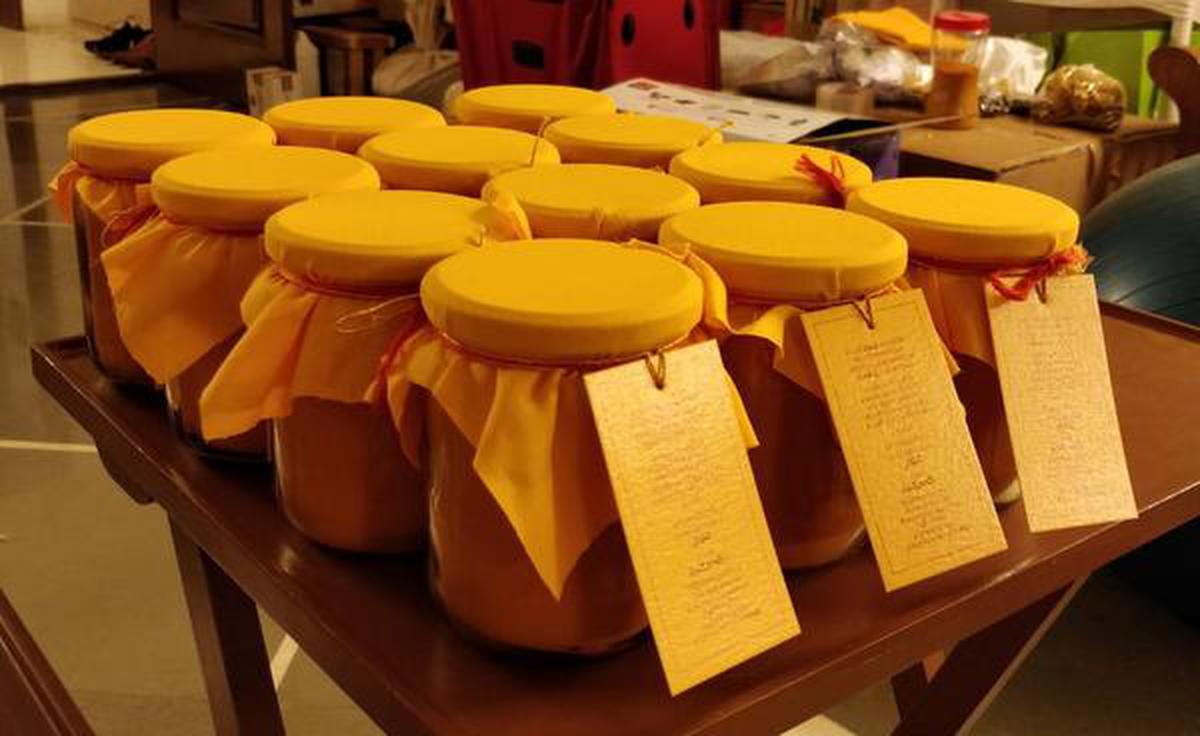 Jars of organically grown Sittilingi turmeric powder were given away as gifts for guests who attended Ajay Narne’s daughter’s wedding in Hyderabad.
| Photo Credit:
special arrangement

Since they knew Tamil, they decided to choose a place in Tamil Nadu. The couple moved to the Sittilingi valley with their infant son. A hospital in a hut was the beginning of Tribal Health Initiative (THI), which has now made deep inroads in the lives of the people. Over the years, the hospital has been built, brick by brick, by the tribal people.

Work on many fronts

Lalitha makes light of the challenges she might have had to face. “There were 10,000 people living here. We were two more people. That is all,” she says.

The THI was also a means to empower the tribal community to take care of their health and that eventually empowered them financially, socially and politically. Beginning with training tribal women in health care to forming societies to promote organic farming and tribal art, the doctors have led from the front. “The Malayali tribals of Sittilingi Valley were subsistence farmers who grew their own food. But they also needed cash for school fees, weddings etc. Ten years ago, we encouraged them to turn to organic farming and turmeric was identified as a cash crop. In addition, our thrust was on nutritional security that included food like millets in their diet. As a result, during the lockdown, no one in Sittilingi went hungry,” says Regi.

The Sittilingi Organic Farmers Association (SOFA), formed in 2008, trains farmers in organic farming and helps in marketing the crops. At present, in a community of about 15,000, around 4,000 are farmers, of that 500 are into organic farming. 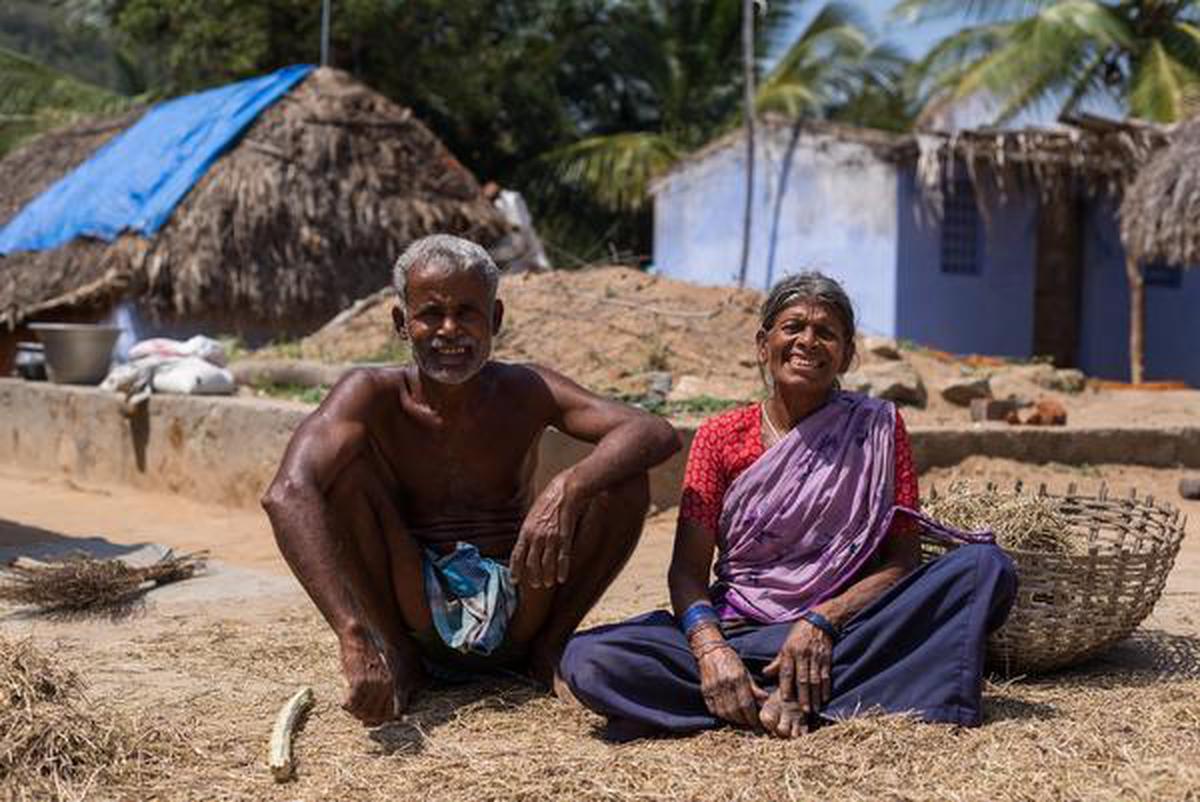 Organically grown turmeric in Sittilingi being sun dried by farmers

To help market the turmeric, SOFA reached out to retailers, NGOs and others. Peermade Development Society (PDS), an NGO that was into export of spices, began buying about 30 tonnes of the turmeric for export to European countries. “Of the 40 tonnes produced by the farmers, we kept only 10 tonnes for retail. In the Salem market, turmeric finger usually sells for about ₹760-800 for 100 kg; our farmers got ₹1,200.”

Turmeric, a 10-month crop, is harvested in January-February. In 2020, they grew 70 to 80 tonnes of turmeric and the pandemic struck. As shipping lines closed during the pandemic, PDS did not buy the turmeric. “Tonnes of turmeric remained unsold. We knew that distress sales would begin and something had to be done quickly.”

On the advice of a friend to begin a social media campaign, they began writing about the turmeric on Facebook. The Rotary Club of Indiranagar pitched in with a strong campaign. Organic Sittilingi turmeric was sold for ₹200/kg. Residents in Chennai, Bengaluru and Hyderabad bought approximately 15 tonnes of turmeric. By then shipping lines had opened and PDS took in 25 tonnes. 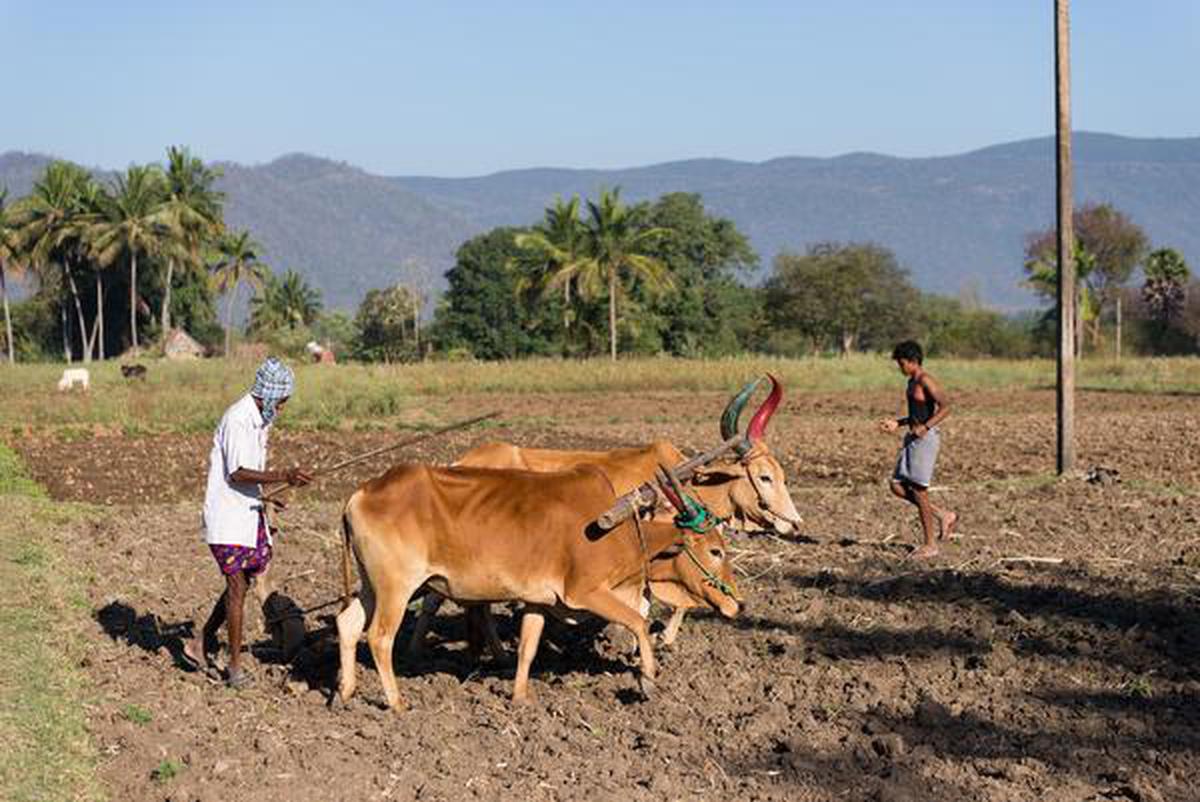 Farming activities under the aegis of the Tribal Health Initiative in Sittilingi
| Photo Credit: Inanc Tekguc

“Now we have around 15 tonnes. That is when Ajay Narne and Dr. Dhanasekhran bought about 200 to 300 kg turmeric powder from us, repackaged it smartly and gave it as gifts. In the process, they were helping tribal farmers in Sittilingi as well. When you give a gift, why not choose something that will help farmers as well?” suggests Regi.

Looking back at their journey in the valley, Regi and Lalitha point out that their work among the tribal community has earned them their trust. “So, when we talk to them, they listen. In every house, there is someone we have treated and all the children in the village were born at the hospital,” says Regi with justifiable pride.

With eight doctors, the THI has become a secondary care hospital. Of the many babies born at THI, three have become doctors themselves. “Our work has been fulfilling. It was all team work with the community. When people do it together and gain strength from being together, there is a nice feeling about it,” believes Lalitha.

She asserts that health in its broader definition includes physical, mental and social well-being. “Farming, watershed development, artisans… I feel it is all health work. If the health of the community in its wider meaning has to be achieved, you have to work on all these fronts,” she adds. Encapsulating their work in a sentence they say: “We are living a dream.”