Following the honey adulteration controversy, demand is high for exclusive, unpasteurised honey varieties sourced from forests across the country

In January, the lower slopes of hill ranges and farmlands in Erode and surrounding areas stretching up to Kodaikanal are awash with the white blossoms of the mudakathan. The medicinal creeper, known as the balloon vine, is popularly used to treat joint pains. The sweet smelling flowers are also an excellent source of honey. P Stephen, the co-founder of Ghats Honey, an Erode-based brand that sells wild, unpasteurised honey, says their mudakkathan honey is much sought-after. 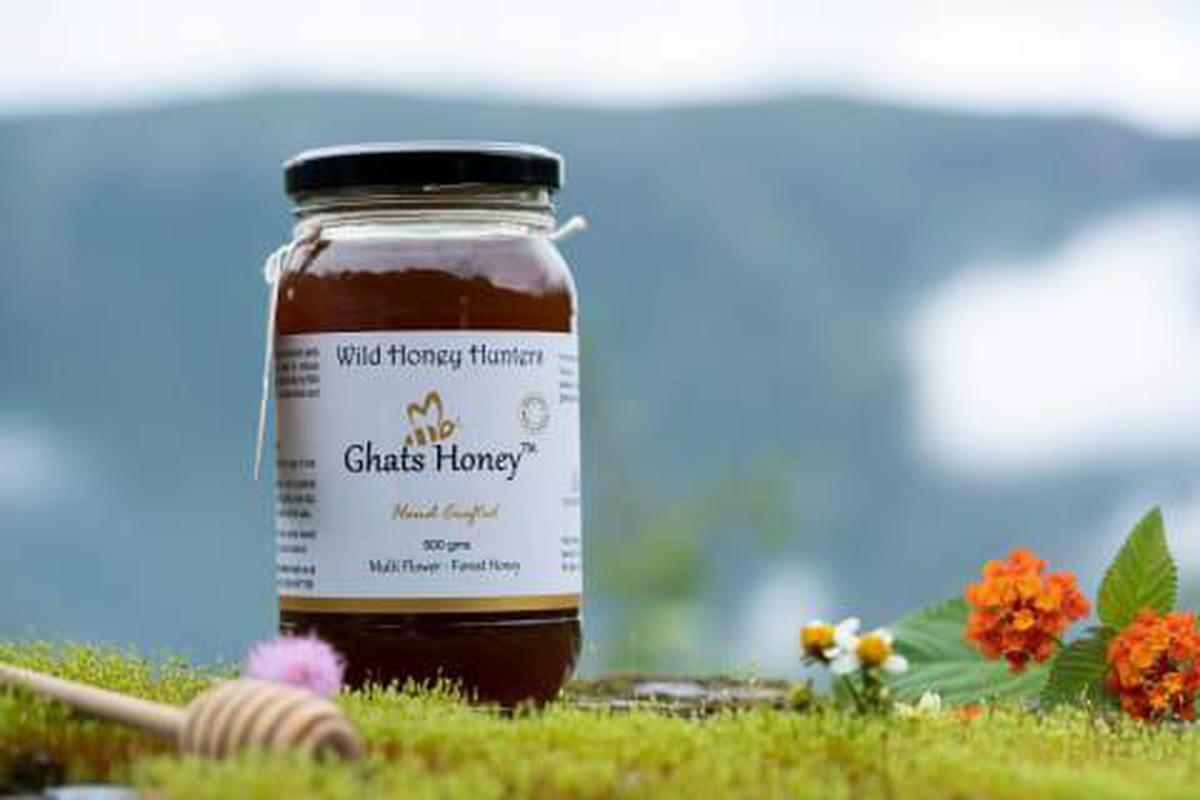 Ever since the pandemic, honey has been flying off the shelves, thanks to its much-touted, immunity boosting properties. However, with a recent controversy surrounding its adulteration, honey users have begun to swap commercially available honey for niche varieties, sourced from traditional honey collectors.

Demand is on the rise for raw, unpasteurised and wild honey, which has a bouquet of flavours and is responsibly sourced.

Where does your honey grow? Once every seven years, the lower altitudes of the Eastern Ghats are covered in the karungurinji, a cousin of the celebrated neelakurinji that blooms once every 12 years. “We have honey from both kurinjis. The one from karingurinji is known for its unique smell and colour, it almost appears green when fresh,” says Stephen. From moringa to neem, acacia, coffee, vengai (Indian Kino) to multi-floral, each honey is specialised. Ghats Honey has outlets in Erode and Chennai and sells online too.

When Jessica Jayne, founder of beauty and wellness brand Pahadi Local, was driving through the hills of Himachal Pradesh, she came across a stack of boxes at a turning point of a mountain near Shimla. The boxes contained honey in little bottles. “A friend showed me the home of an elderly sheep herder who had an apiary built into the wall of his house, because most people up there in the mountains do this for their own consumption.”

After learning from the locals about their honey-sourcing techniques, Jessica added ethically-sourced and single-source origin honeys to the brand’s repertoire. Part of the idea is to educate people on what honey truly is. “One of our honeys is from an apiary in a shisham forest; we continuously tell our customers this so that they understand the nuances of the apiary sources,” says Jessica. Pahadi Local currently sells acacia, Indian borage, rosewood, and multi-floral honey in limited quantities so as to educate consumers that these resources are not always available through the year. 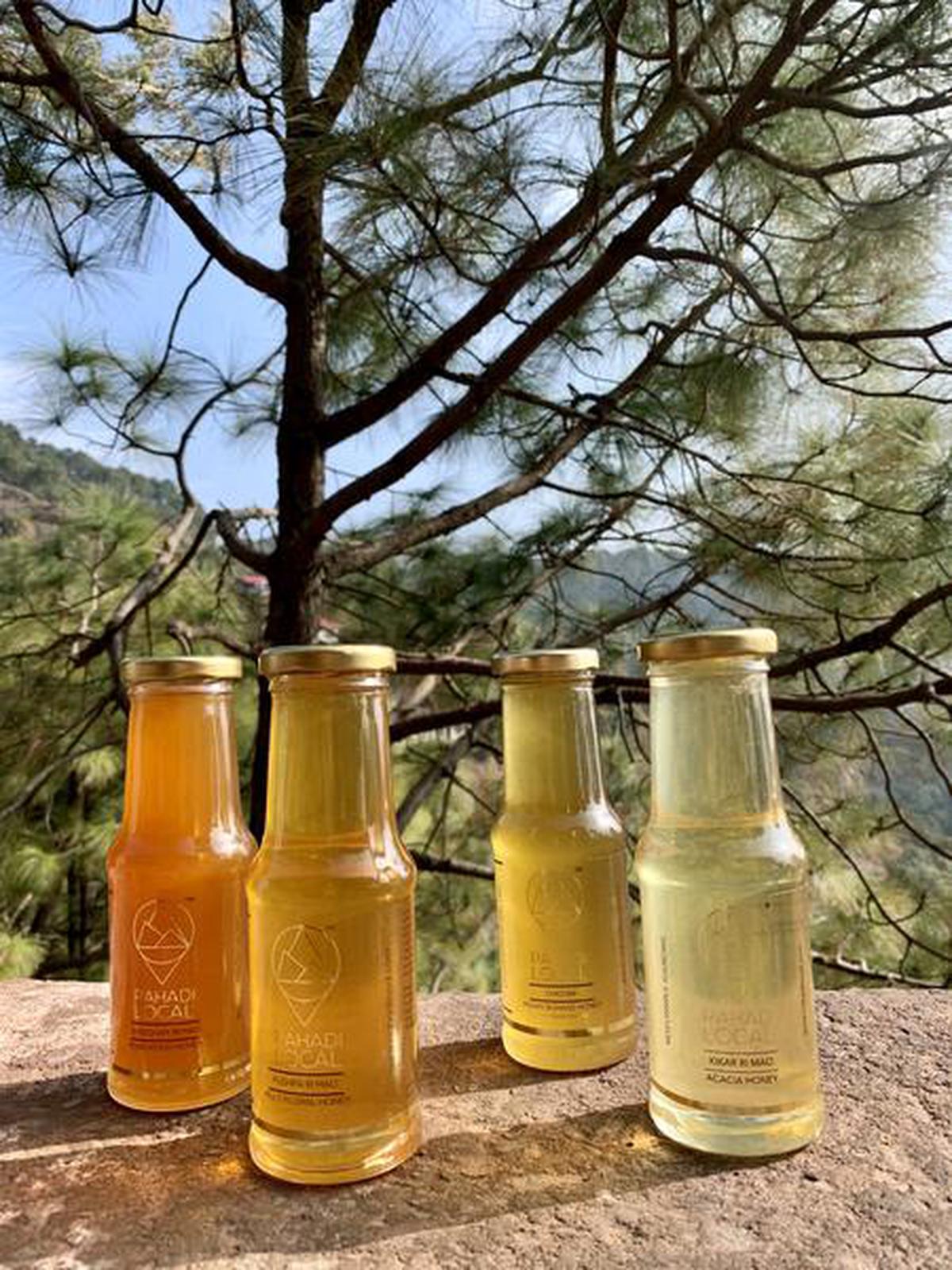 She adds, “The smaller the business, the more direct engagement the company has with the source itself – the farmer or beekeeper. This will have more impact on the product. Big companies may not have this. I also keep telling people to read the back of the bottles’ labels because there’s so much marketing jargon; ultimately, though the ingredients are organic, does not mean the product is organic.”

“Honey is an extremely complex substance with naturally occurring variations,” says Priyashri Mani, co-founder of Hoopoe on a Hill, an organisation that sources and sells wild honey from the forests of Kodaikanal.

Honey varies greatly depending on the bee type, the flowers they feed on, where it is collected, the habitat it is created in, among other factors. Hoopoe’s honey is harvested by the Paliyans, an adivasi community that lives in and around the Palani Hills in Tamil Nadu. “We only deal with raw honey that is filtered to separate bits of comb and larva and then bottled,” says Priyashri. Hoopoe sells jamun, kurinji, eucalyptus and multi-floral honey.

Honey on the rocks

Pasteurisation involves heating, which removes the microbes present in honey. While it improves shelf life, the process also removes its medicinal value. “Heating honey above 55 degree Celsius can cause caramelisation, which produces hydroxy methyl furfural, a carcinogen,” says Sridhar Lakshmanan, social entrepreneur and founder of EcoLogin, an organisation in Chennai that promotes rural and tribal products. He points out that the tribals stick to their indigenous knowledge, only consuming honey in its raw form.

EcoLogin offers wild honey, under the brand name Thaen, collected from various parts of India. It is sold raw, after a single filtration. “We, after dealing with raw honey for over ten years, are still learning something new every day,” says Sridhar. His organisation has developed a non-contact, non-thermal, non-additive process of drying honey.

Sridhar laments the lack of research on our own unique honeys, adding, “The siru thaen or stingless bee honey for instance, has a natural fruity flavour, and the bee itself separates the larvae, pollen and honey.This honey is clear. The tribals give this honey to their infants.” 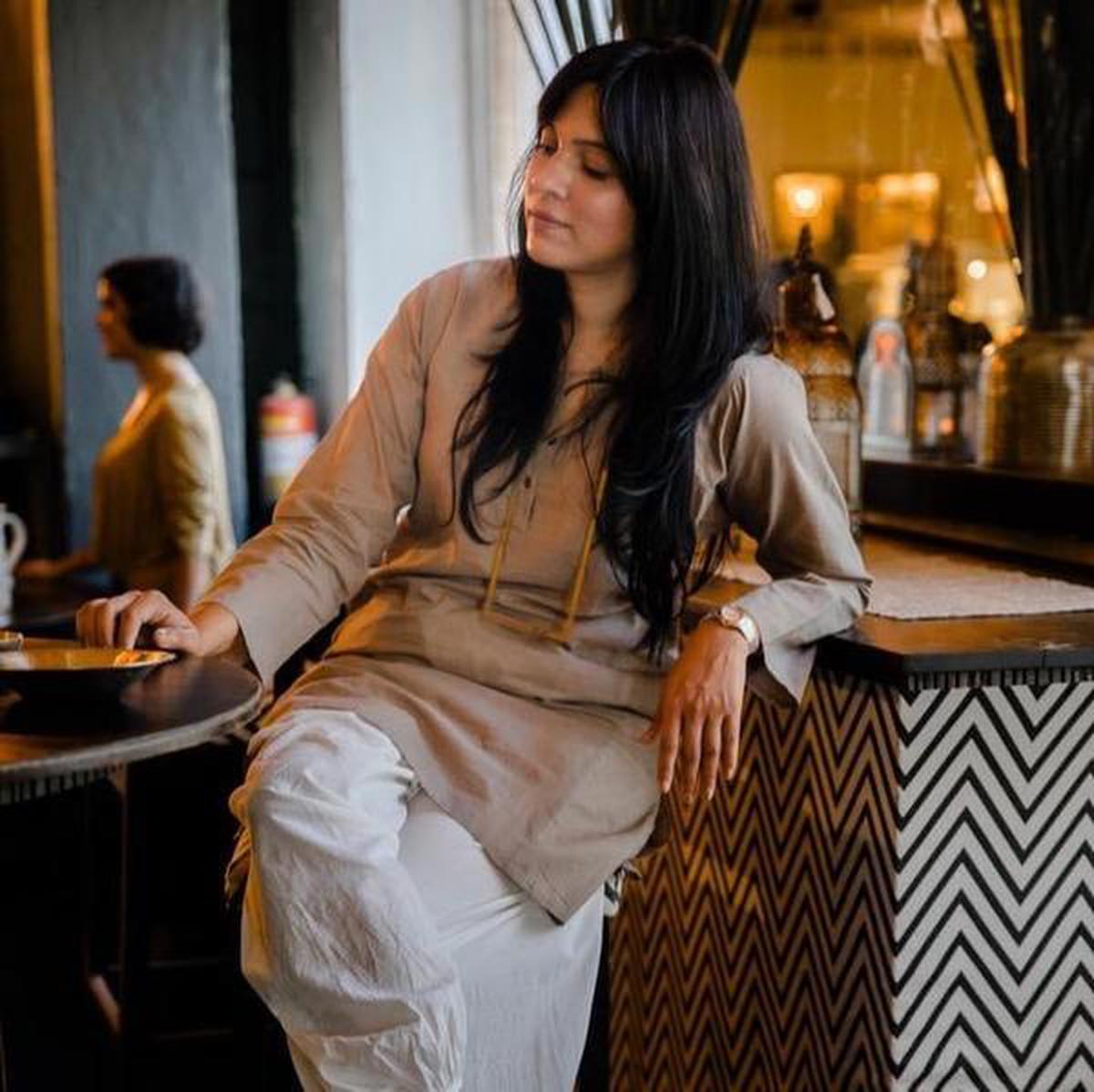 Brands such as Pahadi Local, Dyu and Hitkari go through stringent tests for antibiotics, ash, sucrose, moisture content, and specific gravities. Honey is also put through a Fiehe’s test to detect the adulteration with invert sugar(acid hydrolysed sugar). Jessica elaborates, “It’s not just picking it up from a tree and giving it to you in hand! If you have an issue with a batch of honey and you come directly to us, we will share the lab test with you. We do this with our retailers.” She also points out that a lot of costs go into these tests and these justify a higher price point in the honey itself.

“For now, the only way to ensure your honey is pure is to know your buyer,” concludes Sridhar.