Ever heard of kimchi parathas? Or oat and chickpea cheelas? These are just two of the unusual recipes in London-based restaurateur Ravinder Bhogal’s latest cookbook Jikoni: Proudly Inauthentic Recipes from an Immigrant Kitchen (Bloomsbury).

The tagline begs the question: what does she think about authenticity when it comes to food? “Very restrictive,” is her answer over email. “Authenticity is very subjective and, for me, it is only important that one is authentic to oneself. We are all products of differing landscapes and experiences, so it is natural that that is reflected in the food you cook. My grandmother’s dal is always going to be different from your grandmother’s because of their unique life experiences. So to ask which is more authentic seems ludicrous.”

In the initial days of her move to England from Kenya as a child, she says “I longed for the familiar and the foods that signified the familiar to me.” Food that immigrants create, she says, comes out of reconciliation of the ache for what they have left behind and the wonder of their new landscape. “It comes out of resourcefulness, the ability to adapt and often economic circumstances. Immigrants preserve their … culinary heritage and overlay it with the customs and ingredients of their new nation to create … unique cuisines.”

Apart from family, she credits being an immigrant as a major influence in her work as a chef. “Trying to find a space to fit into, trying to assimilate into other people’s versions of what it meant to be British was always challenging because I am Indian and East African too. So in a way, opening my restaurant and cooking in the mixed heritage way I do was perhaps a subconscious effort to create a space into which I felt like I belonged.”

What’s in a name? 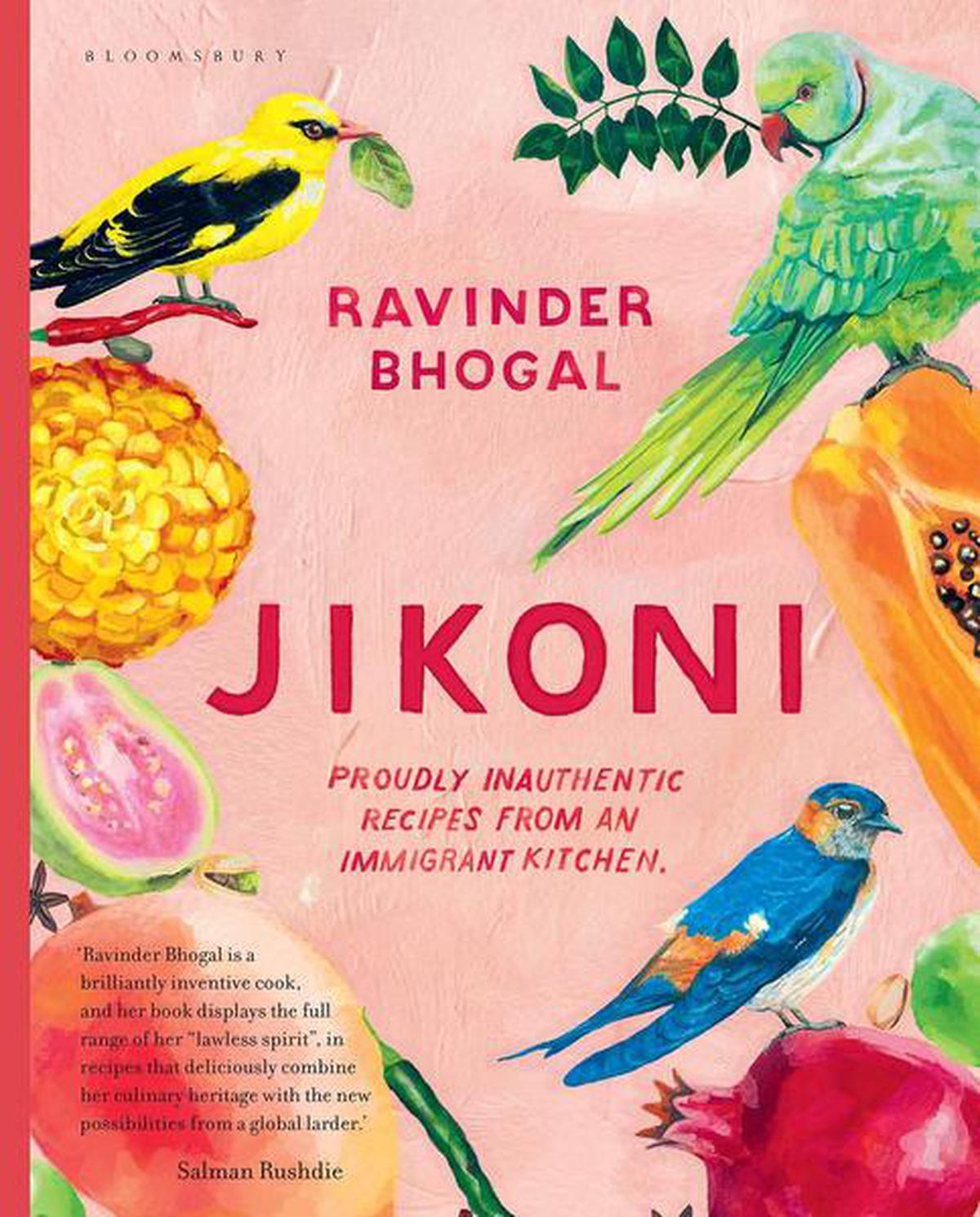 Her best food memory is “probably eating ice cream at a 1950s ice cream parlour called Sno Cream in Nairobi with my grandfather. It was the feeling of being adored and indulged; the sharing of something naughty but nice with him.” She fondly recalls the seats that “you could spin around on till you were dizzy or until an adult yelled at you to sit still.” The worst was searching for biscuits baked by her mother. “She stored them in large steel canisters that were almost as tall as me. They were airtight so you’d have to really pull at the lids.” Opening the wrong one, Ravinder spilt cooking oil over her new frock. “I knew I was going to be in real trouble so I hid for what seemed like hours!”

A salute to women

The book features more than just recipes. Anecdotes from growing up in Kenya and England pepper the narrative, emphasising how food connects people and informs one’s identity. Ravinder acknowledges that the book is part memoir. “It tells the story of what it is like to settle into a new place as an immigrant,” she muses, adding, “It also pays tribute to the many women who taught me to cook and moved me. I feel strongly that these women, who had so much impact on how we cook, eat and live, should not be invisible as they often were in their lifetime.”

For her book, she chose recipes that were either the most delicious or had a story. Like prawn toast Scotch eggs with banana ketchup. “It takes two perennial favourites — a British Scotch egg and Chinese prawn toast — and brings them together to create something better than the sum of their parts. I think it also makes a political statement about how we cook without borders. Politicians put up borders and cooks have the ability to take them down.”