Now, we burst out of home between lockdowns, measuring time in peaks and waves.

After many months of solitude, it is comforting to sit in a restaurant again, revelling in the familiar ebb and flow of conversation around us, even if it is muffled by masks and visors.

The hospitality industry, brought to its knees by the pandemic, is fighting back with energy and grit. Over the few months, every week has seen a new café, bar or diner launch.

In response to the darkness of the pandemic, spaces are now bright and optimistic, filled with flowers, music and sunshine. Menus are comforting, but creative, starring local ingredients. And, most importantly, to reassure nervous customers who now prefer to eat outdoors embracing the city’s sultry warmth, restaurateurs are carving out joyful, greenery-draped oases.

Enter this secret garden by ducking past a gnarly tree trunk. Past a palm-fringed pathway, into the clearing dominated by a gleaming glass house. At the entrance, Shilpa Reddy beams, explaining her vision for her new restaurant, painstakingly converted from an old warehouse. “We wanted to bring the outside inside,” she says, pointing at the roof, a patchwork of Mangalore tiles and glass spilling shards of sunshine. For those who prefer the outside, outside: there are appropriately distanced tables set under the trees.

With an emphasis on sustainability, everything from the building material to ingredients has been locally sourced. “We worked with the original warehouse structure, to avoid being wasteful. Our furniture is sourced from small vendors in and around Chennai. And while the food is from around the globe, featuring a collection of my favourite dishes, we use local produce,” says Shilpa.

Meals are thoughtfully plated, inspired by classics from all over the world, but with a healthy twist. The Caesar salad, for example, features kale. The hearty vegetarian Shepherd’s pie is a medley of vegetables, including zucchini and peppers, topped with a cauliflower mash. The fish is steamed with soy and ginger. And there is even a broccoli steak, char grilled then served with a rich parmesan sauce.

For the less virtuous amongst us, there are Japan-inspired sardos: creamy egg sandwiches enveloped in mayonnaise and soft, white bread. And indulgent mushroom galouti sliders. End with a strong, vibrant macchiato and caramel cake, topped with wobbly puffs of sweet popcorn.

One year ago, Praveen Rajagopalan was posting pictures of home-made gelato on Instagram, curious about whether anyone would want to try a scoop. Today, he stands behind a counter vivid with 32 flavours in a newly opened 7,000-square-foot café.

“This is just a small selection of the 400 flavours we have in total,” he grins, pointing out the trays that made Les Amis so popular: from seasonal sorbets, juicy with ripe fruit, to buttery ‘keto’ gelatos for carb cutters. 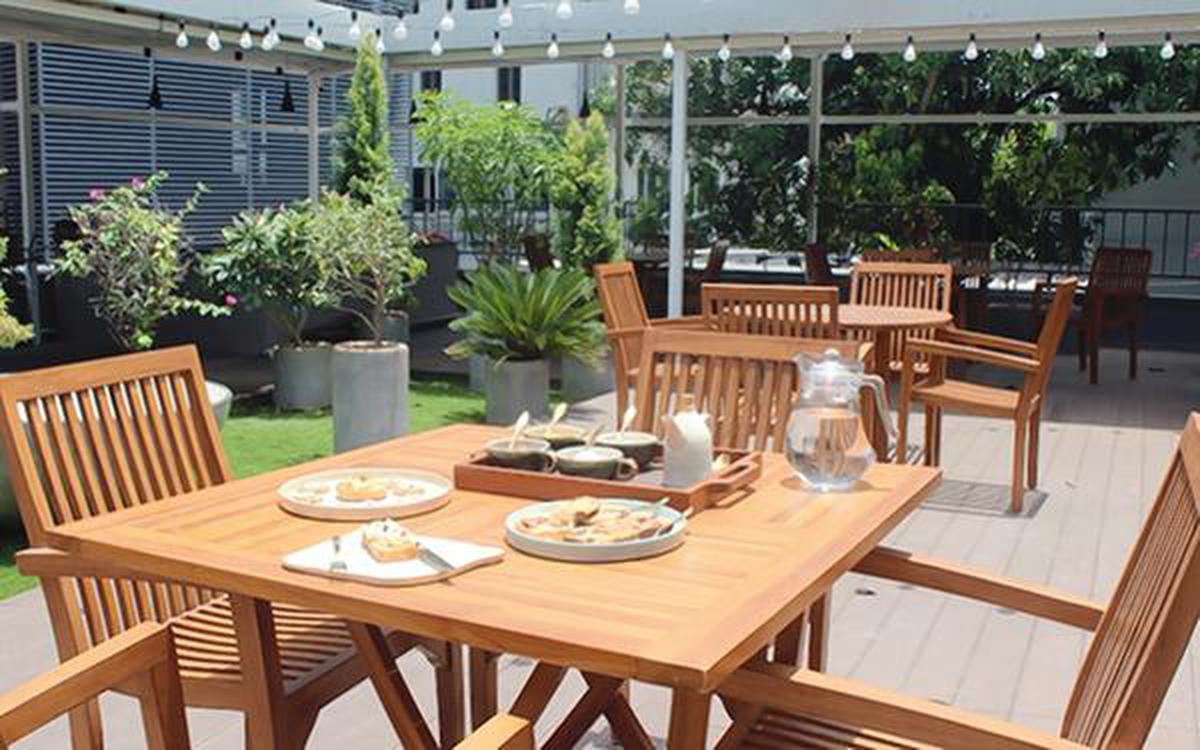 The recently launched café, which Praveen runs with Abhinav Dega, is the culmination of a very successful year on Instagram, “We started by selling maybe two jars a week, to 700 a day,” says Praveen between attending to customers: balancing scoops of toasted coconut gelato on waffle cones, handing out mango popsicles and giving a generous number of samples to the undecided.

As he bounds up the stairs to show off his rooftop dining lounge, punctuated with palms and fairy lights, Praveen explains how he learnt to make gelato at Rimini in Italy as a hobby, then began selling it via Instagram when the first lockdown began in March 2020. “We were operating from a 300 square foot space in Anna Nagar,” he says, explaining how they needed to keep increasing the output, resulting in this launch. 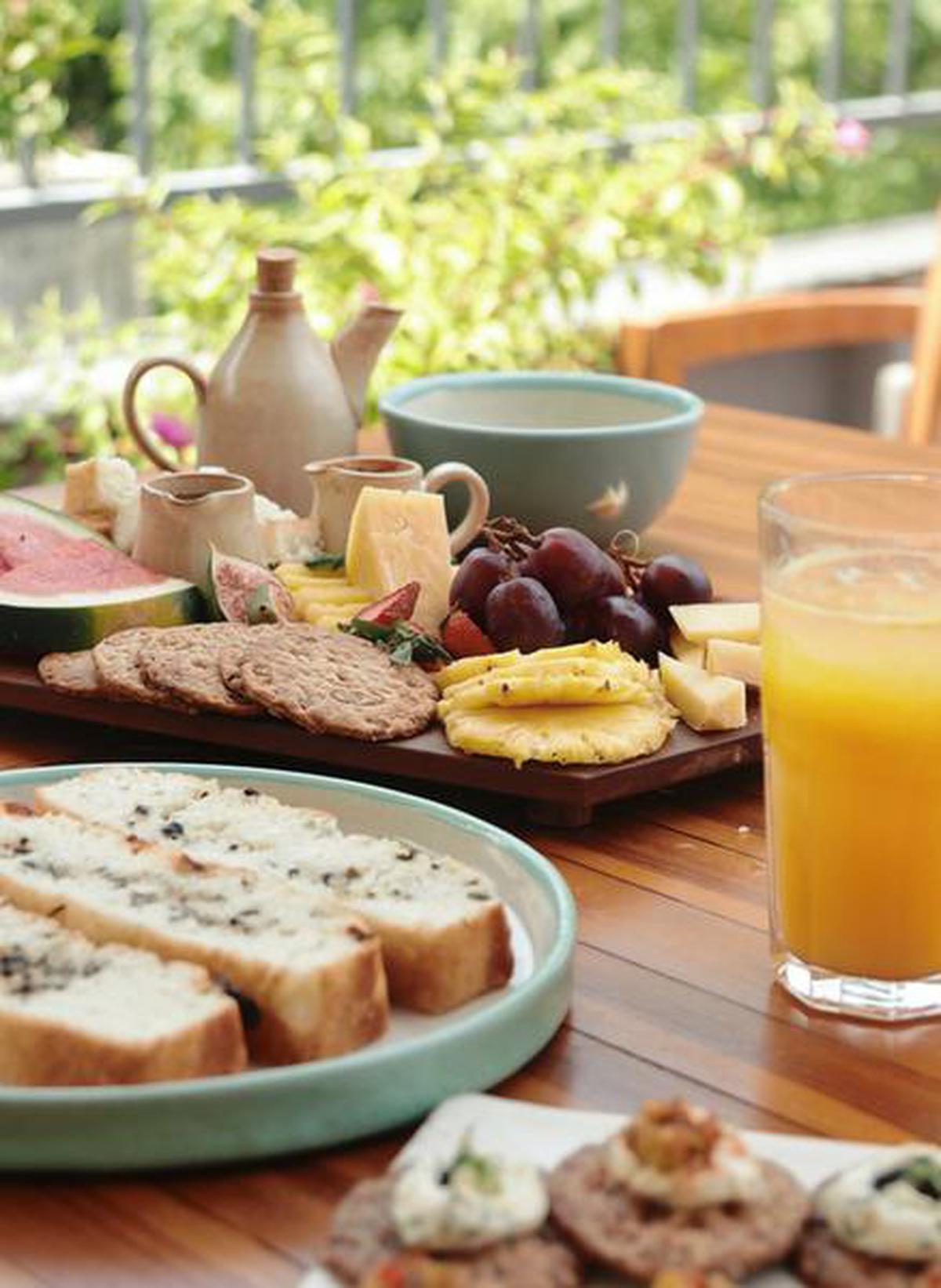 The new Les Amis, which is now their flagship store, is also a café, offering everything from freshly baked bread to an artistically composed tasting platter loaded with local cheese, freshly made dips, nuts, fruit and cured meats. It is followed by fragrant bowls of pasta, topped with intensely flavoured curls of sundried tomatoes and parmesan. Flavours are simple and pleasing, focussing on quality ingredients.

End with gelato, of course. Or mango creamsicles, to recapture the romance of summer vacations: consolation for a year when all you did was watch influencers flounce around the Maldives while urging you to #StayHomeStaySafe on Instagram.

“For me this has been a saviour,” says Arun Vasu, looking out at the sparkling sea, rippling with surfers. “I have not been to the office for a year. I work from here.” 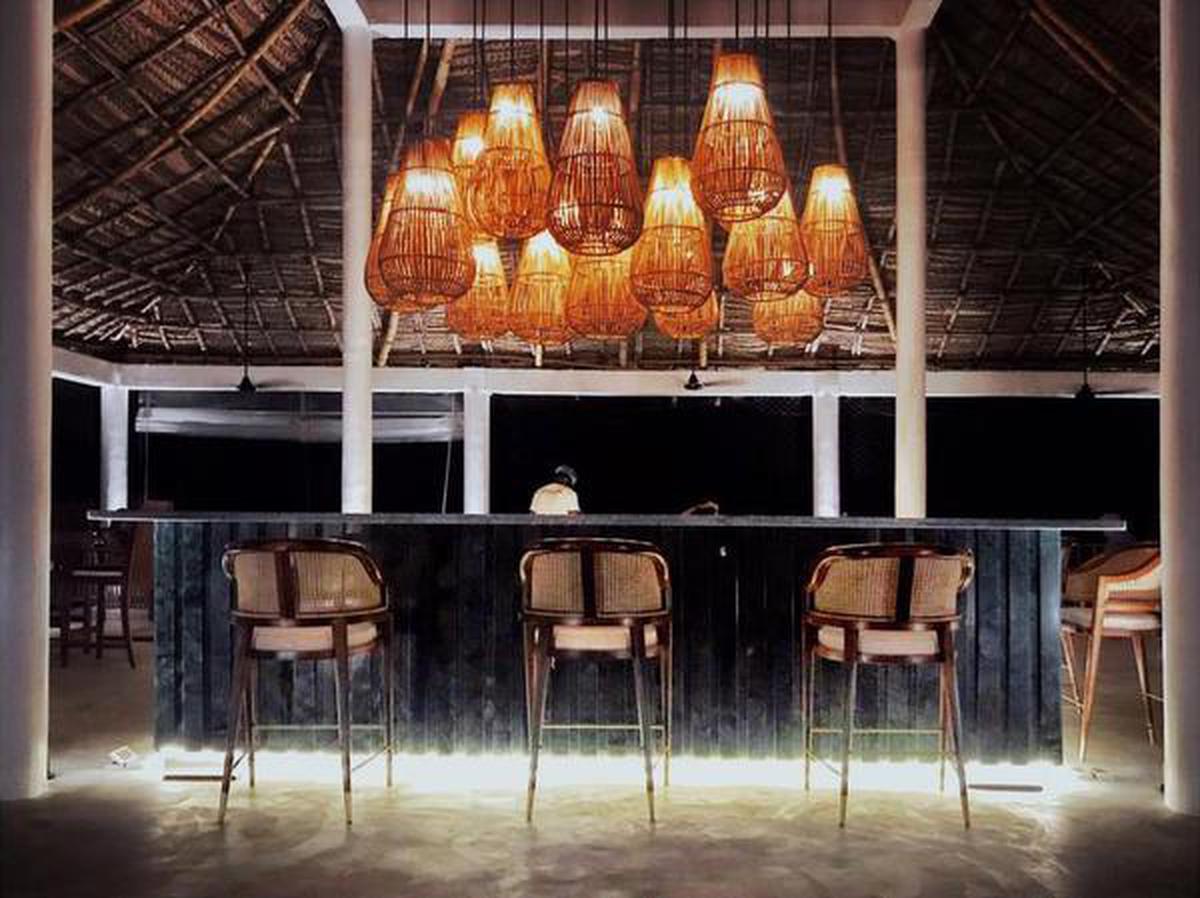 He is not the only one. His beach café/surf school Covelong Point, which triggered a surfing movement all along the coast, has evolved into a stylish landmark over the years, and is now busy with customers balancing fruit lassis and laptops. “We have a good WiFi connection, so people just sit here all day… staring out at the sea,” he smiles.

As more people began to drive to Surf Turf for the weekend, and then even during the week, desperate for a break from city apartments and the concrete jungle, Arun decided it was time to redesign the space, expand the café and update the menu. “The flip side of the pandemic is that this has been our busiest year: people want open space, and are looking for activity outside,” he says, adding that ‘Surf Turf 2.0’ is now more of a restaurant, with a wider selection of food, coffee, tea and fresh juices. 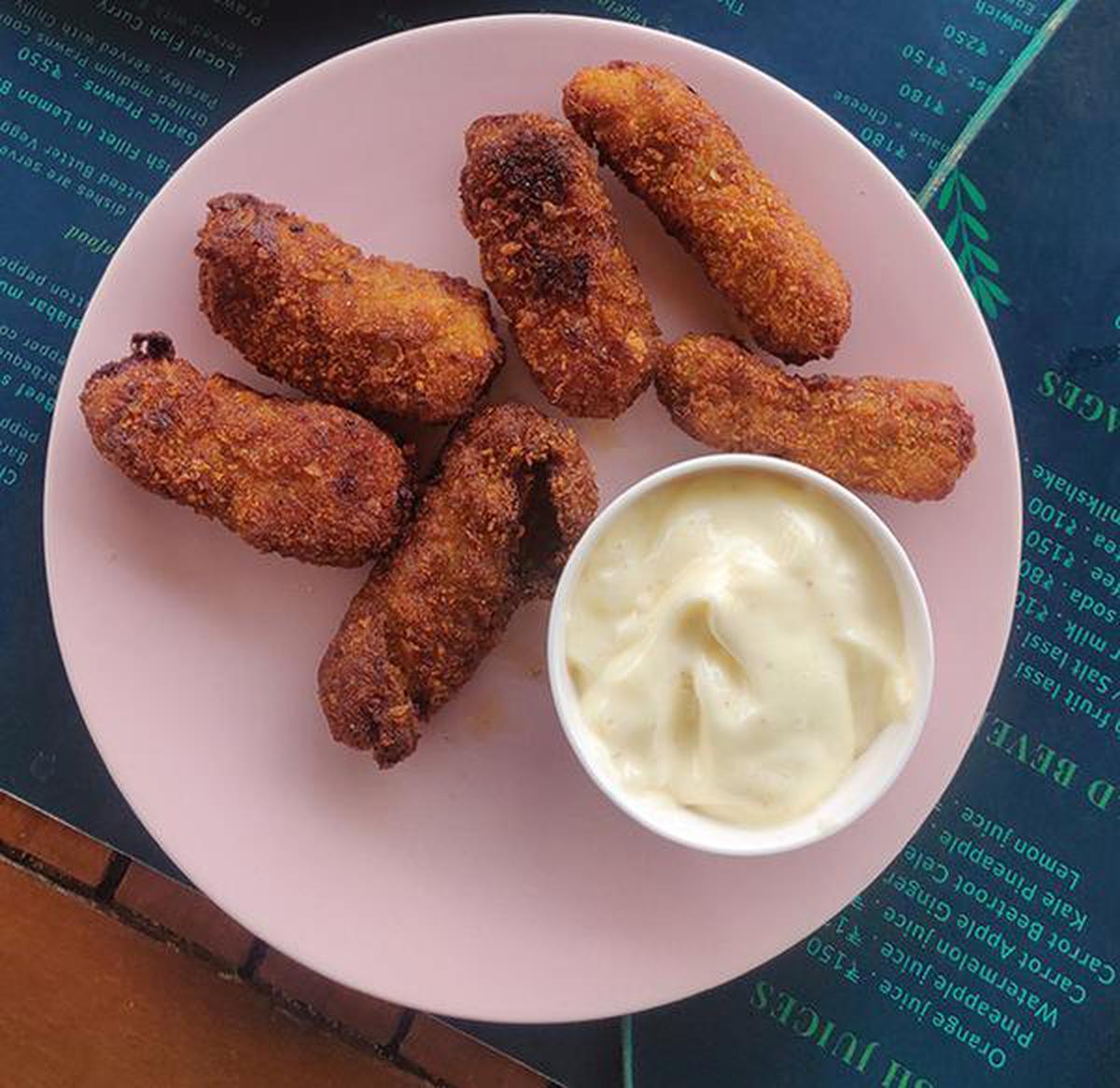 The highlight however, continues to be freshly caught sea food. Order their classics: chubby fish fingers and fish fillets draped in an indulgent lemon butter sauce.

We may not be able to travel yet. But at least, we will always have Covelong.