A team of researcher-entrepreneurs has come up with the ‘world’s first’ whole leaf tea dip without a bag.

Tea in Assam took more than a century to shed its ‘orthodoxy’ and take a granular form. A team of researcher-entrepreneurs has now made it take the true shape of the leaf in a teacup.

Their experiments for almost two years have yielded Truedips, a patent-pending technology that helps freshly-plucked leaves be compressed and tied in a bunch for unfurling to their actual form in boiling water. 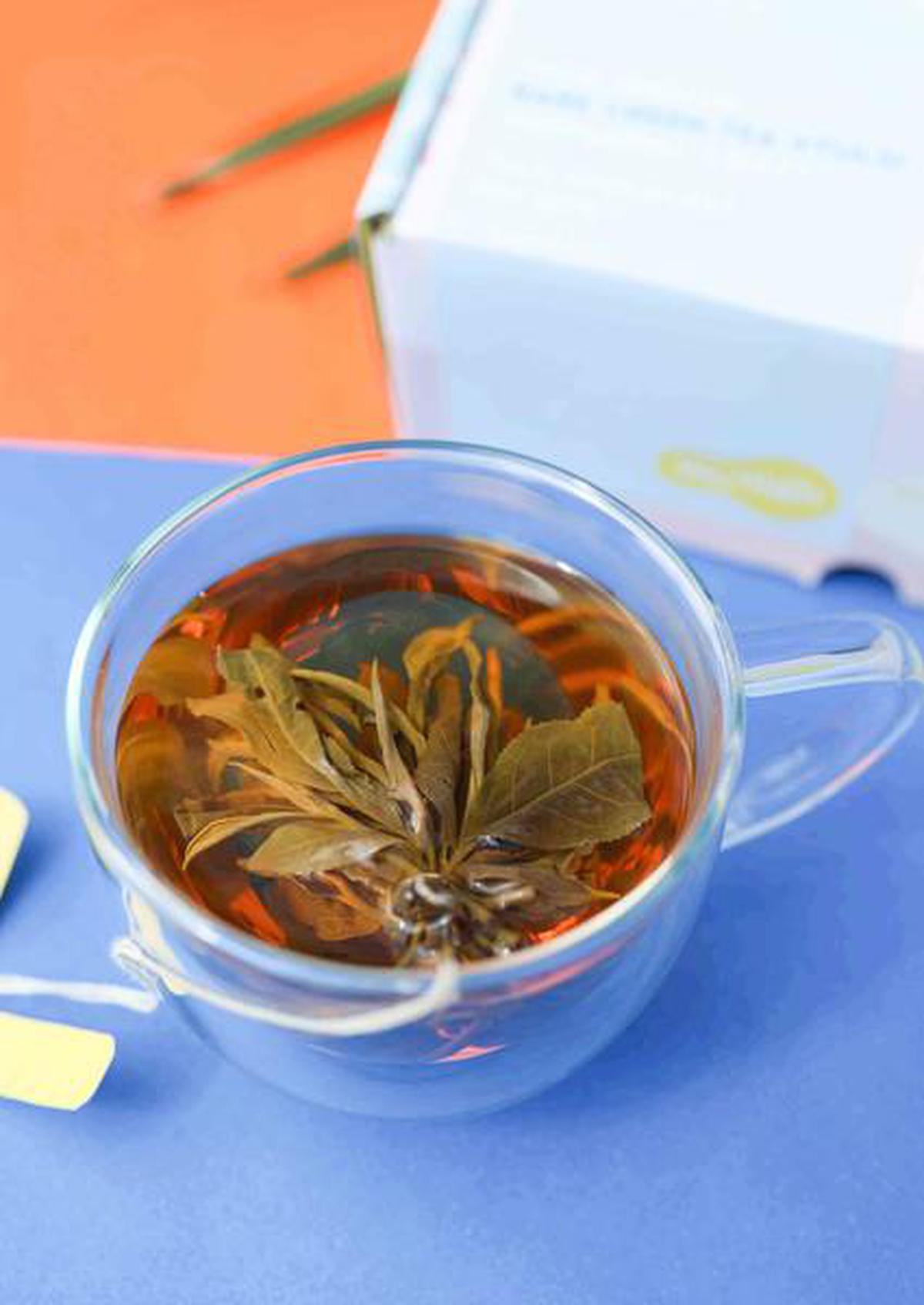 In August, they applied for a patent for their technology that had taken off from where another experiment to take the bitterness out of Indian green tea had ended. They launched the product a few days ago through Woolah Tea, TTLT’s post-pandemic retail wing.

Woolah is the anglicised version of ‘ulah’, an Assamese word meaning happiness.

“The specialty tea market has premium and luxury brands. We wanted to build a happy, fun, quirky and contemporary brand in the world of organic teas, and the first step was to ditch the conventional tea bags, most of which release harmful micro-plastic particles when dipped,” Mr. Borkakoty told The Hindu.

Brewing a sachet of handcrafted whole leaves is simple, he said. “One just needs to pour boiling water over the leaves in a cup and let them take their true shape after 4-5 minutes of dipping. The same bunch can be used for a few cups more by adding boiling water,” he said.

The TTLT team had worked on an ancient Chinese technique of producing compressed tea cakes. But it invariably did not leave the leaves intact like Assam’s orthodox tea — leaves rolled into irregular, elongated shape.

“The idea was to let consumers see what they sip, the finest quality of two leaves and a bud (unopened leaf at the tip of a branch) in their pristine state, without being encased in potentially harmful tea bags,” Mr. Borkakoty said. With experimental stations across Assam, Darjeeling and Arunachal Pradesh, TTLT sources its teas from a network of small tea farms that it helped with the benchmarking of production quality.

According to Mr. Bharali, the focus of organising such tea growers was on revamping the image of Assam tea that “seemed to have lost its glory over time”.

Prior to the whole leaf technique, TTLT had applied for a patent for a one-second tea that needs a steep investment.

“We hope to generate the resources from the whole leaf tea to be able to invest in the brew-in-a-jiffy,” Mr. Borkakoty said.