Malaika Arora starts her day with a blended concoction of amla, ginger and an inch of fresh turmeric root. She is not alone.

In a country that has great faith in kitchen remedies, COVID-19 has prompted people from across States to return to old-fashioned ‘immunity-boosters’. In the process, raw turmeric has become a prized ingredient. And it is used for far more than just haldi-doodh (rechristened turmeric latte in 2016 and sold at upscale cafes across the world ever since).

Commonly available in winter, fresh turmeric rhizomes have a pungent fragrance as well as taste. They are crunchy like ginger and leave a mild bitter after taste when consumed raw. Such is the demand this year that vegetable vendors are seeing a steady demand for the fresh root, which, till date, has been intermittently used for face packs or pickles at home.

Iftekhar Ali, 60, a vegetable vendor in Sainikpuri, Telangana, says the demand is high but since it is off-season procuring turmeric is difficult now. “This is haldi sowing time. Fresh haldi is harvested in January. All the off-season raw haldi that is coming into the market at the moment is from Ooty, and not the best quality. Buyers, however, are buying it because they are desperate to lay their hands on raw turmeric,” he says.

The water content in the fresh rhizomes is what makes it difficult to store for more than few weeks. This is why turmeric farmers boil the harvested rhizomes before powdering. “I never buy more than 4 kilograms of fresh haldi to sell,” says Ali, adding, “But, for the last few months, I have been buying over 10 kilograms and they fly off the shelves within an hour.”

Hyderabad-based Sridevi Jasti, a holistic nutritionist and chef, explains how a cup of warm milk with a teaspoon of turmeric is advised, not just to cure a cold or sore throat, but also for a good night’s sleep. 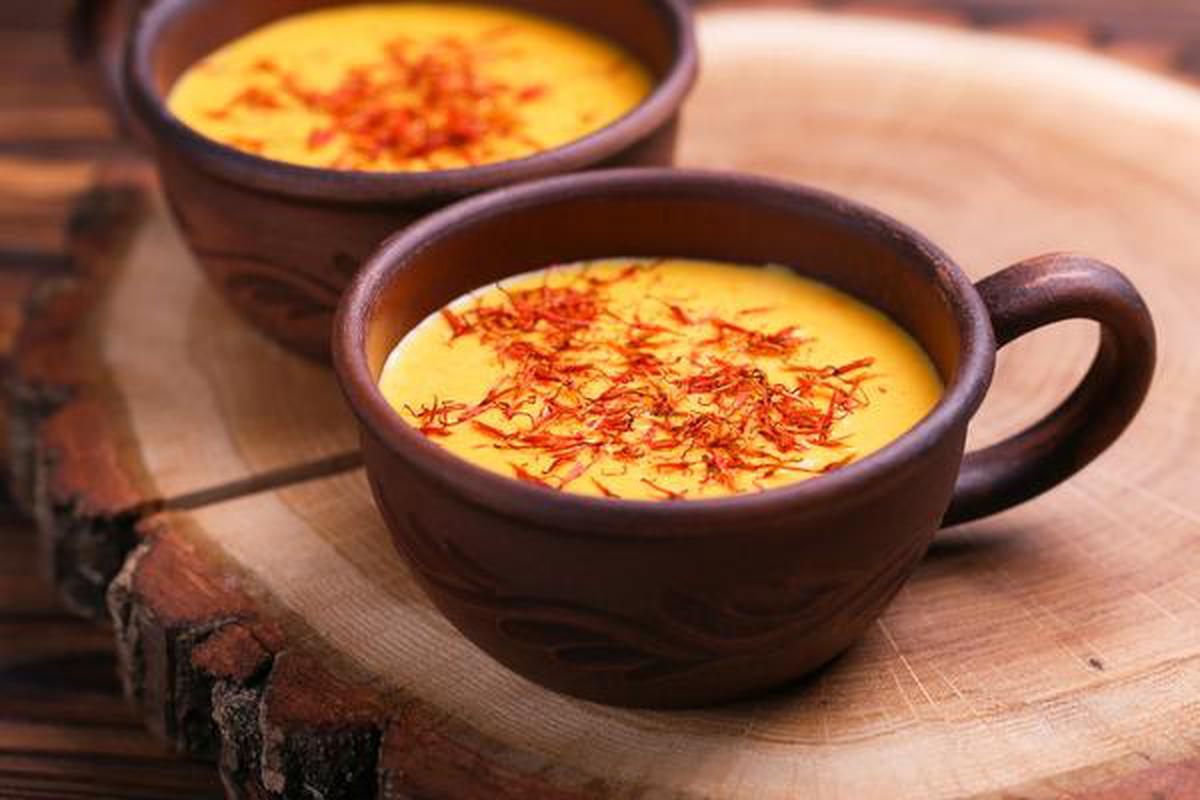 “Haldi is a wonder ingredient because of curcumin (a natural chemical compound with healing properties), which gives it the yellow colour,” she says. (India’s best turmeric reportedly comes from Lakadong in Meghalaya, where the curcumin ranges from 7-9%, the highest in the country.)

Sridevi says she loves using fresh haldi in her salads and herbal tea. “I brew a small piece of fresh turmeric with a balanced mix of spices — pepper, cumin, cinnamon and ginger.” She adds a word of caution: “When buying the root, select haldi without mould as fresh turmeric develops mould very quickly if not stored properly.” Store it for up to a week in your fridge. Salad staple

Praveen Anand, who is Executive Chef — South Indian cuisines at ITC hotels, says, “I love the fresh turmeric salad prepared at my mother-in-law’s home. Slices of fresh turmeric seasoned with salt, lemon and ginger is served as a side dish. It’s like a fresh pickle.”

Some regional Indian cuisines use fresh turmeric as a vegetable like the haldi ki sabji in Rajasthan, which is a common winter curry. The root is cooked with ghee to make it easily digestible. 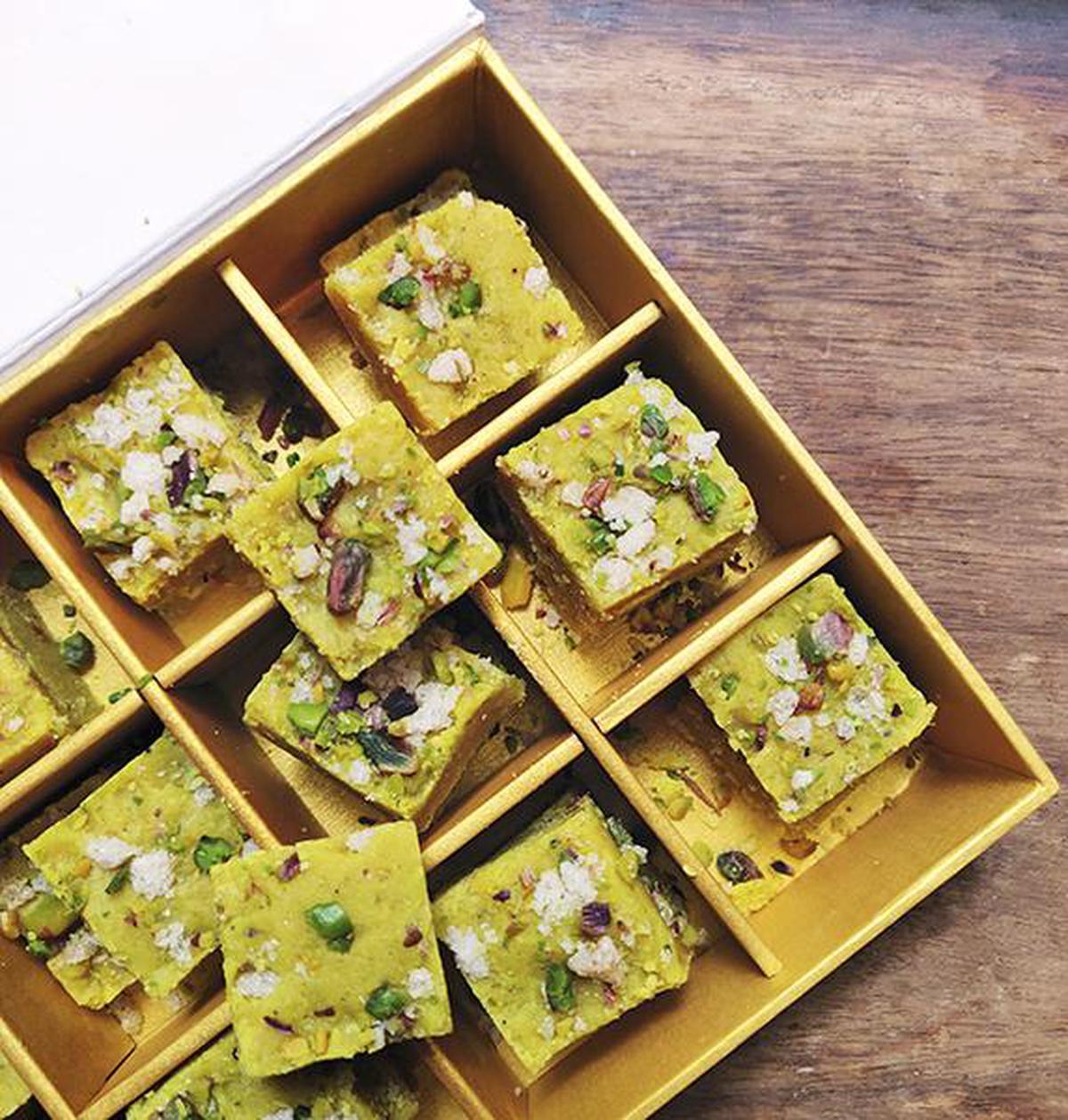 Dehradun-based Ayurvedic food, health and nutrition consultant, Sangeeta Khanna, has created an Indian barfi using raw turmeric with almond powder and cardamom. She says, “The barfi was developed as part of a wellness menu for Hotel Suryagarh in Jaisalmer, Rajasthan. Ever since, it has been a popular mithai on their breakfast menu. I am getting queries from followers on my blog on innovative ways to include raw haldi in their diet. I direct them to using it in a salad.”

Mention of fresh haldi also brings back childhood memories. Kolkata-based food consultant Sayantani Mahapatra recollects how they used fresh turmeric in winter. “Because of its anti-inflammatory and immunity-boosting properties, we were forced to chew a bit of this along with two or three peppers. As kids, we hated the fresh bulbs as it was a weekly routine for ma to scrub our bodies with a mixture of fresh malai (cream) and kacha holudh bata (fresh turmeric paste),” she says. Then adds, “It felt like torture then but now, as a mother, I am repeating the same with my kids.”

Not all turmeric is yellow. “In Raiganj, Bengal, blue turmeric is being cultivated by an organisation called Forum for Indigenous Agricultural Movement. They are working with local farmers in cultivating and preserving varieties of indigenous grains, herbs, and vegetables. This blue turmeric loses its distinct colour once processed; after it is dried, it turns black. While fresh blue turmeric is used in dyeing fabrics, black haldi is well-known medicine among traditional healers,” says food consultant Sayantani Mahapatra

Traditionally in Bengal, Sayantani adds, “it is used to treat indigestion, relax sore muscles and heal wounds or insect bites as it is reportedly high in antioxidants. Blue turmeric when boiled and powdered becomes black, and is easily available online… but the fresh version is a challenge to find.”