Take a bite out of your teacup at this Madurai kiosk

It is a small tea kiosk, that could be easily lost among the clutter of shops on Madurai’s busy West Masi Street. But in the last five years, it carved a niche for itself, not only by selling its own brand of tea called the RS Pathy Nilgiri Tea, but also by selling it in edible, chocolate-flavoured biscuit cups.

Ever since the concept was launched on June 15, the shop has been selling a minimum of 500 cups a day. “Had it not been for the lockdown, we would have seen many more people crowding the shop,” says Vivek Sabaapathy, a fourth-generation member of the business family. It was his idea to introduce tea in an edible cup. But Sabaapathy is not alone: the cups, made by Hyderabad-based Edco India, are also popular with milkshake sellers and others in different cities.

“We are the only manufacturers of this innovative product in India,” says Rohan Pamnani, MD of Edco India. He soft-launched the teacups nine months ago with a milkshake company as a trial. By the time Sabaapathy approached him for the product to be used for a hot beverage, COVID happened.

“The pandemic has put brakes, but we are now working on introducing more flavours and also increasing the shelf life of the edible teacups beyond 10 weeks,” says Pamnani.

So, how does it taste?

The cup tastes like a cross between an ice cream cone and a chocolate biscuit and holds 60ml of hot tea for about 10 minutes. That is roughly the average time people take to finish the tea before turning to the cup, which turns soggy on the inside and has that very familiar taste of a biscuit dipped in tea. 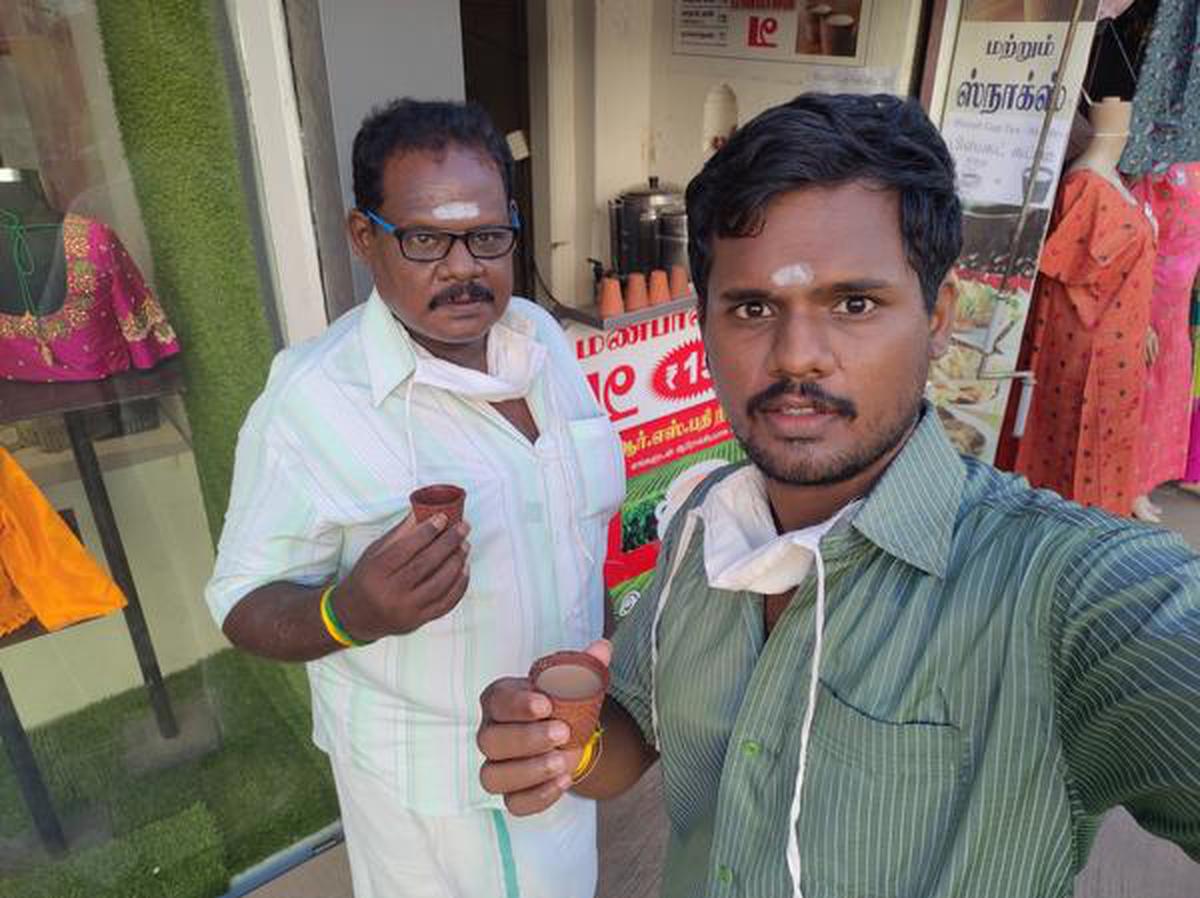 At ₹20 each, the cuppa has already earned a fan following in Madurai.

“People are finding it safe, hygienic and a little more filling than the regular cup of tea, and are also happy about its zero-waste value,” explains Sabaapathy, who had spent a year searching for something suitable to serve his brand of tea in, following the State Government’s ban on plastic in January 2019.

In the first consignment that arrived, he suffered 50% breakage in transportation and both Pamnani and Sabaapathy learnt their lessons fast.

“We are getting them in sealed packets of six each that are placed safely in recyclable crates (similar to egg crates),” says Sabaapathy, who is also tying up now as a stockist for Tamil Nadu.

The lockdown has delayed deliveries, but the breakage has now been reduced to less than 20% with improvised packaging, he says, and also hopes to get multiple flavours of the biscuit cup soon.