What does a legacy brand with roots in Russia and French heritage have in common with a fairly new whiskey maker from Ireland? That would be The Emerald Isle, a new collaboration between Fabergé and The Craft Irish Whiskey Co (CIWC), that includes seven collectible sets with rare 30-year-old whiskey inside. The collection, which was launched earlier this month, also features a Fabergé Celtic egg objet, and an Altruist timepiece. Each of the seven boxes will be auctioned with a starting price of $2 million.

The drink itself is special, a single malt Irish whiskey, which has been aged in American oak casks that previously stored bourbon, and then finished in a rare Pedro Ximénez sherry barrel. “This maturation process has imparted profiles that range from chocolate fudge and maple syrup on the nose, to sweet leather and silky-smooth, ripe banana on the palate which flows into a long finish with hints of creamy meringue and rich vanilla cigar smoke,” informs the press note.

Josina von dem Bussche-Kessell, Global Sales Director, Fabergé, says that this project has been well over a year in the making. “The idea was to create a future classic and a modern-day heirloom… Having a 30-year-old triple-distilled whiskey come out of Ireland is an incredible feat,” she says, adding that it was only fitting that the jewellery brand created the egg objet using the traditional guilloche enamelling craftsmanship. Each egg opens to reveal an uncut emerald sourced from Gemfields’ Kagem mine in Zambia.

CIWC’s design director Tiago Russo picked seven wonders of Ireland, chosen for their historical and mythological significance. “Each place, like The Blarney Stone and Giant’s Causeway, is represented by different gemstones on each egg’s exterior: emerald, blue sapphire, ruby, amethyst, rhodolite, spessartite or tourmaline,” says Jay Bradley, founder of CIWC. The experience box features illustrations of these landmarks, showcasing the egg and revealing the handcrafted whiskey bottle once it is opened. 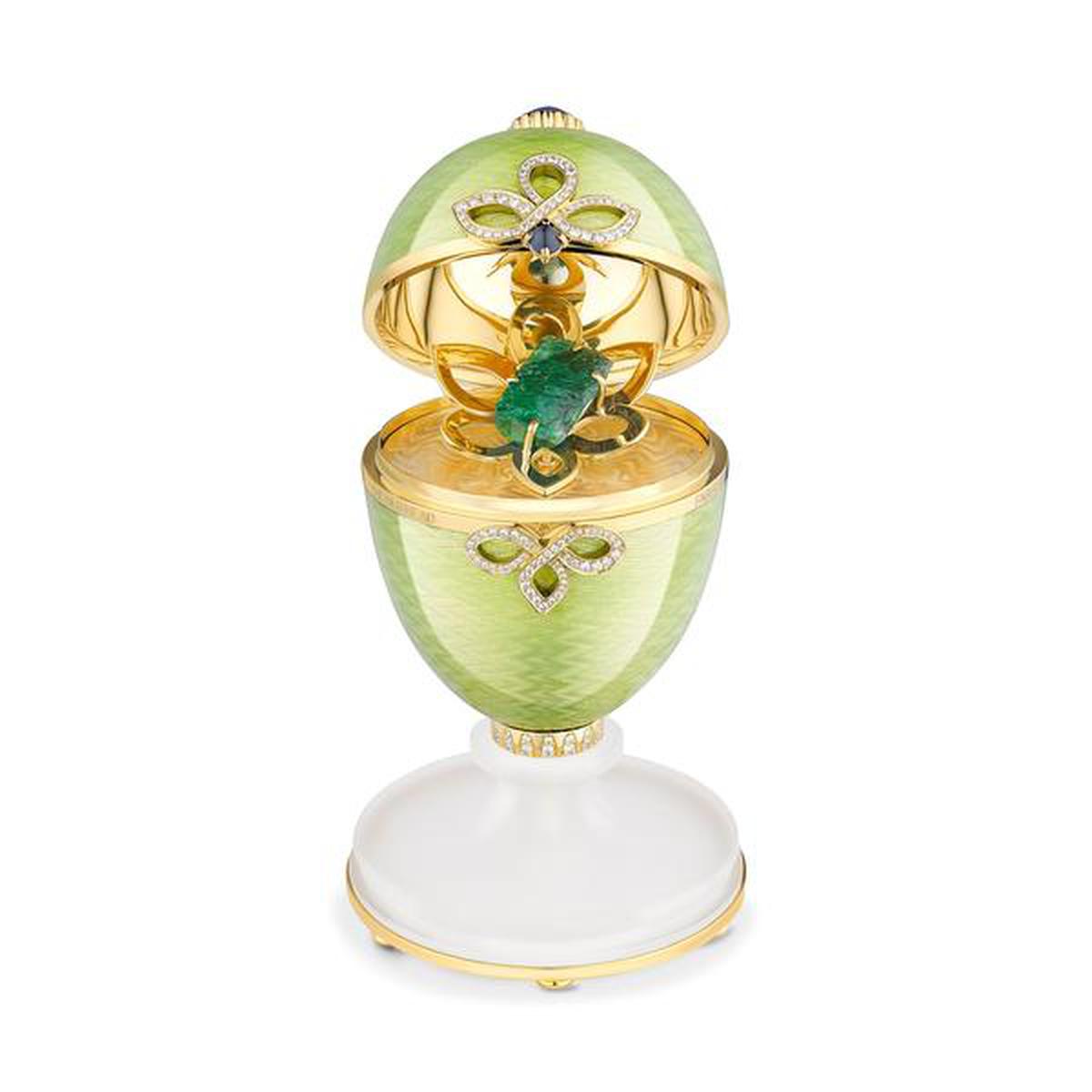 With each dark walnut experience box featuring two bottles of ultra-rare, 30-year-old, triple distilled Irish whiskey, and the creations from Fabergé, I wonder if this is the future for luxury brands? To collaborate and create products that appeal to a larger consumer base. Bradley says, “Working with Fabergé has really enabled us to elevate and reinvigorate Irish whiskey and re-establish its rightful position on the global stage.” Bussche-Kessell agrees, adding that she believes that such a partnership “is more about appealing to new and different niche client groups which otherwise may remain separated”.