Fresh, local, artisanal are what the conscious food movement is at today, and here are Andaz Delhi’s AnnaMaya awarded brands that are feeding it

Last month, Andaz Delhi launched the AnnaMaya Artisan Awards to celebrate local talent and artisanal processes that feed into the plant-forward way of life. These are brands they use in their kitchens and offer at their tables. Here are a few that won, and how you can get access to them.

About 90 km from Dhaula Kuan, Delhi, is Tijara, in Rajasthan, where Sneh Yadav set up her farm in 2011. She spent over two years converting it into an organic, biodynamic area, growing about 40 types of crops at a time. “Initially institutional buying was zero, only individuals and stores were accepting our produce,” she says, of the many years of struggle, before the chefs at AnnaMaya launched in 2016 with seasonal, local vegetables and grains from Tijara. “They would tailor dishes according to what we grew, so every month they’d have a new menu,” she says. That same year three-Michelin star chef Alain Passard visited the farm and cooked with its produce. Explaining the concept of a biodynamic farm, Yadav, who holds a post graduate degree in plant genetics, says that 80% of the farm’s requirements have to be generated from within. “My food, my cow’s food, the soil’s food, all have to come from the farm.” There are certain herbs and minerals added to the soil that are cultures of good bacteria. It’s a holistic approach to farming, started by Ruldolf Steiner, in the early 1924. The farm has been OneCert organic certified for the past eight years, and currently also have from-the-kitchen foods.

At @tijaraorganic on Instagram; ₹500-800 minimum order if in the delivery radius around Delhi-NCR Based in Mukteshwar, Uttarkhand, the farm, set in 100 acres of the Amaravati Orchard Estate, has been making cheese since 2017. Co-founders Saurabh Vinayak, who is a real estate developer in the hills, and Arvind Chawla, a management professional, began the venture so people would make the progression from ultra processed cheese to the artisanal variety with no artificial preservatives or chemicals. “There was a health aspect, and the passion and belief that there is this niche which exists,” says Chawla, adding that it was also about the community since they source milk from the villages around and employ the residents in the cheese making process. “The younger generation is running to the cities, and they are people who have lived clean good lives,” he says of the sense of alienation that people from hill villages feel in cities and job in glass-and-steel buildings. They began selling at farmers’ markets in Delhi-NCR, went on to supplying hotels, and are now present in about 23 cities across India (including Kanpur, Indore, Amritsar). Their most popular varieties are chilli bomb zarai and gruyere. From 200 kilograms a month for the first few years, they now produce 1,000 kilograms.

At darimafarms.com; home deliveries in Delhi-NCR; ₹360 for 200 grams

Six years ago, Arun Nagpal, Manoj Khanna (in Mumbai), and Gurveen Kaur Sood, all having worked in the corporate sector, got together to form a social enterprise, Mrida, Sanskrit for soil. The aim was to establish a business while providing small and marginal farmers who were growing millets and amaranth, with market linkages, for “sustainable livelihood opportunities,” says Nagpal. Then in 2017 Earthspired grew out of the need to have value-added products under the umbrella of a brand. They introduced flour that was a mix of different grains (foxtail millet, soya, amaranth and more), protein rich, but not too different in texture so people would not have to change their eating habits: a roti or a waffle could still be made. “Wheat has 11 grams of protein in every 100 grams. Our mix has 23 grams per 100 grams,” says Iksha Chhabra, food technologist and nutritionist who is the group’s business head. They then introduced cookies, “further up the value chain” as Nagpal puts it, and then ready to cook (upma, khichri) and ready to eat snacks (puffed amaranth). They work with farmers primarily in Uttarakhand, and also in Karnataka and Uttar Pradesh. Earthspired is taught as a case study at INSEAD, under the topic ‘Building a Brand for Social Impact’. 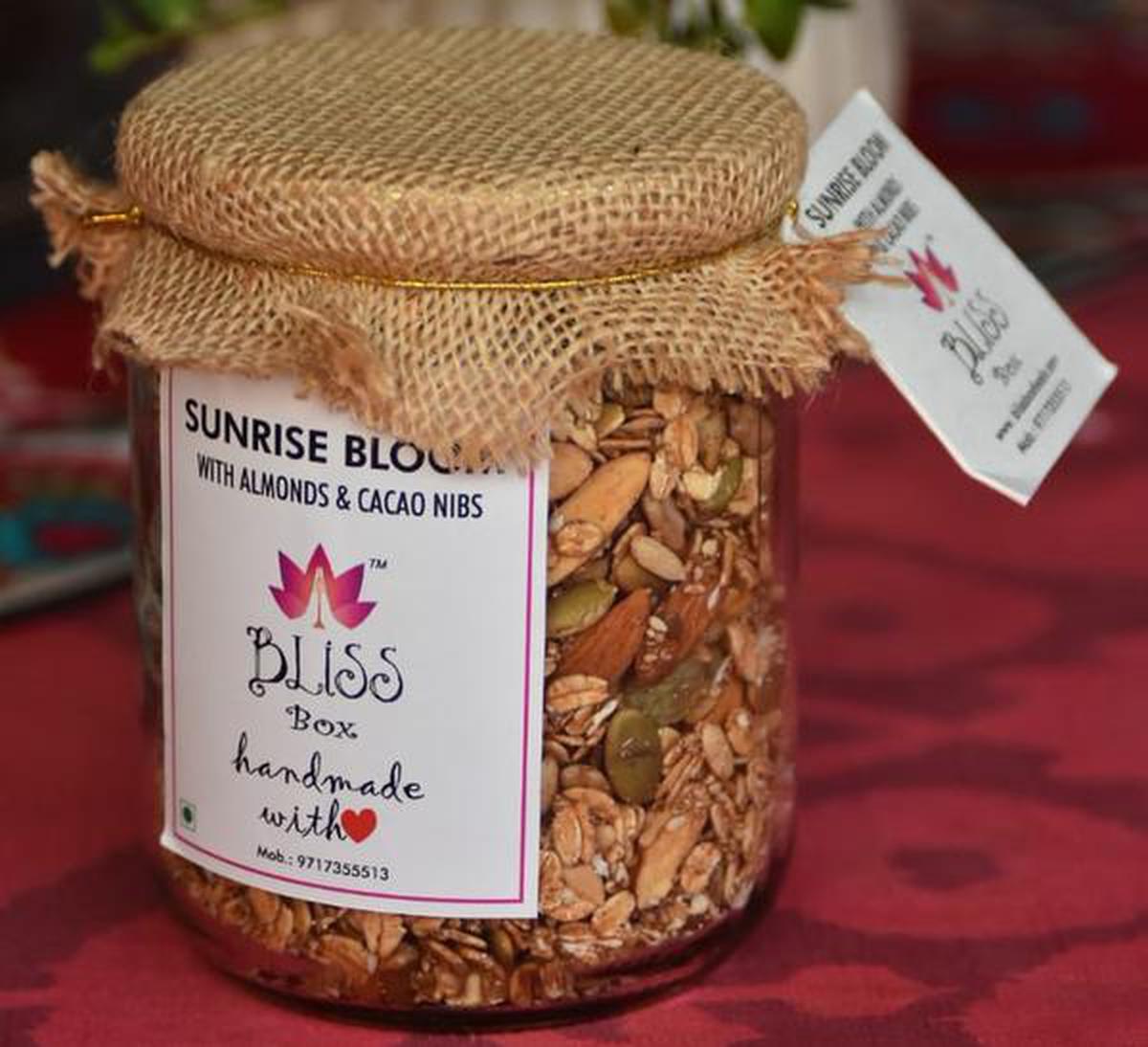 Started in 2018, Anju Kalhan, a yoga instructor in Delhi, says her food journey started with fitness. “At a gym class someone asked me, ‘What do you eat?’” From there, she began to think of constructing a brand around healthy ingredients. “A lot of people know they have to eat healthy, but they don’t know how,” she says. Her besan laddoo and granola are the most popular items, but she also does snacks: biscuits like chana-sattu-almond, ragi-cashew, jowar-saunf; snacks like bajra mathri; and breads on order. She uses ‘A2’ ghee instead of oil or butter and jaggery instead of sugar.

At @blissbyanju on Instagram or Delhi’s The Earth Collective on Saturday and Sunday, 9 am to 2 am; ₹300 upward Arjun Kapur was in IT in the US and his wife Nivriti Rohatgi Kapur was in marketing, until they came back to Noida in 2016 to start the brand that markets what Kapoor calls “the base of all cooking, whether savoury or sweet”: salt, sugar, spice blends, vanilla pods. Their Himalayan Pink salt comes in from Pakistan via their supplier in Amritsar, and the sugar from Uttarakhand. Neither is chemically altered, he says. There are 12 salt variants (Smoked Italian Herbs & Aged Balsamic, Smoked Onion Garlic Chilli Pepper see the highest demand) and eight demerara sugars (Cinnamon & Vanilla, Espresso & Dark Chocolate are the most popular).