When Bhagya and Robert Barett met on a blind date at an Irish pub called Tom Collins in Limerick, Ireland, they had no idea that their romance would be encapsulated in a Malayalee-Irish gin, just five years later.

The couple recently launched Rebel City Distillery in Cork’s historic docklands, in a former Ford factory building. Although the boutique distillery is just a few weeks old, it is already drawing international attention for its first launch, Maharani Gin. “We still have to put up our sign board,” says Bhagya. Robert adds that they currently have just one employee. With Bhagya still working as a senior programme manager at Dell, Robert, who is a biochemist turned fine spirits expert, is handling production, with help from his father, Brendan. Maharani’s intriguing bottle has been doing the rounds on WhatsApp and social media for its clever efforts to encapsulate both their cultures on the label. Using Pantone’s 2020 colour of the year, Classic Blue, the Malayalam lettering includes the word viplava (rebel) spirit, which Bhagya says is a nod to the rebellious history of both Ireland and Kerala.

Over a phonecall from Cork, Bhagya — like a freshly poured G&T — is bright and effervescent, while Robert is quiet and endearingly wry.

Explaining how she grew up in Kollam, then worked with HCL Technologies and Tata Consultancy Services in Chennai before moving to Madrid for a project, and then Dublin, where she got a job with Dell, Bhagya explains that the couple has strong links with Kerala. She switches excitedly between Malayalam and English as she speaks, punctuating her sentences with bursts of laughter. “We had a wedding on the backwaters in Kollam. It was adipoli.” Robert placidly explains his background, when she pauses. “I’m from Cork originally. I started with Biochemistry, then moved to Edinburgh to do a Master’s in Brewing and Distilling at the Heriot-Watt University in Edinburgh.”

He then worked in Ireland, with Kilbeggan (now Beam) and The Shed Distillery. And in Canada, with Vancouver-based Central City Brewers and Distillers where he set up and established their distillery focussing on whiskey, gin and vodka.

“I wanted to start a distillery, and I was talking to Bhagya about gin. She suggested using nut meg, cassia and pomelo from Kerala,” says Robert. “Can I say it?” Bhagya interjects enthusiastically, “There was this chechi next door in Kollam who had the most amazing jathikka (nutmeg) and bamblimas (pomelo) when we were growing up. I also love Kerala’s cassia, it gives a special sweetness.” 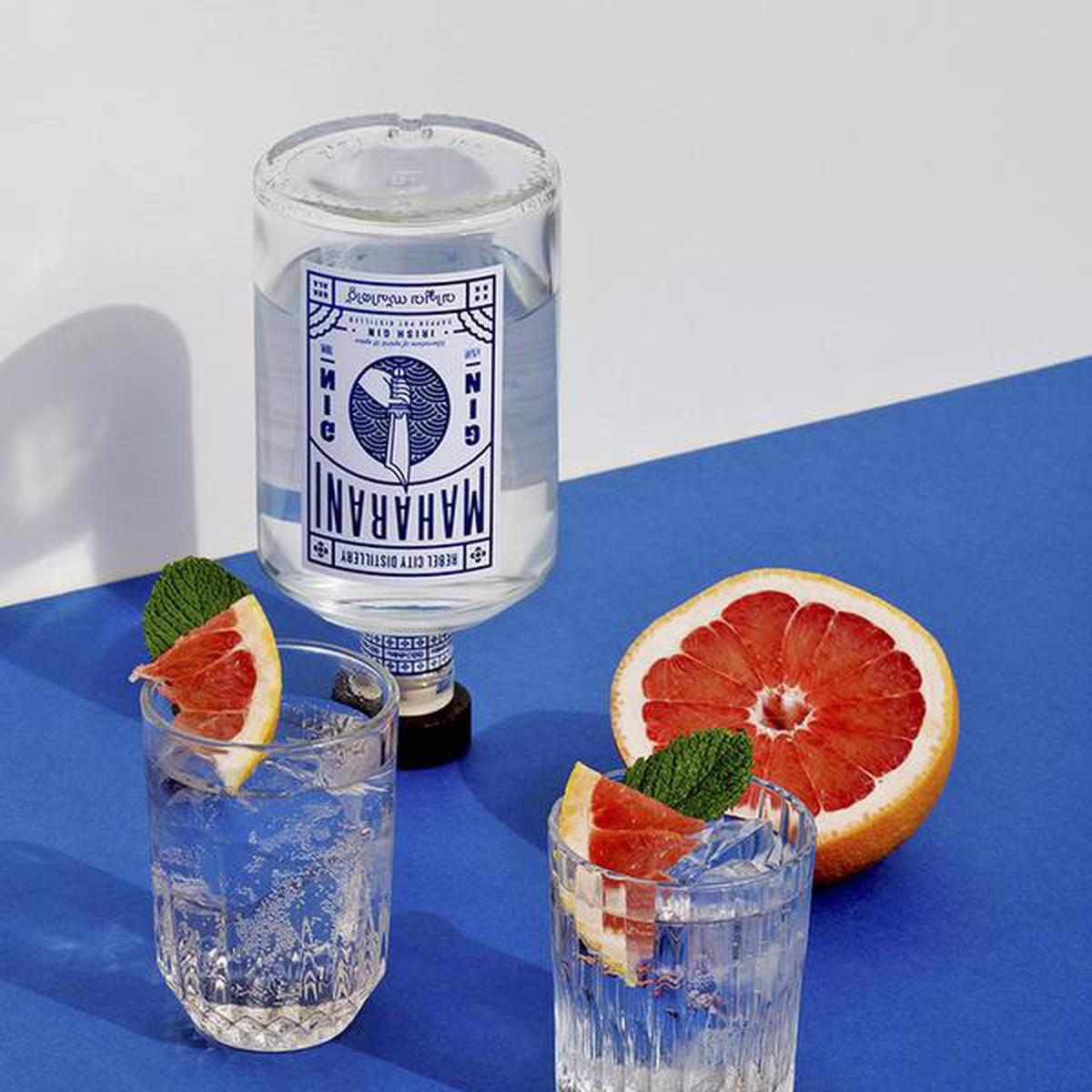 Team of two Bhagya and Rob with a bottle of Maharani Gin; (top) the distillery in Cork, Ireland special arrangement

Scouting around Kerala for farms, the couple discovered Vanamoolika, in Wayanad. Specialising in conservation and organic cultivation of plants, the organisation focusses on empowering women farmers. “We couldn’t think of a better partnership: strong women from my homeland,” says Bhagya. “We want to go back with bottles of Maharani and open the gin with those adipoli chechimaar.”

Maharani gin blends nine botanicals, out of which the nutmeg, mace, cassia and pomelo are from Wayanad. The couple plans to source cardamom as well from Kerala soon.

Describing the flavour, Robert says “It’s citrus and spice. You can taste the element of juniper, as well as the citrus of pomelo. There is a creamy mouth feel…” Bhagya adds, “And a nice spicy, bright finish. Also that sweetness of cassia. It’s the taste of home.”

Unfortunately, COVID-19 has delayed their celebratory trip to India. While the pandemic hampered the launch, Maharani is now being sold online and served in bars in Ireland. “The response has been great so far,” says Robert. “This is the first distillery opening in Cork in 50 years, so we have got encouraging press here. With the pandemic, people are looking for good news.”

The couple is keen on retailing in India as well, eventually. In the meantime, Robert is working on their next launch: “An India-inspired rum, made with jaggery”.