These Chennai restaurants take you to Japan, Italy and Turkey, via their takeaway box

Despite a bleak year, there are a burst of feisty openings, determined to keep staff employed in the hope of a better tomorrow. Now, stay home, stay safe and explore the world

Sleek and elegant, Oyama welcomed its first customers in March. Less than a month later, it is shifting its menu to delivery-only bento boxes. Nevertheless, Andrew Rex is excited about the opportunity to serve Chennai. “I have had restaurants in Thailand for years, but I am from here, so for a long time I wanted to start something here,” he says, adding that after some thought he decided on serving Japanese cuisine, instead of Thai, which may have been an easier choice. “Everyone with lemon grass in their hand is making Thai food here,” he chuckles. “I wanted to do something different.”

With Sadiq Hussain, who manages the restaurant, Andrew decided to create a space that feels authentically Japanese, without being intimidating to people who are unfamiliar with the cuisine.

Hence, although the menu includes popular classics, from donburi to katsu, and of course a wide range of sushi, it is also encouragingly flexible. There is, for example, a wide range of vegetarian food, and the chefs are also working on increasing their vegan options, in response to requests from customers. Portions are generous, and the restaurant is experimenting with a range of bento boxes to provide colour and variety.

They have one more secret weapon: dessert. “In most Japanese restaurants here, they serve only fruit at the end of the meal,” says Andrew. “We are working on expanding our dessert menu…” For now, there is mochi ice cream and creamy, wobbly Annin tofu, a reassuringly sweet ending.

Sevki Ozertugrul could not go home, so he started making baklava. At least, it tasted like home.

When the national lockdown to slow the ongoing pandemic began in March last year, Sevki, who has been working in India for four years, realised that it would be a while before he could return to Konya, in Turkey. “Suddenly, I decided, I will make baklava,” he says, walking through his first store, set beside Buva House on Khader Nawaz Khan Road.

There was just one catch: he had no idea how to do it. 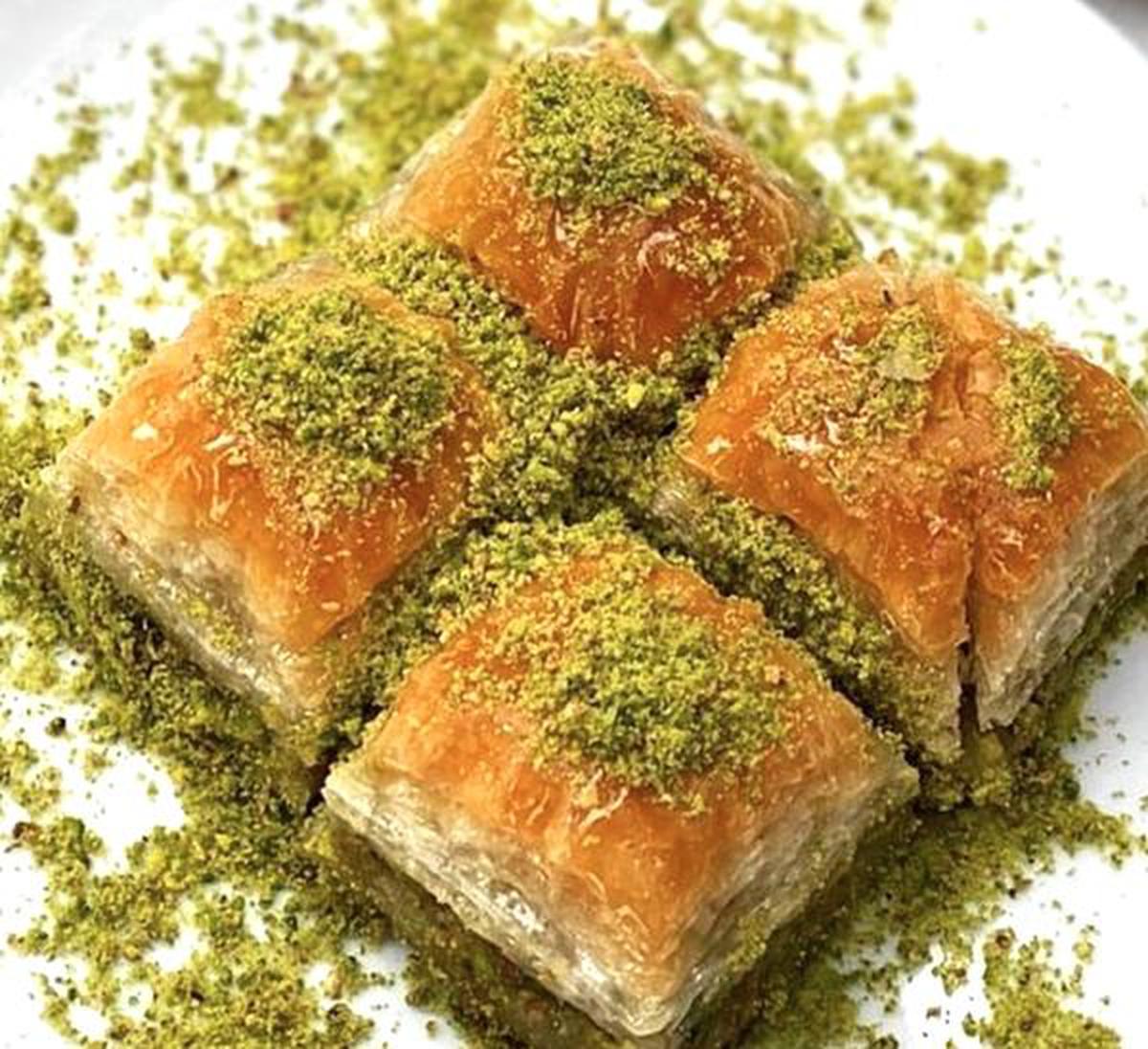 Over the past one year, a combination of YouTube classes and determination, have resulted in “Ottoman’s Turkish Baklava & Kunafa,” which began as an Instagram start-up, then gathered enough steam, and confidence, to launch a store on Chennai’s most buzzy high street.

“Baklava is a 40-layered dessert made of phyllo pastry, filled with chopped nuts and sweetened with syrup,” Sevki says, adding that it was developed in the kitchens of Topkapi Palace in İstanbul.

After a year of patient tweaking, he says his version tastes “almost perfect”. He adds, “We source everything locally — but we need pistachios from Gaziantep for proper Turkish baklava. In the future, we will add that too.”

Pistachios, walnuts and cashew nuts are encased in translucent layers of crisp phyllo, that is generously brushed with ghee. Syrup is added judiciously, so the pastry stays crunchy, ensuring it is rich, yet deceptively light.

The new space will open with baklava and kunafa, then expand into Turkish coffee. Sevki also holds out a tray of cookies, made by his wife. “I’ve forgotten what they are called,” he says, sprinting outside to ask her. He returns in a minute, smiling. “She says it was a favourite of the empire… So let’s call it Ottoman’s sweet. The taste of Turkey.”

Although their newly opened restaurant, which was bustling with cheer last week, is silent, Aarnav Merchant and Alagu Vignesh are undeterred.

With the Tamil Nadu Government announcing new restrictions to prevent the spread of COVID-19, now only takeaway service is allowed. So, instead of serving their signature fresh pasta at the restaurant’s tables, they are thinking of ways to help you stay home safe and stock your fridge. 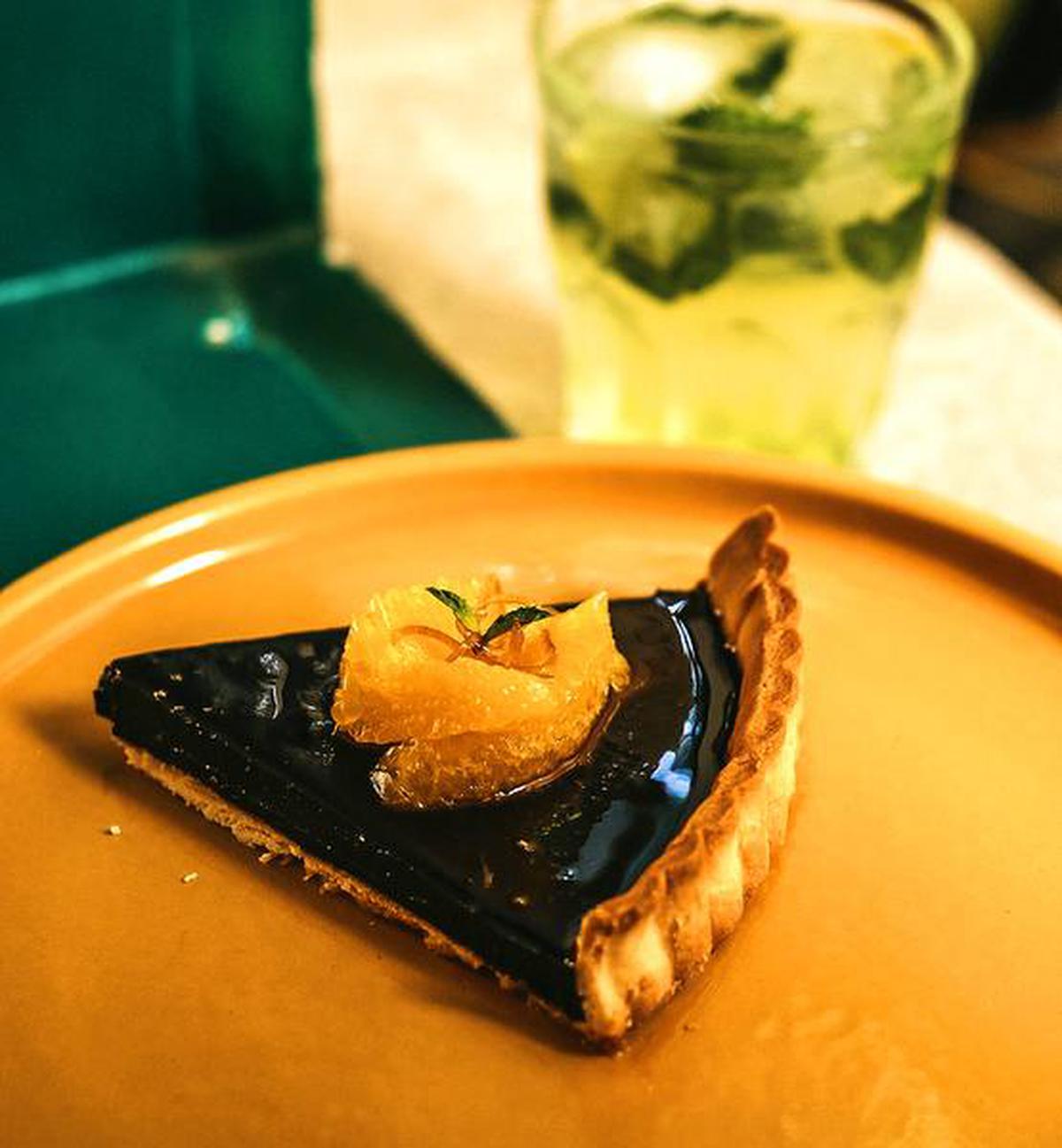 The young chefs, who graduated from IHM Mumbai (The Institute of Hotel Management) are determined to be as self sufficient as possible, focussing on making everything from the sauces to fresh gnocchi in-house, in a compact, but well-equipped kitchen.

After IHM, Aarnav went on to do the Culinary Arts programme at Kendall College in Chicago, while Alagu went to Le Cordon Bleu in Ottawa. “We have been friends for a long time,” says Alagu, explaining how they agreed on a simple menu focussing on freshness and quality.

“It’s a pasta bar more than a restaurant,” he adds, “So we do homestyle, hearty soups, lasagne, and of course fresh pasta.”

Although the menu is deliberately short, the pasta section is like a driving holiday through Italy: pesto gnochetti, squid capellini, doppio agnolotti…

“Keeping the menu small helps us play creatively with the food,” says Aarnav, as Alagu packs a portion of light, fluffy potato gnocchi, to be served with a pumpkin cream sauce. He adds, “We don’t buy anything frozen, and try to make every thing in-house. So, we butcher and break down the meat ourselves, then use the bones for stock so there is no wastage. We shell shrimp for our tortellini, and use the heads for shrimp oil.”

The takeaway menu includes white Bolognese chicken lasagna, with red sauce on the side, as well as a vegetarian ratatouille-inspired version. “We keep tweaking recipes,” says Aarnav, adding that their tiramisu is popular and they are now working on creating a mango cheesecake.

“People have started dropping by for takeway,” he states, adding with a chuckle, “Yesterday a customer came and picked up his order, then couldn’t wait to drive home, so he ate in his car.”