Where do the banana leaves for our meals come from?

The banana leaf, on which the sadya is had, is most in demand during Onam in Kerala 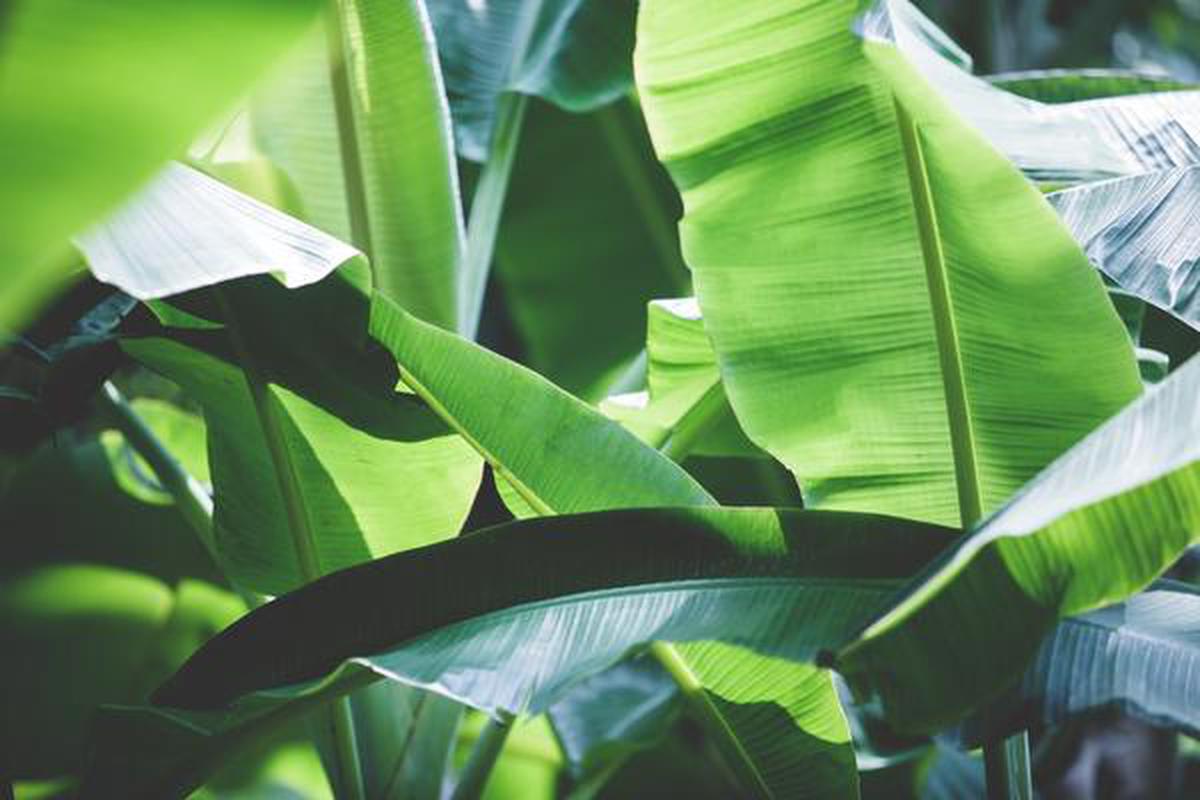 The leaf has been laid out, with its tip pointing left (this is the prescribed format in southern India) and steaming hot rice is served on it. A colourful procession of dishes follows — sambar, aviyal, thoran, koottu curry, upperi, pickles, pappadam and then, payasam. A standard sadya such as this begins and ends on a banana leaf.

The waxy green leaves are at the foundation of any southern Indian celebration worth its salt. Be it offerings to God, weddings, or a feast, banan leaves are brought in, washed and laid out first.

In Kerala, this is the season when they are most in demand. “An Onasadya isn’t really a sadya if you are not having it on the leaf,” says homemaker Sandhya Gopinath, who ensures she gets hers ready a day ahead. “For those who can just cut them off the plantain trees in their backyards, it is simple. We, who live in apartments, have to buy it from the market,” she says.

Though urban Kerala owes a lot of its greenery to plantain trees, the leaves for the sadya come from neighbouring Tamil Nadu and a few from Karnataka. “We have the best climatic conditions for farming plantain here in Kerala. But, we don’t have space and labour is expensive. It is not easy to be a farmer in Kerala,” says Akhilesh T Palunkens, who assists his father M R Thankachan in his banana leaf business.

Thankachan has been running Elakkada (leaf shop) in Kottayam for over 35 years and sells to Mumbai, Mysore, Ootty and Kodaikkanal apart from Kerala. He has a 50-acre farm in Cumbum, Tamil Nadu, where he farms the njali poovan plantain (a small, sweet popular variety of banana).

Fruit fit for a king

“People in Kerala love the njali poovan’s leaves as they are slightly smaller, softer, sturdier and have a particularly lovely shade of green, as opposed to the leaves of say, Robusta, which are dark green, thick and tears easily,” says Akhilesh. The njali poovan’s leaves are also the most preferred leaf for wedding sadyas, he adds. Last Onam season, they sold at least 10 lakh banana leaves in Kerala alone, Akhilesh says.

Though experts claim the banana is a low maintenance tree, one has to take care of a banana tree as one’s own child, says Kaja Hussain, who runs a banana leaf shop in Palakkad.

“The reason why people eat out of banana leaves here in southern India mainly, is because it is soul-satisfying. It gives a special flavour to the food too,” he adds. He sells a thooshan ela (the portion of the leaf from the tip up to the centre, big enough to be had a meal on) for ₹4. The squarish pieces from the centre are sold between ₹2 and ₹4, Kaja says.

“People are very particular about the specifications of their leaves,” says Manoj Ganeshan, who works as a supervisor at MKS Manjari Traders in Cumbum, Tamil Nadu, which has been doing business in banana leaves for over 40 years. “Hotels and food establishments form a major part of our customer base and we customise the leaves according to their demands.”

Depending on the variety of the trees, the leaves could vary in colour, shape, size and even taste, he says. “Some prefer tender leaves, because of their light green colour,” says Manoj. “We source leaves directly from banana farmers in Cumbum area and our customers are spread out all over Kerala, Tamil Nadu and a few countries in the Gulf region,” he adds.

The leaf is a great flavour enhancer, says civil engineer Deepa Ganesh based in Kochi, who has started Deepa G’s Tasty Treats, which retails pothichor (rice and traditional curry wrapped in heated banana leaf) and erachi chor (a preparation of rice and meat). She lines containers with banana leaf before sealing it as it keeps the food fresh longer and imparts an aroma. She even creates little sachets using the leaf for pickles and salad. “This makes it healthy and eco-friendly,” she says. “It also adds a hint of nostalgia.”

From masala kalakki to mutton uppu curry, rounding up the ‘Spice Boys’ of Chennai