Why the country chicken is now ruling the roost

In the quest for local foods, the country chicken is now even more popular with all its free-range, easy-fed goodness

The world over, chefs, nutritionists and food activists are all rooting for #eatlocal. This includes grains, dairy products and meat products. In India, a quiet but determined movement has begun in homes and restaurants — a return to country chicken.

These chickens are not the regular white-feathered ones seen in cages at meat shops. Country chicken have feathers in different colours, and mostly graze in the open. The meat is slightly tougher than white poultry meat, but when cooked, is juicy and soaks in spices beautifully. Which is why, though broiler chicken is consumed in huge numbers around the country including villages, it is a traditiona to treat special guests in villages to a dish made with country chicken. 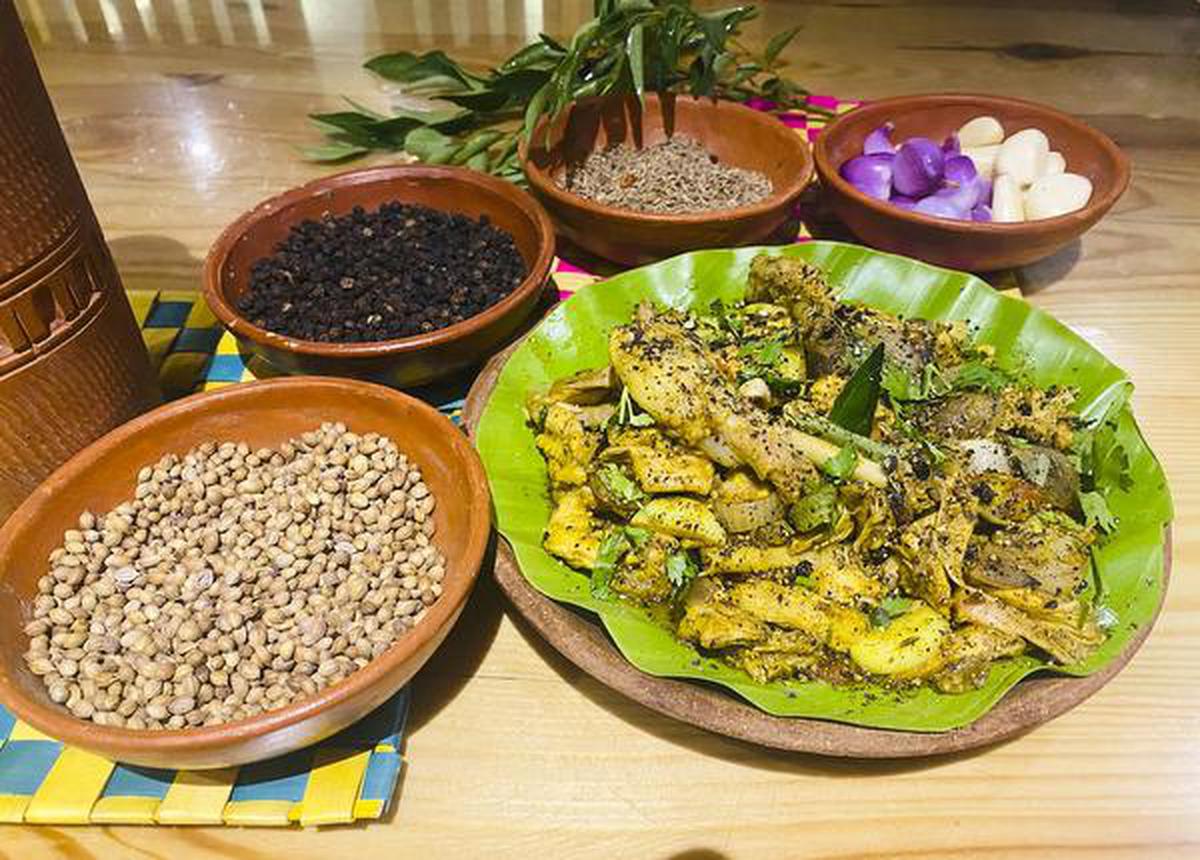 According to Chef Joe Manavalan, founder of Licious, an online meat and seafood delivery service that has its presence in nine cities in India including Bengaluru, Hyderabad, Mumbai, Pune and Chennai, “Country chicken is the future. Consumers are more aware and prefer to have meats that are naturally-fed, reared or grown. Our orders these days are specific; customers ask for smaller birds (that means it is not overfed artificially).”

He adds that during lockdown, the brand saw a steady rise in requests for country chicken. “When we listed it on our menu, we ran out of stock within no time. If one gets the real taste of country chicken, it would be hard for them to go back to eating the broiler bird, especially in an Indian curry. At the moment our broiler to country chicken ratio is 80:20. Even though country chicken costs almost thrice the price of broiler meat, the demand is fast rising and shows a steep rise during regional festivals.”

Country chicken’s slightly tougher meat, which means it takes longer to cook, made it less popular once broilers were introduced to the Indian consumer in the early 1980s. The broiler birds were also preferred because they were economical both in terms of cost and quantity. “A country chicken yields less meat because if it is free-range, it only feeds on what it finds unlike the broiler birds whose only job is to eat within a small cage,” adds Joe. However, with this rising demand, farmers are back to rearing country chicken.

Toddy tapper and farmer Yadiah, from Mall village in Telangana says, “We raise country chicken for our own consumption. Of late, however, visitors from the city who come for toddy have been requesting dishes made with it. Hence we are rearing them for food and some for commercial consumption.”

Several boutique farmers are beginning to rear them for eggs and meat, and also to help the farm in a way. Hyderabad-based farmer and nutritionist Abhinav Gangumalla says, “Chicken help in mulching the soil, manure, and compost which in turn benefits us by improving the quality of food we plant in the soil.”

Chef Ram Prakash R, the founder and culinary director of Gourmet Tamizhan, gives a thumbs up for the nattu kozhi or country chicken. He talks about how this free-range chicken feeds on siruthaniyam (millet), asola (water fern), spinach, vegetable and karaiyan (termites), which yields tasty meat.

He lists out the popular nattu kozhi recipes of Tamil Nadu, which include pichu potta nattu kozhi sukka (shredded dry chicken fry) and nattu kozhi thanni kuzhambu (a runny soup chicken curry made with country chicken). These dishes are traditionally based on the season: in summer, cold-pressed gingelly oil can be used in the preparation of nattu kozhi dishes to reduce body heat.

Hyderabad-based farmer and nutritionist Abhinav Gangumalla confesses that the county chicken is his favourite subject of discussion.

He adds, “They are selective in what they eat. Unlike herbivores, they don’t simply go on a pecking spree. They select their greens, peck on insects and feed on grains. The logic ‘we are what we eat’ applies to these birds as well.”

Abhinav explains that it is also a more humane way to raise the birds, as opposed to the broilers who live their lives in small, stacked cages. “This kind of rearing only makes the bird gain weight. In a way, it is forced to eat food that is made industrially. The small cage often leads to the bird getting hurt, as it cannot move.”

He adds, “Country chicken is expensive when compared to broilers because they take time to grow and lay about 14 eggs a month, as against 30 eggs by the broilers.”

Abhinav also suggests that, while the broiler is a cheap source of protein, customers should ideally ask for birds that are smaller and weigh less, as that means they are young and have hence been raised on less artificial feed.

(With inputs from Soma Basu)

Country chicken also have a special connection with the weather. In Assam, locals begin to daydream about peppery country chicken curry when the temperatures dip in December and January.

Says home chef and mixologist Arzoo Ahmed, “The pepper in the chicken adds to the body heat and invariably goes to clear a blocked nose and sore throat. This is probably the go-to chicken curry in every Assamese home,” specifying that “the curry has to be slightly runny but thicker than a clear soup.”

It’s a blessing that Fa Yian delivers — food and memories

It’s a blessing that Fa Yian delivers — food and memories